As we build up to Automotive Safety and Security Online at the end of the month, we have a new interview with Intel’s Jyotika Athavale. She will speak at the event, and our Q&A lets you learn more about her work, and give a sneak preview of her talk.

Our latest Top Five sees us pick our favorite TED Talks on the topic of the future of driverless vehicles. From how they might change the scope of the real estate market to how AVs see the road, don’t miss our picks here.

Also on the site this week, we have a new column on how Covid-19 might impact the development of autonomous vehicles. Beginning with a wider overview of how coronavirus has affected car sales globally, we zero in on AV development, using poll results of over 800 people who voted during our Autonomous Vehicles Online event.

And if that wasn’t enough, here’s a couple of other stories that caught our eye:

Tesla’s shares traded at up to $1,027.48 this week off the back of news from CEO Elon Musk that Tesla will go “all out” to ramp up production of its Semi electric truck. The news came in an all staff email from Musk this week, partly in response to the increase in investor interest in Nikola, a rival electric truck start-up.

The increase in Tesla stock value takes the company’s worth to around $190bn, closing in on Toyota’s $216bn - currently the highest value carmaker in the world. Somewhat amazingly, the valuation of Tesla makes it worth more than Ford, GM, FCA and Honda combined.

A bit of a tangent for the news this week, but Sony’s release of its latest PlayStation 5 is worth noting. The firm announced that the PS5 would arrive in 2020 at CES in January. A big reveal event yesterday focused on the games, including the return of Gran Turismo - potentially with nods to the original with the return of the carwash!

But in a classic Columbo ‘just one more thing…’ move, Sony unveiled the console’s new look at the end of the event. Available in two looks - with or without a 4K BluRay player - the PS5 has a very functional, router-esque look, made more interesting with the use of ambient lighting in the trademark PlayStation blue. The use of white and more organic curves contrasts sharply with the look of the XBox Series X, also out this year, which looks like a mini fridge.

Increasing gamification of in-car systems has been noticeable in the move towards autonomy. It will be interesting to track if the hardware or software inspires future HMI and UX in cars. 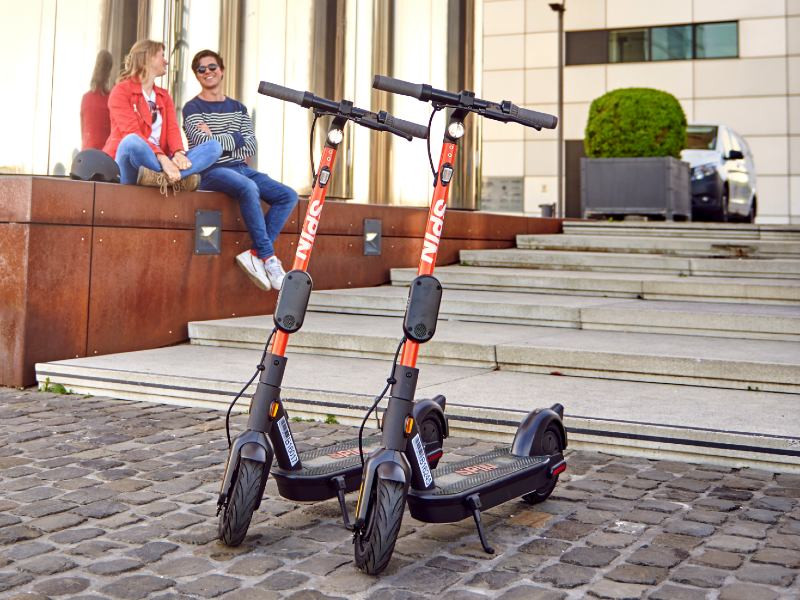 Spin, the micromobility company that Ford snapped up for $100m back in 2018, launched its scooters in Germany this week. Beginning with Cologne, then expanding to Dortmund and Essen from next week, Germany becomes Spin’s first international market, having run its services in up to 60 US cities since its founding in 2017.

The pricing structure is a little different from its competitors. Whereas the likes of Bird, Voi, Lime, Circ, Wind and Jump charge a flat 1€ unlocking fee plus either €0.15-€0.20 cents per minute, Spin charges €0.30 per minute with no fee to unlock a ride.

Spin is introducing its latest generation of scooter, which features “a large sturdy frame, a wide platform, and solid rubber tires designed to provide a smooth and comfortable ride on European cobblestone streets.” No mention of whether the batteries can be hot swapped - as with the latest Wind or Tier models - while the latter also offers helmets for riders, too.