We rode a self-driving car, and here is what we learned 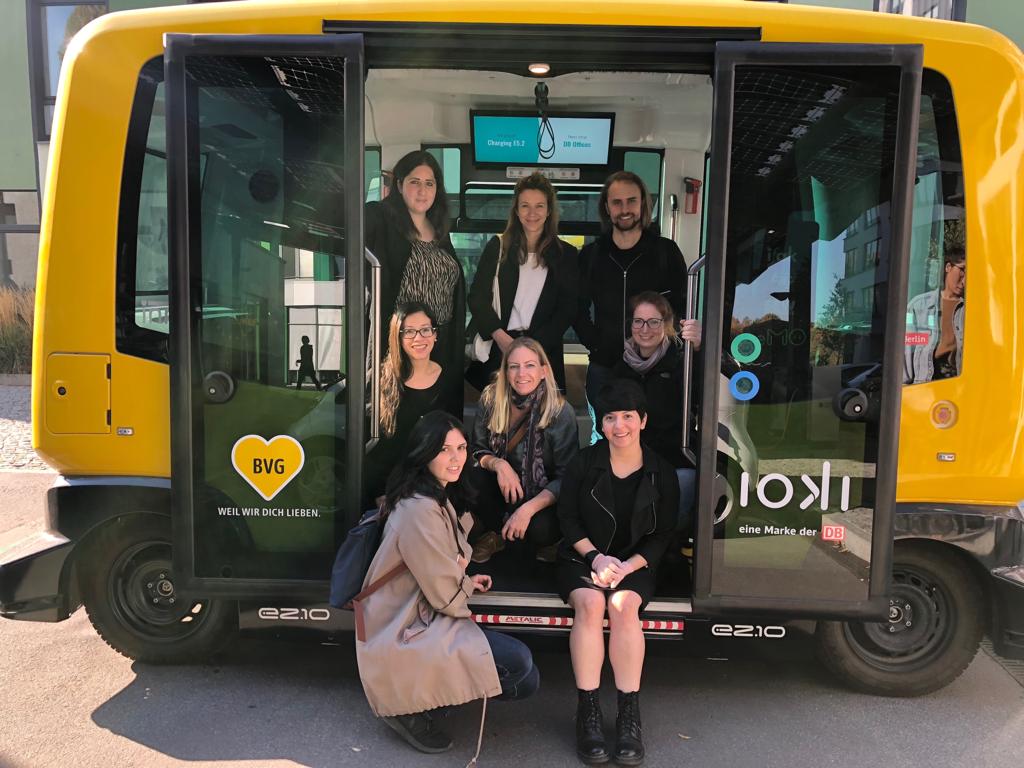 The most fascinating part of our work here in Automotive IQ is being some of the first people to know when a new technology is about to hit the market. And fortunately for us, automotive is one of those industries that is rapidly reshaping itself. We feel the buzz and the excitement and we are always curious to learn more.

One of the core discussion points in every one of Automotive IQ’s conferences is the impact of autonomous driving technology. …And while talking about this kind of technology is one thing, trying it is another.

So we took some time from our busy daily schedule to visit InnoZ – the Innovation Centre for Mobility and Societal Change working towards the development, testing, and implementation of systemic mobility innovations – operating from Berlin, Germany. We had the opportunity to spend the day with Sina Nordhoff, a PhD Student at Delft University of Technology in the Netherlands who is also the leader of user research involving autonomous shuttle busses at InnoZ. 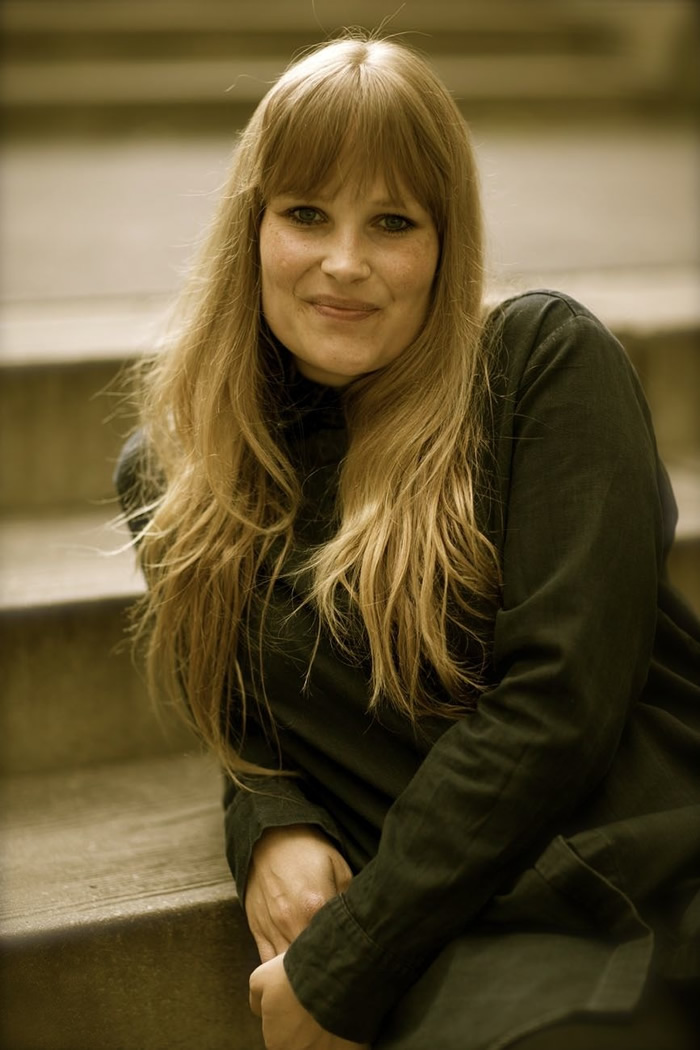 We went for 4 rides in a predetermined route, to experience a simulation of a last-mile solution to public transport, also simulating stops like a bus! 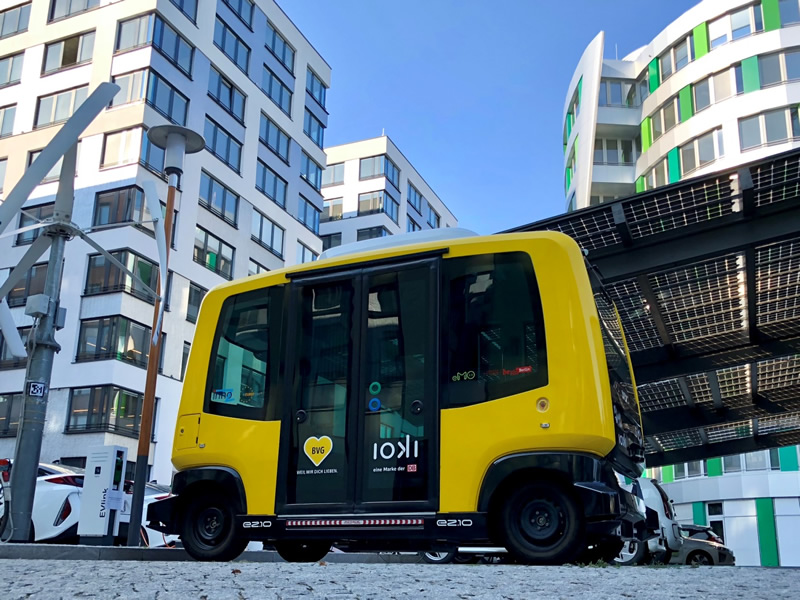 Litsa @ Automotive IQ: What drove you to start a research on the trust factors of autonomous vehicles? What was your motivation behind it?

Sina: The main reason for starting this research has been Google‘s self-driving car project. Google released its first prototype of a self-driving car two-wheeler in 2015 and I was intrigued! I knew that this development will yield massive changes to the traditional car-industry (maybe similar to the past developments with NOKIA) as well as many aspects of our social lives. Since then I have been interested in the broader societal and policy-relevant implications of automated driving, which inevitably hinge on the question to what extent automated vehicles will be adopted by the public. This is the key question I am addressing in the context of my PhD on the acceptance of automated shuttles in public transport at the Delft University of Technology in the Netherlands in cooperation with the Innovation Centre of Mobility and Societal Change in Berlin.

Our studies have shown that people appreciate the idea of using automated shuttles in public transport because these vehicles help to improve the efficiency of public transport systems by covering the gaps in system networks. The most important aspect for most of the people being surveyed or interviewed by us is efficiency: The pods simply have to be efficient and create additional system advantages that the current system is unable to provide. The majority of our respondents did not have difficulties trusting the system. For example, we are currently performing a study where we accompany people in the shuttle. We are instructing them to press the emergency button to halt the shuttle operation, but no one has used this button so far, which may also be indicative for their relatively high level of trust. On the other hand, the shuttle that we are currently working with operates in a controlled environment in a semi-public domain at limited speed. It remains to be seen how people will react to automated shuttles in a real mixed-traffic situation on public roads. Studies have also shown that trust is a function of experience/familiarity. I am confident that trust evolves naturally once the system has proven safe and reliable.

Our studies have also shown that people prefer human to no human supervision, which represents a finding that is consistent with other studies in this domain. Consequently, having a steward on board who can educate the public about system functionality, strengths and limitations can be very useful in the first stages when the public is exposed to automated vehicles. The supervision of the shuttle by the steward on board can take place remotely from an external control room in the second stage. Our recent interview study with users of the automated shuttle Olli found that trialability (i.e., exposing the public to automated driving technology in the context of trials) may improve automated vehicle acceptance.

Litsa @ Automotive IQ: In your opinion, when do you think we will see the first autonomous vehicles being integrated either in public transport or as a last-mile solution?

Sina: We can already see automated vehicles being used in public transport and/or last mile solution in the context of trials. For example, there are trials worldwide, in the Netherlands (e.g., Wageningen, WePods), Switzerland (e.g., Sion, SmartShuttle), UK (e.g., Milton Keynes, LutzPathfinder), and Germany (e.g., Berlin, Stimulate) to name only a small number of projects. The number of shuttle projects will dramatically increase from today. By the end of this decade, automated shuttles will not only operate in the context of trials but in a number of commercial projects. 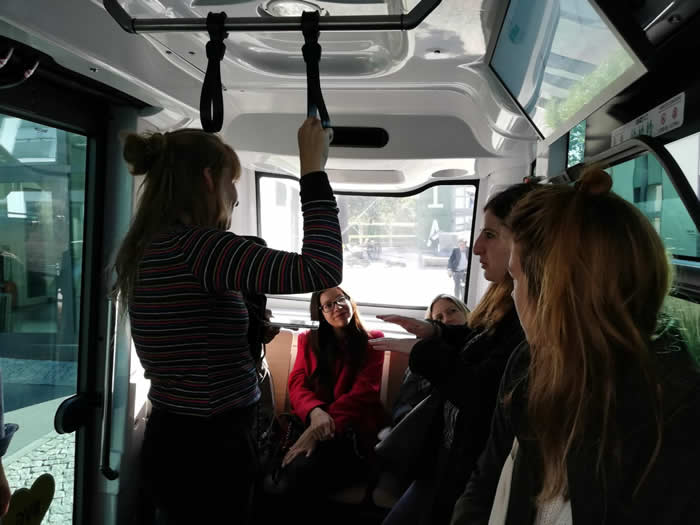 Litsa @ Automotive IQ: So America, what did you enjoy most today? Do you see yourself as a future every-day user of an autonomous vehicle?

America (Automotive IQ Conference Producer): I enjoyed learning how they are considering passenger safety and psychology in the development of autonomous vehicles. I think Berlin already has fantastic public transport, so not sure I would use it to be honest. However, be great to use it in other cities. – America, Automotive Conference Producer

Litsa @ Automotive IQ: Do you think you can achieve compliance with safety standards, as those are developed for traditional vehicles rather than automated?

Sina: Yes, I think they will if we make sure that these people can be made familiar with the technology. These populations might be more skeptical than their younger, tech- and mobility-affine counterparts, but this does not necessarily mean that they consider automated shuttles less appealing. We simply have to find ways to include them. For example, if automated vehicles can only be ordered on-demand using the smartphone and if these people do not have a smartphone, this can indeed be a usage barrier.

I think that the elderly generations are the ones who participate less in the current technical developments that can be described by fancy terms, such as machine learning, artificial intelligence, big data, automated driving, Blockchain and much more. For many of these people the current world is simply too complex and psychologically distant for legitimate reasons. Our responsibility is to democratize technology use and take these cohorts into our focus. Not least because they are expected to be one of the early adopters or first users of automated vehicles.

Litsa @ Automotive IQ: In case of a mechanical error, to whom will the vehicle communicate? For example, will it reach out to an emergency service, police, operator, etc?

Sina: First, the vehicle will communicate to the operator either on board the vehicle or in an external control room. The manufacturing/software company is also informed as the cause of the error has to be identified. Automated vehicles will also have to communicate to the police once they operate as part of a larger network. 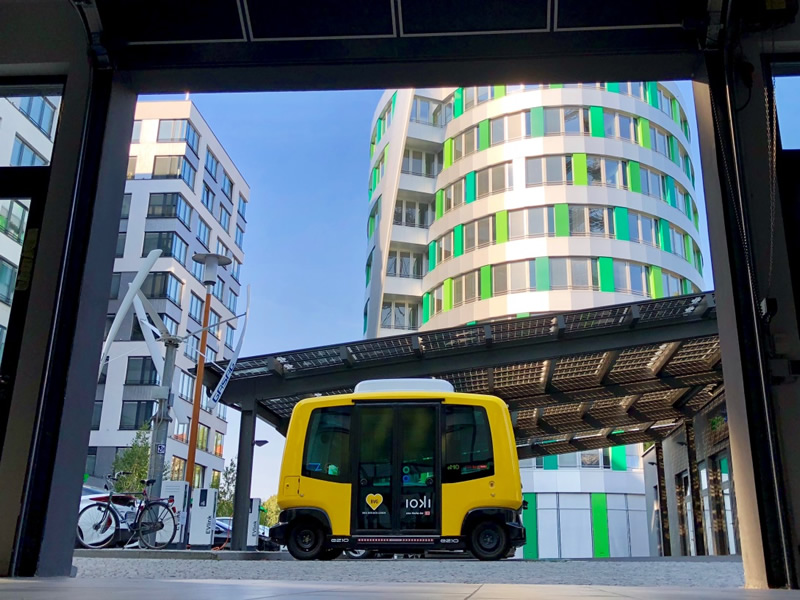