FCA and Renault merger: self-driving tech and emobility strategies could get boost 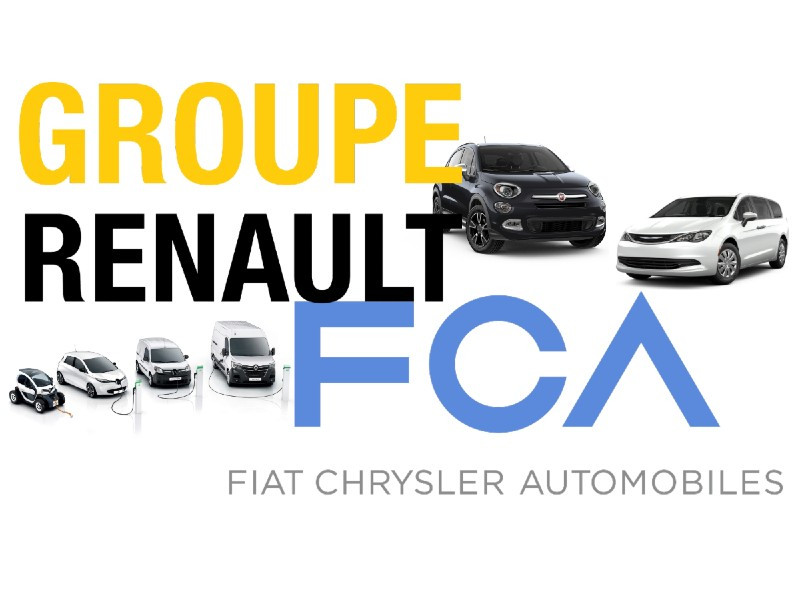 On May 27, Fiat Chrysler Automobiles delivered a proposal to the board of Groupe Renault suggesting that the two firms enter into a 50:50 merger.

As a result, Groupe Renault confirmed receipt of the proposal, convened a special board meeting to discuss how to proceed, and then announced it plans to study the offer in detail.

FCA suggests that the combined global group could sell around 8.7 million vehicles, and deliver over €5bn of savings. The proposal is just between FCA and Renault, although the latter’s alliance partners, Nissan and Mitsubishi, also could stand to benefit. With the partners added, sales would top 15 million cars per year, making it the world’s third-biggest carmaker.

While we know the broader implications of the deal, with an expanded group also comes the potential for advances to be made in both autonomous drive and electrification. But what does each firm bring to the table?

Fiat Chrysler Automobiles at a glance

What autonomous and emobility technology is FCA developing?

FCA appears notably behind the curve when it comes to its future mobility strategy. The Financial Times reports that the firm has been obliged to enter into an emissions pooling deal with Tesla costing around €2bn as a result. But while we still haven’t seen much in the way of alternatively-powered cars, aside from the Chrysler Pacifica minivan hybrid, and Jeep Renegade and Compass hybrids shown at the Geneva Motor Show, the firm has communicated how it plans to catch up.

First announced in May 2016, FCA expanded its partnership with Waymo on August 6, 2018. This included Waymo increasing its driverless fleet from the 600 Chrysler Pacifica minivans it had at the time to 62,000 by 2021. In return, FCA confirmed that discussions were ongoing to add Waymo's self-driving technology to FCA vehicles. This project is intended to give FCA level 4 autonomous capabilities.

FCA also has a partnership with Tier 1 supplier Aptiv to develop level 2+ autonomous systems, which will be incorporated into FCA models from the 2020 model year.

Groupe Renault at a glance

Renault is an EV leader in Europe

In contrast to its potential partner, Renault is well ahead with its EV strategy, having begun selling electric cars in 2011. Renault claims that one in four electric vehicles sold in Europe today is one of its cars. Helpfully, like FCA, the firm also announced a business plan that runs to 2022, giving an idea of how this might progress.

Called Drive the Future, the plan includes an R&D investment of €18 billion over six years, which will allow 100 percent vehicle connectivity in some markets, the launch of 15 autonomous vehicles and the addition of ride-hailing and robo-taxi services by the end of the plan. As for EVs, Renault confirmed that it will sell eight pure EVs and 12 electrified models by 2022.

The Renault-Nissan-Mitsubishi alliance already has a relationship with Google, as its Android-based in-car operating system will begin featuring in its cars from 2021. Earlier this year, Japan’s Nikkei also reported that the alliance was due to become a partner of Waymo.

The alliance also has a solid modular platform strategy that will underpin 70 percent of vehicles sold by the combined firms by 2020. Called the Common Module Family (CMF), the strategy covers four market segments:

So what’s in it for both sides?

Right now, being a member of Groupe Renault’s board seems like an unenviable task, given the shear amount of elements to consider before approving any deal.

As we’re zeroing in on autonomous and emobility developments, a deal would give FCA a welcome leg-up. Despite its deal to provide vehicles to Waymo, it’s behind when it comes to actually implementing both self-driving and electrification in its model ranges. The brand has had plenty of administrative change, too, with former CEO Sergio Marchionne passing away less than a year ago, and new boss Mike Manley getting up to speed.

Groupe Renault appears to be further ahead in both autonomy and electric power, but would receive a significant boost in scale that could lead to significant savings, especially if FCA uses the firm’s CMF platform, allowing the electrification and autonomy benefits baked into that to spread further, faster.

Renault is also experiencing upheaval with the controversy surrounding Carlos Ghosn's departure, so the year or so of rejigging to assemble the new organization proposed by FCA isn't that different from what it may expect to experience. We're keen to see how this one plays out, but in a world where increasing collaboration is deemed essential to survival, we wouldn't be surprised to see more giant collaborations offered as the year goes by.