There are many reasons for carmakers to merge or seek to acquire competitor firms. We look at five of the most significant 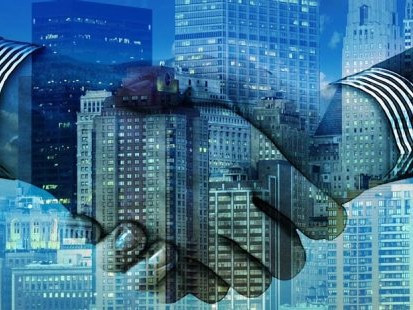 Mergers and acquisitions occur for a whole host of reasons, including synergising complementary strengths and weaknesses, to eliminate competition and ensure growth, and to facilitate easier entries into new markets.

The global automotive industry we know today has been shaped by such merger and acquisition (M&A) activity for much of its history, but this has grown significantly since the mid-1980s.

The car industry has seen a significant increase in M&As (PwC) throughout the years; a development that certainly has been influenced by technological advancement. This is predicted to increase due to the four major trends that are distrupting the automotive industry right now: Connected cars, Autonomous vehicles, Ride sharing and, of course, Electrification.

We now have to add the fallout from the coronavirus pandemic into the mix. Will Covid-19 prove just as disruptive as the CASE technologies? We've already seen the unprecidented partnership of VW and Ford, with the latter using 600,000 of the former's MEB EV platforms to build a European market SUV. And this is likely to be just the start...

Because of the importance of M&As and its major impact on the automotive industry, Automotive IQ reviews the top five mergers and acquisitions throughout the industry's history, plus gives an update on some potential new relationships developing right now.

If you are interested in latest 'smart' acquisitions, with OEMs purchasing new technologies rather than the traditional M&As, you can read our article Top Five Smart Mergers & Acquisitions - The Race for Autonomous Cars

In a so-called marriage made in heaven, according to its then-CEO Jürgen E. Schrempp, Daimler-Benz AG and Chrysler merged in 1998 in an exchange of shares as Daimler-Benz AG bought 92 per cent of Chrysler, forming DaimlerChrysler AG.

The merger was quarrelsome with lawsuits from investors over whether the transaction was a merger of equals as the senior management had claimed, or if it in fact was a Daimler-Benz takeover of Chrysler. A class action investor lawsuit was settled in August 2003, for $300m, whilst another lawsuit by billionaire investor Kirk Kerkorian was dismissed in April 2005.

The transaction claimed the job of its architect, Jürgen E. Schrempp, who resigned at the end of 2005 in response to the fall of the company’s share price. The merger was subject to a book, named Taken for a Ride: How Daimler-Benz Drove Off With Chrysler.

Daimler-Benz agreed to sell the Chrysler division in May 2007, for $6bn. Chrysler reported losses of $1.5bn, and announced its plan to lay off 13,000 employees in mid-February 2007, close a major assembly plant and reduce production of other plants in order to restore profitability. Chrysler filed for bankruptcy in 2009, which lead to the Fiat Chrysler merger (featured below).

This was called the most expensive mistake within the automotive industry. But who could predict that Tata Motors would prove itself to be the one company from an emerging market to successfully turn around a trouble and proud Western one (although Geely's stewardship of Volvo is also something to behold)?

Hence, even though it doesn’t have the biggest price tag in our list, we do believe that the Tata Motors-JLR merger played a significant role in the shaping of the automotive world.

Ford Motors, amidst struggles for its own survival, sold the iconic brand for a billion dollars less than what it had originally paid. And even so, the biggest question that analysts would ask itself then was whether Tata Motors could hold strong in the luxury car segment and lead the business to growth. Contrary to popular belief, it did.

Not only did Jaguar Land Rover thrive after the acquisition, but so did Tata that benefited from manufacturing sites in Europe and implementation of state of the art R&D centres into their core businesses. The biggest role to this success story was the decision of Tata to grant autonomy to managers in England and adopt a hands-off policy.

However, we should note that today's Tata and JLR's position isn't quite so rosy. Following difficulties with slowing demand for diesel-powered cars, and a general slowdown in China, 2018 was JLR's toughest for some years, with the firm confirming a GBP£3.6bn loss, the largest in its history. Time will tell if Tata can turn it around.

Why it's cool and on our list Bankruptcy, drama and big bucks

This merger dates back to 2009, after Chrysler had filed for chapter 11 bankruptcy reorganization on April 30 2009. On June 10, 2009, Chrysler broke out of the bankruptcy proceedings with the United Auto Workers pension fund, Fiat, and the US and the Canadian government as principal owners.

Throughout the next few years, Fiat would gradually acquire the other parties’ shares to take majority ownership of the company, and on January 21 2014, Fiat completed the acquisition of the remaining 41.5 per cent from the United Auto Workers, making the Chrysler Group a wholly owned subsidiary.

On January 29 2014, Fiat announced reorganization and intended merger into a new holding company, and on October 12 2014, the company would become known as FCA following approval of the board and shareholders.

Next up, Covid-19-depending, FCA is planning to merge with the PSA Group, which includes the Peugeot, Citroen, Opel and DS brands.

From all the brands acquired by the Volkswagen Group – including Bentley Motors, Bugatti and Audi – our attention is turned to the Porsche acquisition drama. When the news broke in 2005 that Porsche’s chairman, Wendelin Wiedeking, acquired 20 per cent of Volkswagen “to protect one of the world’s biggest carmakers from corporate-raiding locusts”, no one could foresee the end result.

A series of stock buys led to Porsche owning an impressive 42.6 per cent of VW by the end of 2008. That is when Wiedeking admitted that his plan – contrary to what was previously announced - was to take over 75 per cent of Volkswagen shares by the end of the following year.

Reaching the 75 per cent would also mean that Porsche would have the option to receive an immediate €8bn cash back on its purchase, and therefore emptying Volkswagen's cash reserves.

Fortunately for Volkswagen, amid the first signs of a European recession, banks wouldn’t back Wiedeking any more, leaving him no possibilities for completing the acquisition. When Wiedeking turned to Emirati money for help, that’s when German chancellor Angela Merkel intervened by advising sheikhs to divert their funds to Volkswagen.

Volkswagen’s response to the financially overstretched Porsche: A purchase of 49.9 per cent of Porsche. More drama ensued – including the pay off of the almost €10bn debt inherited – but at the end Volkswagen swallowed a defeated Porsche by buying the remaining 50.1 per cent of Porsche for €4.46bn in 2012.

Why it's cool and on our list Nissan to the rescue once again and Carlos Ghosn on his third mission to save the automotive world. But at what cost behind the scenes?

Why would you add a troubled Mitsubishi Motors, a company that only months before had admitted to falsified fuel-economy data and plunging sales, into a 17-year-old successful alliance of Renault-Nissan? Because numbers. Adding Mitsubishi into the equation, the Alliance now produces 10 million vehicles per year, bringing it into the third place in the automotive world, only behind Toyota Motors and Volkswagen Group, and ahead of GM.

Mitsubishi brought its strong presence in the truck market, decreased costs of sourcing raw materials given the greater economies of scale, and experience with its well-developed gas-electric hybrid systems. In the race for getting autonomous technology onto public streets as soon and as cheaply as possible, the above can be crucial success points for Nissan.

However, the ongoing scandal with Carlos Ghosn's use of company funds to finance his lifestyle, including his arrest and jailing in Japan, may cause signficant issues, including whether Mitsubishi is being caused trouble by its new owners, rather than the opposite.