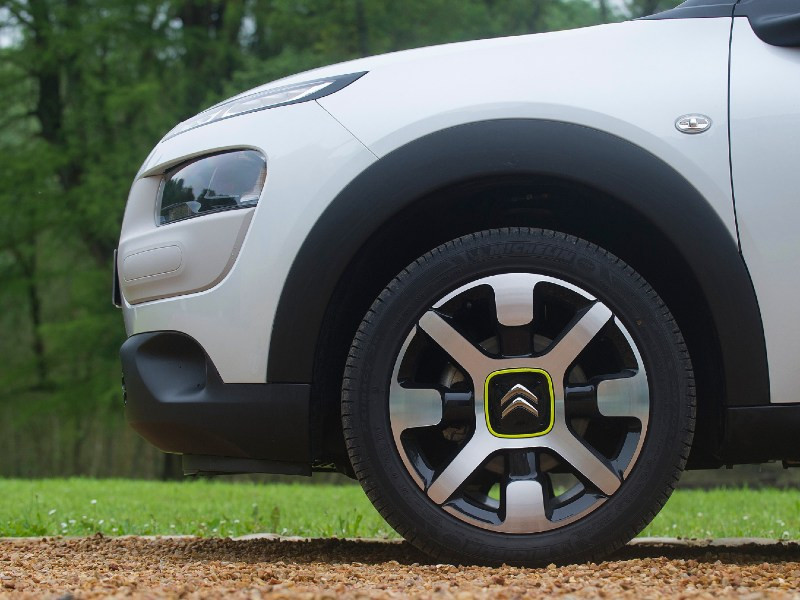 Suspension systems have for a long time been dominated by the classic combination of a spring and a shock – as well as anti roll bars.

Even though there were some exceptions in the luxury segment and France, it was a cost-effective solution to solve problems around drivability, responsiveness of the car or ride comfort and other NVH issues. But with the advent of driver assistance systems and connected cars, there is a component becoming more commonplace: electronics.

While active suspension systems have been around for decades, they never gained much traction outside of racing and high-end cars. They usually were too expensive to use more commonly. Also, the required array of sensors and servomechanisms for the hydraulic systems added weight and needed a lot of power.

Even the highly desirable ability to suppress body roll while providing comfort and control wasn’t seen as enough of a benefit to make that trade-off. The added complexity also had a negative influence on reliability and serviceability of these systems – or rather made occurring issues expensive.

Easier to handle in this regard could be an ECASS – Electronically Controlled Active Suspension System. It has less moving parts and operates without a fluid in the dampers. The system would come with a shorter reaction time and could also be used to generate power, as it is using linear electric motors as dampers, an added bonus in the age of hybrid and full EVs.

But aside from prototypes like the Lexus modified by speaker specialist Bose and a HMMWV from defense contractor L3 not much has happened in this field, and so air and hydraulic suspensions stay today’s base for active systems.

There is still development done on electromechanical systems, though. Just this year Audi presented their eROT prototype. The manufacturer says the system is very responsive and needs less room than a classic shock/spring layout.

Unlike former systems it does not use linear motors but a rotational damper. It is still able to recuperate energy by being connected to e-machines. eROT is designed to be integrated into the coming 48 V board systems in Audi’s mild hybrids.

This is made possible by sensors like cameras or LiDAR systems that scan ahead. As more and more cars are equipped with driver assistance systems like emergency brake support or lane assist, the necessary sensors are often already aboard.

The Magic Body Control of the Mercedes S-Class for example is using a stereo camera to judge the condition of the road ahead and adjust suspension settings accordingly.

The more common these advanced driver assistance systems become, the cheaper their parts will be while maintaining the necessary accuracy and performance. And it will probably not stay at this. Vehicle-to-Vehicle or Vehicle-to-X communication will enable cars to exchange information about road conditions with each other or update a cloud database containing this information. This could even be used to quickly inform authorities where a repair might be in order.

To take full advantage of this, there needs to be some sort of standardized system which as of yet remains theory.

The classics aren’t down yet

Besides all the excitement around active, recuperating and road preview suspensions, the classic damper hasn’t yet met its end. That there is still some life in the system proved no other than Citroën. The carmaker that brought us the legendary hydropneumatic suspension showed off their new Advanced Comfort prototype.

The Cactus based prototype is using dampers with “progressive hydraulic cushions” instead of bump stops. According to people able to test it, the ride was just as smooth as with a hydractive system. Playing a role in the new comfort is also new chassis bonding technology and new seats.

According to the French manufacturer, Advance Comfort is cost efficient enough to be used even in the smallest cars, so even drivers with a smaller budget might be able to experience the magic carpet ride.