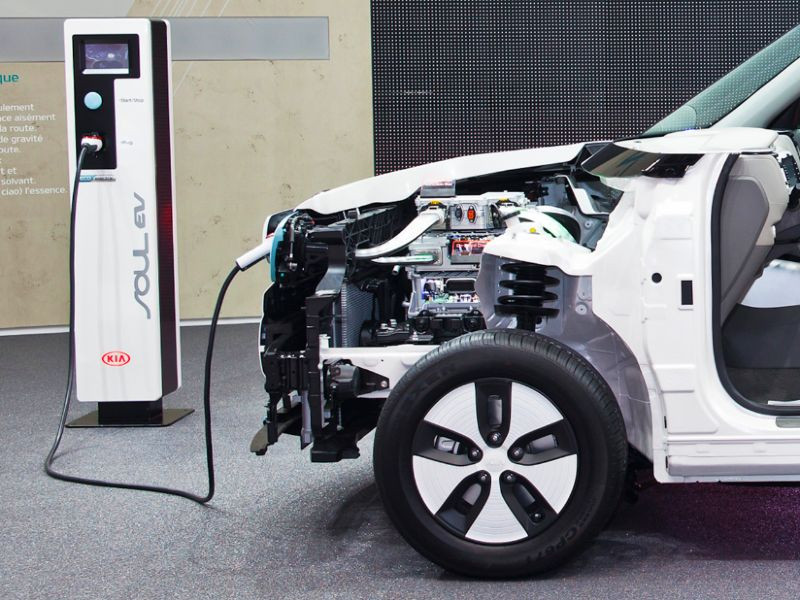 For more than a century, motor vehicle suspension systems have been associated with ride and handling.

But the rapid deployment of electric and hybrid cars has added a whole new dimension: To overcome EV customers’ range anxiety, engineers are turning to regeneration of energy.

In order to extend the range between charges, research initially focused on harvesting the thermal energy generated during braking, but with regenerative suspension systems capable of recovering upwards of 400watts on regular roads, several companies have made significant investments in this emerging technology.

When fitted to hybrid vehicles, such a system could equate to an improvement in fuel efficiency of one to five percent.

Also, many companies are seizing the opportunity to combine regeneration technology with that of active suspension control to further enhance ride and handling

The 21st century has seen the development of several technologies aimed exclusively at the electrified vehicle platform:

One of the very first suspension systems targeted only at EVs, Michelin’s Activ Wheel technology, was due for fitment to the stillborn Heuliez WILL as early as 2010. The Activ Wheel, although not regenerative technology, incorporated a pair of electric motors: A hub traction motor for the drive and another motor to control the active suspension system. The system, designed specifically for battery or fuel-cell powered electric vehicles, did away with the gearbox, clutch, transmission shaft, universal joint and anti-roll bar.

One of the very first regenerative systems was unveiled in 2011 by a team led by professor Lei Zuo from the Advanced Energy Technology and Research Center at Stony Brook University. This award-winning regenerative suspension system could recover 100 to 400watts of vibration (kinetic) energy from a passenger car traveling at 100kmh. While Lei Zuo’s system regenerated energy by pairing an electricity generator to a conventional suspension system with steel springs and hydraulic shock absorbers other methods have since emerged.

Hailing from Würzburg, Germany, the firm patented a unique "electricity-generating suspension system for hybrid and electric cars" in October 2014. In the patent application, the company claimed to increase the range by 50 percent in relation to the battery storage capacity.

In order to achieve this, the regenerative system converted a greater percentage of the kinetic energy from the vertical suspension movement, as well as that harvested from the body acceleration, into electricity by using coupled linear generators.

The company claimed that, assuming an average wheel suspension movement per meter traveled of +/-25mm, the potential energy yield from the regenerative suspension would be 15kWh over a distance of 100km.

In another novel development, Israeli startup SoftWheel, which already has the wheelchair and bicycle world talking about its groundbreaking suspension system, is now contemplating the electric vehicle market.

Daniel Barel, CEO of Softwheel, disclosed in 2015 that several car manufacturers had approached the Tel Aviv-based company about its technology claimed to harvest energy and absorb shocks, producing a smoother ride.

The wheel which incorporates a selective suspension mechanism only acts when an impact above a preset threshold is encountered. This threshold is determined according to user requirements and is easily adjustable.

Dr.-Ing. Stefan Knirsch, Board Member for Technical Development at AUDI AG explains the principle behind eROT: “Every pothole, every bump, every curve induces kinetic energy in the car. Today’s dampers absorb this energy, which is lost in the form of heat. With the new electromechanical damper system in the 48 volt electrical system, we put this energy to use. It also presents us and our customers with entirely new possibilities for adjusting the suspension.”

Audi claims that due to low inertia the eROT system responds quickly, and as an actively controlled suspension adapts perfectly to irregularities in the road surface and the driver’s driving style.

A damper characteristic that is virtually infinitely adjustable via software increases the functional scope of the system while eliminating the inter-dependence of the rebound and compression strokes that limits conventional hydraulic dampers.

With eROT, Audi can configure the compression stroke to be comfortably soft without affecting the ideally higher damping force of the rebound stroke.

Another advantage of the new damper system is its packaging. The horizontally arranged electric motors in the rear axle area replace the upright telescopic shock absorbers, which allows for additional space in the luggage compartment.

Over and above the active suspension function, eROT can convert the kinetic energy during compression and rebound into electricity. To do this, a lever arm reacts to the motion of the wheel carrier, transmitting the movement via a series of gears to an electric motor, which converts it into electricity.

During testing on German roads the system was able to generate about 100 to 150watts – from three watts on a freshly paved freeway to 613watts on a rough secondary road. Under real-world driving conditions, this corresponds to CO2 savings of up to three grams per kilometer.

Initial test results for the eROT technology are promising. Thus its use in future Audi production models is certainly plausible. A prerequisite for this is the 48 volt electrical system, which is a central component of Audi’s electrification strategy. In the next version planned for 2017, the 48 volt system will serve as the primary electrical system in a new Audi model and feed a high-performance mild hybrid drive. It will offer potential fuel savings of up to 0.7 liters per 100 kilometers.

Although the above systems have been developed specifically with hybrid and full EVs in mind there are several electric/ electronically controlled systems that also lend themselves to electrified platforms:

Challenges faced by the “too quiet” EV revolution

With manufacturers such as Honda, Ford and Tesla exploring the advantages of AWD in EVs, the use of in-wheel motors pose unique challenges for NVH engineers.

In vehicle dynamics, an increase in unsprung mass while reducing the sprung mass of a vehicle has an adverse effect on NVH as well as handling.

Furthermore, in a hub-motor EV the NVH produced by the electric motor on each wheel introduces an additional noise and vibration source: The torque vibration from the electric motor transmitted to the body through the suspension system is hard to dampen without adding more unwanted mass.

The NVH of the system is further challenged by the use of switched reluctance motors. These are used in wheel-motor-driven electric vehicles because of their high torque density, operating efficiency and excellent power–speed characteristics. However, the inherent high torque ripple and unbalanced radial force vibrations are hard to dampen.

Moreover, the frequency of the vertical force of the switched reluctance motor covers a full bandwidth which includes the resonant frequencies of the vehicle body’s vibrations and the wheel movement. As a result, the comfort of the occupants is considerably reduced.

Due to the complexity of NVH automotive engineers typically rely on the use of numerical models for NVH analysis and design. The most widely used statistical methods are the Finite Element Method (FEM) and the Boundary Element Method (BEM). Both of them can be used for structural and acoustic analysis but typically, FEM is used for structural and bounded acoustic problems whereas BEM is used for (unbounded) acoustical problems. They are mainly applicable for low-frequency analysis. For high-frequency analysis, other methodologies such as Statistical Energy Analysis are often used.

To analyze low-frequency mechanical motion of vehicle systems (such as suspensions), other time-domain integration based arrangements such as Multi-Body analysis or 1D System Simulation can be deployed.

However, by exploiting the dynamic properties inherent in many integrated material resonating elements, vibroacoustic behavior can be adequately controlled at low frequencies. This allows for lightweight solutions with excellent NVH properties while opening up possibilities to create dedicated solutions for electrified vehicles to contain and shape noise and vibration patterns.

So, after over 100 years of continuous development of the motor vehicle, the appearance of the EV, while adding an extra dimension to the ride and handling functions, is also challenging automotive engineers’ creativity in coming up with new solutions to challenges never before encountered.

When viewed as part of the greater picture, energy conservation and NVH may seem trivial, but in actual fact, they may just determine the uptake of this new technology by the consumer.