Reducing weight has become one of the hottest topics in the automotive manufacturing sector, driven largely by the need to reduce emissions to suit ever-decreasing targets.

Body and drivetrain have come under intense scrutiny in the endeavor to save weight and an array of innovative concepts have been developed over recent years to achieve it.

Some of the most fascinating advances have been seen in the use of composites to replace parts and components traditionally manufactured from steel. While carbon-fiber reinforced plastics (CFRP) and glass reinforced plastics (GRP) have great potential to reduce the weight of light duty vehicles, any designs must be balanced against the pragmatic constraints of volume production.

Safety is paramount and any designs must be structurally robust enough to adhere to current and future crash safety targets. Cost of production is also a key issue, and while processes are improving considerably, there is still progress to be made in terms of cost-effective mass production.

Another important issue is the rapid development of electric vehicles and 48-volt architecture. The electrification of vehicles over the coming decades provides various opportunities for more advanced suspension systems, and again, these must be considered as part of a holistic approach to lightweighting while improving performance.

Recent years have seen plenty of development in suspension systems and the use of lightweight materials, and it is a trend which continues.

Back in 2014, Audi introduced GFRP suspension springs in an effort to reduce weight, and the German automaker has unveiled a range of innovations since. The lightweight springs, constructed from a glass-fiber reinforced polymer composite enabled a weight saving of 2.5 kilogrammes per spring, and a 40 percent reduction compared with steel springs.

The springs are constructed of long glass fibers twisted together and impregnated with epoxy resin. This structure is then wrapped with more glass fibers at counter-poised 45 degree angles. As well as providing comparable strength to steel springs, the GFRP springs are unaffected by corrosion or chemicals and use less energy in production.

A similar advance was made by Volvo in 2015 when it introduced new leaf springs for the XC90, manufactured from a glass-fiber reinforced composite material. Behind the leaf springs were automotive suppliers Henkel and Benteler-SGL.
Henke, well-known for its adhesive technology, also produces solutions for automotive structural components using high pressure resin transfer molding (HP-RTM).

One key advantage in terms of production is that Henkel’s Loctite MAX 2 has a very low initial viscosity. This enables fast injection into the mold and excellent penetration between glass fibers, while the quick curing time could allow demold times as little as one minute per part.

To further their collaboration with automotive OEMs and Tier 1 suppliers, Henkel has established two composite labs – one opened in 2016 in Heidelberg, Germany, and one established in 2017 in Isogo-ku, Yokohama. The labs have been created to enable automotive customers to team up with Henkel experts to develop and test composite parts and to assess the best production processes to bring concepts to market.

Engineers will be able to undertake trials at the lab in Heidelberg using high-pressure resin transfer molding (HP-RTM) equipment, including a 380-ton press and injection machine for polyurethanes and epoxy materials. Technology that Henkel is working on includes a coil spring made of composites which is 30-40 percent lighter and just as stable as traditional steel springs.

The problem of cost of production is neatly highlighted by a concept at the other end of the scale – the Ford GT supercar, unveiled at its Palo Alto research and innovation center in 2016. Ford used a range of materials, such as magnesium and carbon-fiber, to significantly reduce the weight of the GT, and according to Ford CEO Mark Fields at the time, it represents “a whole decade of work into areas around lightweighting”.

At over $400,000, the new GT highlights the issue of cost, but as production processes become cheaper, the technology will trickle down to mass volume models. 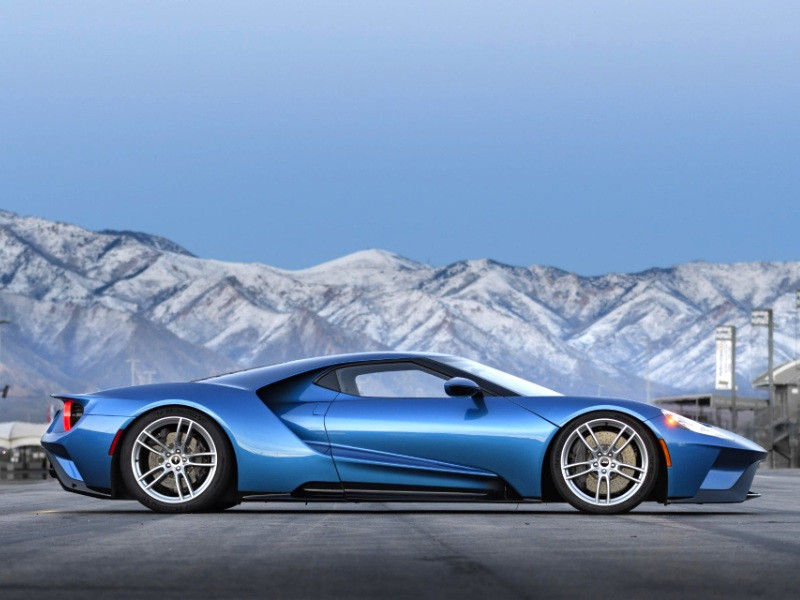 Ford continues to push the boundaries of innovation, and the GT features an active, adjustable multimode suspension system.

At the GT’s highest ride height, the torsion bars and coils act in series, such that the equivalent spring rate of the two springs in series is less than that of either one of them. In track mode, a hydraulic actuator at the base of each coil spring locks the spring so it no longer moves. This leaves the torsion bar as the active spring, providing a higher spring rate than both components combined. The higher spring rate at a lower ride height helps to prevent the car from bottoming out.

Tenneco CVSA2 Suspension System, as used in the Jaguar E-Pace 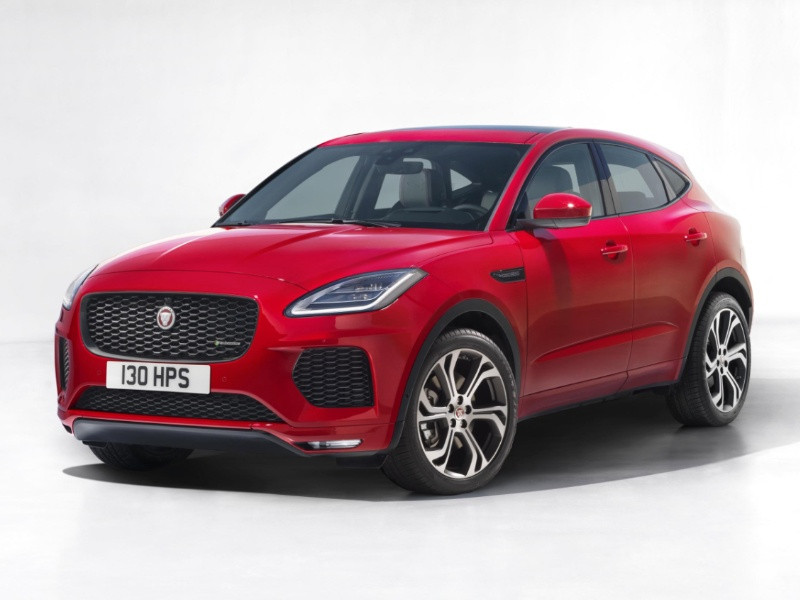 In June 2018, Tenneco announced that its Continuously Variable Semi-Active (CVSA2) suspension technology has been adapted for use in SUV and off-road applications.

Semi-active damping is controlled by an ECU which receives information about acceleration, displacement, steering, braking and speed from sensors at various locations throughout the vehicle. Based upon this information, the system is able to make independent adjustments to each shock absorber valve as required.

The latest generation of the technology is scalable to Tenneco’s new Kinetic H2 roll control and Kinetic X2 pitch control technologies, designed to improve SUV on-road and off-road performance and comfort by reducing the impact of cornering, accelerating and braking on vehicle roll and pitch motions.

In addition, the system is available with new four-corner hydraulic lifting solutions with independent hydraulic spring seats for variable height and level control. This delivers a number of benefits, including improved ground clearance during off-road driving, easier ingress for passengers, load change compensation, and reduced frontal height and aerodynamic drag during on-highway driving.

During off-road use, the system manages wheel load distribution and allows for increased wheel travel, improving terrain handling, vehicle stability and traction.
In September 2018 it was announced that Tenneco will supply suspension technology for the Jaguar E-PACE compact SUV. Tenneco’s conventional front strut and rear shock absorber will be standard equipment on the vehicle, and the CVSA suspension system will be included in the adaptive dynamics package.

BWI Group MagneRide, as used by the Audi S3 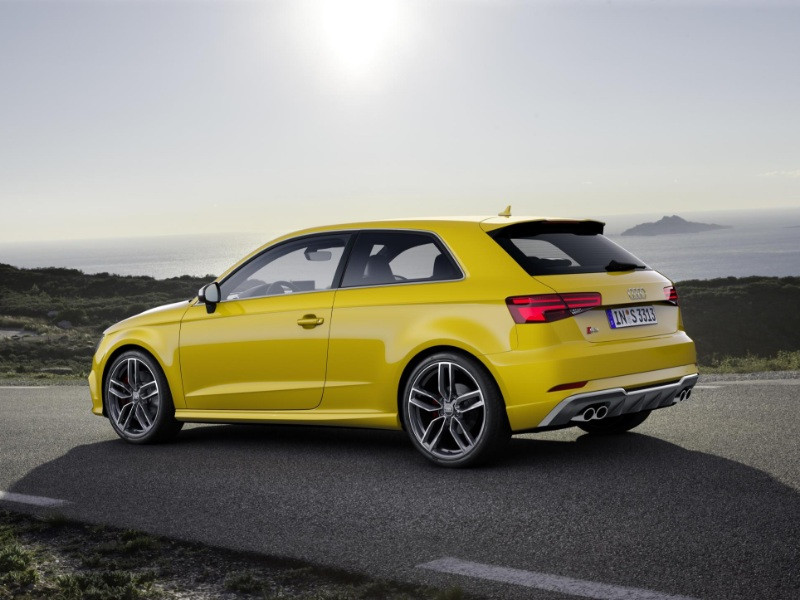 BWI Group acquired Delphi Chassis Systems in 2009, and has since gone on to develop its MagneRide suspension system which is now available in its third-generation form.

The key to the MagneRide system is the Magneto Rheological (MR) damper fluid which contains tiny iron particles that can be quickly and temporarily magnetized by energizing electrical coils in the damper piston. When there is no current, the particles are randomly dispersed and the damper is in its softest setting. When a current is applied, the particles are attracted to one another, in proportion to the strength of the magnetic field. This increases resistance to flow and stiffens the damping. The third generation, twin-wire dual-coil (TWDC) MagneRide units adjust their damping 1000 times per second to provide optimal control and response, whatever the driving conditions.

Building on that success, BWI Group is opening a new plant in Greenfield, Indiana, in 2019, from which the company will launch the fourth generation of the MagneRide suspension technology.

More recently, BWI Group has developed two new passive damping systems, one of which – the Hydraulic Compression Stop (HCS) system – earned BWI a nomination in the Efficient Dynamics category of BMW’s supplier innovation awards at the end of 2018.

The two new systems, Hydraulic Rebound Stop (HRS) and Hydraulic Compression Stop (HCS) have been engineered to provide additional functionalities and benefits over standard passive dampers. The new features enable efficient handling of forces transmitted from the suspension into the vehicle’s body at the end of the damper stroke.

These forces can often create noise and contribute to a harsh ride. Energy management at the end of the damper stroke is about developing additional damping forces at a given threshold position at both movement directions of the wheel – compression and rebound. The additional damping developed at the end of the stroke allows efficient dissipation of the energy, thus improving ride quality and NVH, without affecting the primary tuning delivered by the standard valving of the suspension damper.

One study carried out by ZF demonstrates the use of GRP to reduce the number of components in a typical axle. Where a conventional chassis features a complex control arm and spring concept, the ZF engineers have used a single component – a wheel-guiding transverse spring. As well as reducing weight, the component reduces the complexity of the axle, making it easier to install.

Another innovation is the lightweight MacPherson suspension strut with an integrated wheel carrier, which is made of GRP and weighs just half as much as conventional steel suspension struts. The concept is based on use in mini and micro cars under a ton in weight. An upside-down design for the cylinder tube compensates for high bending stress, and the strut provides all the characteristics of a modern damper. ZF is working on applying this technology to larger vehicles.

Innovations in suspension design show that there are several ways in which development can progress. The use of lighter metals and plastics can provide engineers with greater freedom of design as they develop the next generation of suspension systems. However, this development must always be balanced against cost of production, increasing crash safety targets and overall integration with the powertrain – particularly with the anticipated advent of 48-volt electrical systems.