Motivated by the worldwide demand to reduce emissions the automotive industry has responded by stepping up electrification of many traditionally mechanical systems. Everything from supercharging to power steering have been electrified to not only reduce emissions, but at the same time improve safety, reduce complexity and offer a better driving experience.

The simple architecture of electric power steering systems compared to their hydraulic predecessors carry many advantages; such as reduced weight, maintenance and fuel consumption while offering improved variable steering response at different speeds. At the same time, the ease of integrating features such as electronic stability control and self-parking are fueling consumer demand.

Driven by this demand the global electric power assisted steering market was worth $29.3Billion in 2015 and is estimated to grow at 11.4% per year through 2020 to reach $50.2 Billion. At $16 billion Column drive was the largest market in 2015 followed by rack drive steering. However, due to the improved driver comfort and safety offered by Dual Point Pinion EPS these systems are set to show accelerated growth, according to a report by IndustryARC.

Quick to capitilise on the flexibility of EPS, several suppliers are working on the integration with other smart systems already deployed within ADAS, to improve vehicle safety and enrich the driving experience. 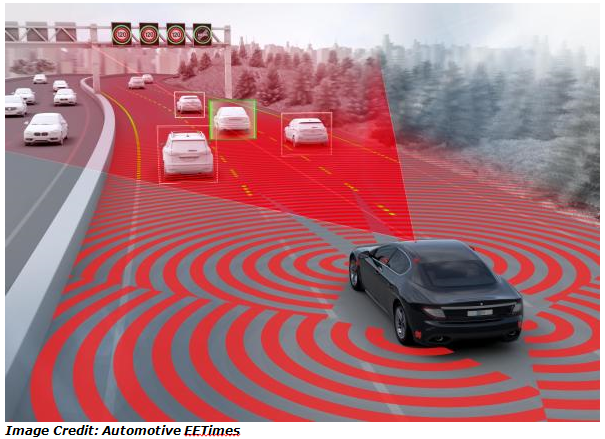 To showcase the technology a demonstration vehicle has been equipped with ZF TRW’s next-generation radar/camera combination, an electric power steering with rack and pinion drive, and electronic stability control. Using short-range radar sensors on the four corners of the vehicle, the system allows for safe, semi-autonomous overtaking maneuvers.

It also maintains safe following distances, a function typically covered by ACC systems. However, unlike existing ACC, the new system can change lanes when approaching a slower vehicle in the same lane. This maneuver is executed after the lateral radar sensors determine there is enough space in the adjacent lane to safely pass. If so, the system will advise the driver, who can accept the recommendation by activating the appropriate turn signal, after which the lateral and longitudinal controls will engage to complete the pass. The driver, however, can override the system at any time.
[inlinead]

The system can also be integrated with other advanced steering and vehicle control systems such as Active Kinematics Control (AKC) for steered rear axles or Continuous Damping Control for more comfort.

Another example of manufacturers integrating ESP with existing systems is Honda’s Motion-Adaptive Electric Power Steering which can initiate steering inputs that prompt the driver to steer in the correct direction during cornering and in slippery road conditions.

The Motion-Adaptive EPS system consists of a rack-and-pinion steering with an electric motor fitted concentrically around the steering rack. To control the level of assist the Powertrain Control Module monitors inputs from a speed sensor as well as gathering information about torque and rotation from a steering sensor, after which it calculates the optimal level of assist before sending a control signal to the electric motor.

Responding to the vehicle speed and steering angle inputs, Motion-Adaptive EPS works in conjunction with Honda's Vehicle Stability Assist (VSA) and EPS to detect instability in slippery road conditions, both during cornering and under braking, and automatically initiates steering inputs aimed at prompting the driver to steer in the correct direction.

One manufacturer, Austrian-based AMS AG, is developing magnetic position sensor chips that not only meet ISO 26262, but are supplied in the space-saving System-in-Package (SiP) format, which integrates the sensor die and capacitors in a single, encapsulated three-pin package.

This offers improved ESD and EMC performance, as well as enhanced supply protection, while eliminating the position sensor IC from the PCB, thereby reducing component count and system cost, making for easier design and assembly.

Furthermore AMS developed the sensors as SEooC (Safety Element out of Context) devices, as defined in ISO26262. In line with the sensors provide full data path diagnostics. The built-in diagnostic system tests the entire device, from the Hall sensor front end, through the Digital Signal Processing (DSP) engine which converts the raw measurement of magnetic field strength into sine and cosine vectors, to the back-end interfaces and pins.

With magnetic position sensors being prone to stray magnetic waves the AMS sensors are designed to cope with strong magnetic fields generated by electric motors, high current-carrying cables and other external devices. This improves performance and reduces system cost as there is no need for the shielding normally required by other magnetic position sensors. As a further cost reduction the high sensitivity of the Hall sensor front-end enables the use of small, low cost target magnets and supports a wide magnetic field strength input range of 5-90mT.

Although these cost savings help to contain the cost of feature-packed EPS systems manufacturers need to aggressively drive down costs if enhanced EPS is to filter down to low cost vehicles.

Can the cost of EPS be reduced?

Any cost reduction will probably include a rethink of the design of the EPS structure to simplify the system by exploring a New Product Architecture (NPA). The implementation of a NPA will enable OEMs to focus internal resources on brand uniqueness and product features while utilizing their suppliers’ competencies and leveraging economies of scale.

The NPA concept was developed by Ford, Volvo and Jaguar around the turn of the millennium based on a twofold strategy: a technology strategy to manage complexity and development costs effectively; and a business strategy for sourcing, flexibility, reuse, speed and volume.

The objective of applying a NPA is to standardize hardware and software across platforms, and maybe even the electrical architecture, while building a Vehicle Control Functional Architecture (VCFA) in which the OEM can source actuators, sensors and functions with standard interfaces from different suppliers.

Development of core functionalities within the NPA would ensure efficient product development, improve sourcing efficiency providing lower costs and competitive product attributes. Importantly, OEMs will still be able to define which functions are relevant to the brand so they can focus on the in-house development of core value functions.

While costing needs to be addressed, with more accurate data and faster modules, the EPS is doing a lot more than just assisting the driver: And as more sensors and innovative software are added, the fully autonomous car of the future takes shape.