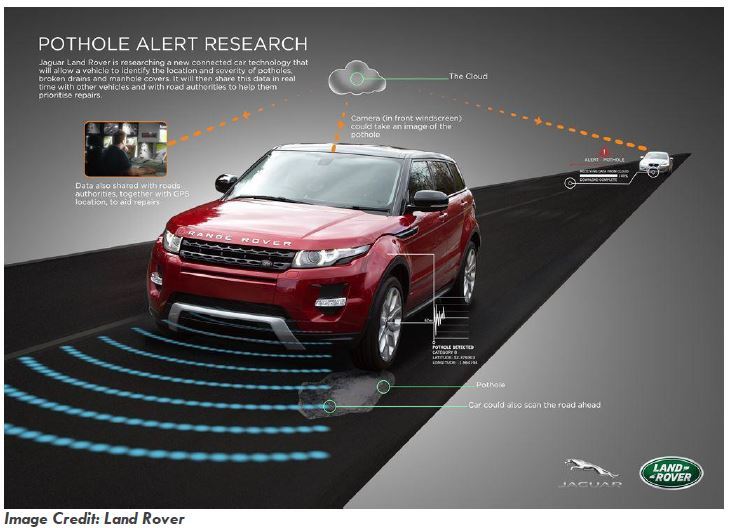 Active suspension systems have come a long way since the world first took notice of them when Colin Chapman’s Lotus Formula one cars annihilated the opposition on the world’s race tracks. Strangely these were eventually banned because they were deemed to offer drivers an unfair advantage! This "unfair advantage" when applied to road vehicles translates to safety and unequaled ride and handling, which of course are very desirable features in a road going vehicle.

The objective of these controllers is to optimise road holding, ride comfort and power consumption. Currently the most common control approaches are:

One of the most promising methods of active suspension control is termed "preview control" and involves the measurement of road irregularities in front of the vehicle which is then utilized to prepare the vehicle suspension system for the oncoming input.

The idea of utilizing preview information in active vehicle suspensions was first proposed by E.K. Bender in 1968. A single degree of freedom quarter car model was used to numerically investigate the efficacy of preview control on active vehicle suspensions. Employing Wiener filter theory to find the optimum controller, Bender’s results revealed a theoretical improvement of about sixteenfold.

It’s important to understand that preview control refers to a feedback controller utilizing a feed-forward control system with the only measured variables being road disturbances ahead of the vehicle. In contrast, a non-preview control is based on a pure feedback mechanism.

In order to measure the road height profile in front of the car, various sensor systems are used. Because these road preview systems are heavily reliant on the identification of transient road inputs it’s important that these sensors accurately and rapidly map the road surface and prevailing conditions.

The two most commonly deployed sensors used in road preview systems are laser scanners and mono/ stereo cameras, which are often used in the same system. It must be noted that there are also road preview systems that make use of inputs from the front wheels or even the whole vehicle.

In preview control active suspensions, there are two sets of variables that need to be measured and synthesised in the control scheme:

The preview of road irregularity information is used as the feed forward component of the control strategy, while the state variables of the suspension system provide the basis for the feedback part of the control scheme.

In 2014 Akihito Yamamoto conducted research into a preview control system using an eActive3 electric active suspension system, capable of controlling the roll, pitch, and warp modes of vehicle motion. The results of the study, which used the measurement of the displacement of the road surface in front of the vehicle to reduce front and rear actuator responsiveness delays, indicated that the efficacy of the control was largely reliant on the performance of the sensors being used.

The 4-channel AFE5401-Q1 is designed to meet the next generation radar applications’ requirements, where space constraints and increasing radar performance are driving a need for greater bandwidth, high integration and low power.

With car-to-x and autonomous driving technology gaining momentum road preview active suspension is already being integrated into these technology platforms.

Where the cloud meets the road

With increased vehicle connectivity, manufacturers are debating the value of storing the data harvested for further processing. For example information can be aggregated and processed to generate a real-time "living" street map that will locate temporary obstacles such as roadblocks, stationary traffic, accidents and poor road surfaces.

At the recent Electronics In Vehicles (ELIV) congress in Baden-Baden the issue of the value and use of automotive data was addressed by Konrad Hýbner, project manager of Connected Driver Assistance Systems and Cloud Platform at BMW.

According to Hýbner the data generated by on-board sensors fitted to a fleet of only 5 million connected cars will exceed that created by the over 700 million users on the social network platform WhatsApp.

Because of this potential Hýbner believes that cooperation by all manufacturers is essential. "We need standardized interfaces and high-quality sensor data", Hýbner said. Using the cloud platform applications based on geodata, analytics and common services could be made available to all users. In such an environment, an application such as real-time traffic forecast would be just a commodity, on top of which individualised applications could run.

Engineers at Land Rovers are already testing connected-car technology that will allow a vehicle to identify the location and severity of potholes, broken drains and manhole covers. Data from this system could then be shared in real time with other vehicles as well as with road authorities, by using the cloud.

Currently, the MagneRide-equipped vehicles employ sophisticated sensors that allow the vehicle to profile the road surface under the wheels thereby identifying road imperfections. By monitoring the motion of the vehicle and changes in the height of the suspension, the car is able to continuously adjust the vehicle’s suspension characteristics, giving passengers a more comfortable ride over uneven and damaged road surfaces.

Presently, using wheel and vehicle preview technology, data is collected as the vehicle is driven over the pothole or manhole. By using forward looking technology the car will predict how severe the input is likely to be, allowing the suspension to make the necessary adjustments in advance.

Being able to see ahead and adapt accordingly is a distinct advantage, as Mercedes-Benz has found with its own version of this anticipatory tech, which it calls Magic Body Control. The difference with the Land Rover approach is that the company sees potential to turn the information from these vehicle sensors into ‘big data’ and share it with other road users.

Jaguar Land Rover’s research team will be working with innovation partner Coventry City Council to understand how road profile information could be shared with road authorities, and exactly what data would be most useful for their road maintenance teams to identify and prioritise repairs. The project will also investigate whether Jaguar Land Rover’s experimental camera could take an image of the pothole or damaged manhole – and share this with the road authorities, together with a GPS location.

Although outlawed in Formula One racing, active suspension has finally found a home in passenger cars and, with the coming of age of road preview technology integrated with car-to-x platforms, will undoubtedly play an important part in future models.