The electrification of the automobile is a huge area of focus for the automotive industry – and increasingly beyond.

But it’s easy to forget that EV doesn’t just mean an electric motor connected to a battery – all of the vehicle’s sub-systems are in the process of receiving a battery-powered makeover.

For example, electric, rather than hydraulic, power steering systems are now commonplace. Initially touted for their ability to boost efficiency over the systems they succeeded, EPAS also allowed the implementation of increased customer choice – with most cars offering at least one additional driving mode that artificially changes the resistance of the steering wheel. It also facilitated advanced driver assistance systems (ADAS), like lane keeping assist on the highway, and allows increasing levels of autonomy going forward.

Likewise, braking systems are becoming increasingly influenced by the switch to electric. Just like steering systems, the changes are being introduced to consumers gradually, often trickling down from each manufacturer’s flagship car. The electric parking brake was introduced on flagship sedans like the Audi A8 and Mercedes S-Class, but now just 37 percent of cars on sale in the UK have a manual parking brake.

More significantly, when talking about autonomy, hybrid electric vehicles (HEVS) like the Toyota Prius, have been exploiting the benefits of brake-by-wire for at least 20 years. Managing the tricky balance between conventional braking and e-motor regeneration is something that brake-by-wire can mitigate, and is used to good effect. The technology has been slowly becoming more commonplace, and Volvo has announced it has adopted the technology for its 2020 XC90 SUV hybrid.

With the launch of its flagship 8 Series Coupe and Convertible, BMW has introduced an electrically powered brake-by-wire system for a conventionally-engined car. However, the next step forward represented here is the fact that the system can be tailored to the driver’s preferences in its forthcoming flagship M8 model.

According to BMW, the M8’s “COMFORT and SPORT modes alter the amount of pressure on the brake pedal required to slow the car. This allows the driver to choose between a comfort-oriented perception of the braking process and a particularly direct, instantaneous response to applications of the pedal.” 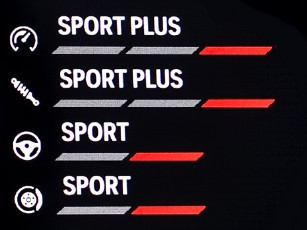 The new technology is a logical addition – as shown with this screen shot of the M8's information display (left), drivers of BMW’s M cars have been able to choose different settings for engine response, damping, gearbox settings and steering, so adding braking into the mix makes sense now the technology is ready, even if some enthusiasts are not.

But what makes this new addition interesting is that it completes the suite of customisable inputs that BMW self-driving cars are likely to feature. For instance, if the passenger selects Comfort, the car’s motor, steering and braking responses will be smooth and gentle, while Sport might be tuned to give an aggressive feel, even following other autonomous cars more closely to add to the feeling of immediacy.

The move could also correlate with more mood-based riding experiences, much like you choose from one of Spotify’s ‘mood’ playlists. The BMW of tomorrow will simply sense how the rider is feeling, using paralinguistic clues and sensors, and set up the car to suit – all thanks to the electronic sub-systems being built into cars today. 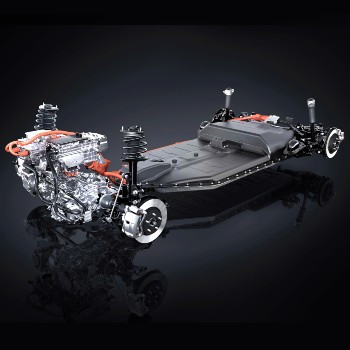