Is the solar-powered car about to come of age?

Lightyear One vs Toyota Prius solar experiment vs Tesla Solar 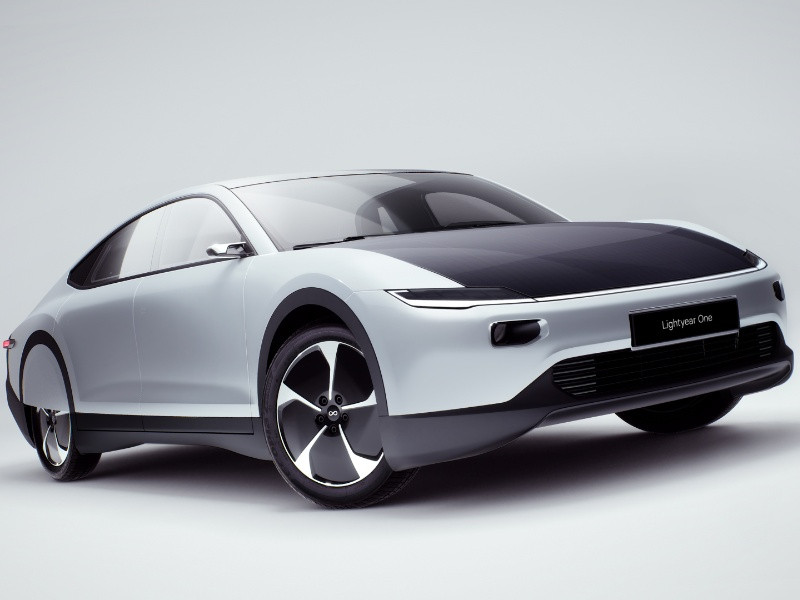 The amount of power emitted from the sun that strikes the earth in one hour is more than the whole world consumes in a year.

That's according to Solar Team Eindhoven, a sun-worshipping group of academics that emerged from the Eindhoven University of Technology, and has been honing some of the world's most advanced solar-powered cars in the Netherlands since 2012.

Every other year, a new group of students, plus the course's growing number of alumni, develop a new solar car – beginning with the Stella in 2013, a four-seater with a 650km range; the energy positive Stella Lux in 2015 that could manage 1000km; and the Stella Vie in 2017, which has a 1000km range, five seats and is road legal.

This month, the Team’s fourth car, the Stella Era, has been unveiled. According to the WLTP test, it’s capable of driving 1200km with four occupants on board. With some optimization the team hopes the car will travel 1800km on a charge. The car will head to Australia in October to defend the ‘Cruiser’ title in the World Solar Challenge won by all three of its predecessors.

Dutch Universities have something of a stranglehold on the World Solar Challenge – perhaps the best-known contest of its type that sees competitors race north to south across Australia. The Nuna team from Delft University of Technology has won the overall prize seven of the past 11 years.

But while Solar Team Eindhoven et al continue to push the boundaries of solar automotive technology, some of its alumni are working on taking the innovations and turning them into production reality.

The buzz around the Lightyear One

Formed in 2016, Lightyear’s first production model, the Lightyear One has just been unveiled. Measuring over five meters long and almost two meters wide, the aerodynamic five-seater is capable of travelling 725km, according to the WLTP test.
And like its distantly related Stella counterparts, the roof and hood of Lightyear One are covered with five square meters of solar cells within safety glass that the firm claims is “so strong that a fully grown adult can walk on them without causing dents.”

Lightyear also adds that the roof adds 12km per hour of range, giving up to 20,000km of driving from solar power alone. With a fully depleted battery, the solar cells produce enough power to allow the One to drive at up to 20kmh, ensuring you can still drive to the nearest charge point.

According to the firm’s co-founder and CEO, and team manager of the 2013 Solar Team Eindhoven project, Lex Hoefsloot, “the next models we plan to develop will have a significantly lower purchase price. In addition, future models will be provided to autonomous and shared car fleets, so the purchase price can be divided amongst a large group of users.” 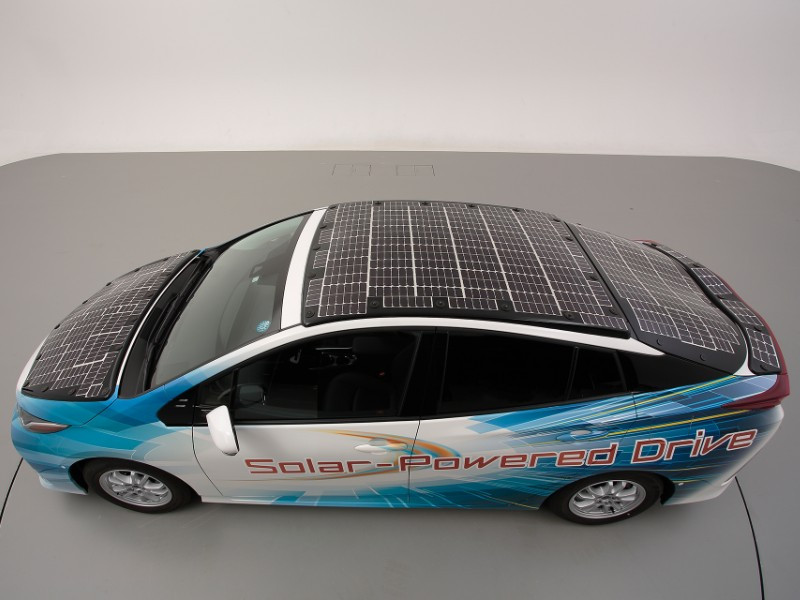 While the Lightyear team is breaking new ground, it’s far from the only company to be experimenting with solar. Toyota recently announced that tests of a substantially more efficient solar panel than is currently available on the Prius PHV will begin in Japan at the end of July, as this chart helpfully details: 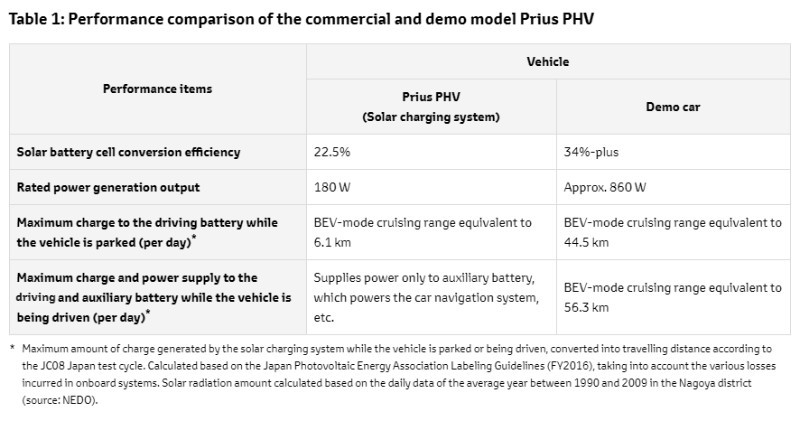 The panels are provided by Sharp, and generate almost five times as much power as those fitted to the current Prius PHV, at over 34 percent efficiency. The panels on the demo car can power the car while it is being driven, whereas today’s system just fills a secondary battery that powers the car’s satnav. However, at 860w, the test is still a little short of the 1kW goal Toyota is aiming for, despite the restricted availability of surface area on your average sedan.

The trial is part of a wider project run by Japan’s New Energy and Industrial Technology Development Organization (NEDO) that began in 2016, and runs until next year. It unites various industries and is aimed at boosting the solar market, particularly in the transport sector.

Given the amount of time that the average car remains parked, solar seems like a good solution to making more of that downtime – aside from the apparent goldmine that is renting your car to someone looking for private space while on the move.

However, unless you can guarantee that the car will be parked in direct sunshine to maximize the available solar energy – also heating up the cabin, requiring more energy to cool it down on hot days – solar seems an imperfect solution.

In 2017, when asked why Teslas don’t have a solar roof, Elon Musk stated as much, saying “the actual surface of the car is not that much, and cars are often [parked] inside. The least efficient place to put solar is on the car.”

Given that Musk also sells solar panels for a living, we’re inclined to agree to some extent.

Much has been written about Tesla, and its subsidiary SolarCity, and its solar-based solutions, including conventional solar panels, solar tiles that replace those on your roof, and its Powerwall to store all that lovely solar energy. And given the average square meterage of a building, it makes the most sense, albeit at a price.

Others, most notably Solar Roadways, an Idaho-based maker of toughened solar panels designed to be walked or driven upon, have tried to make the case for giving parking lots and other open, built spaces some energy harvesting capability. However, the system is yet to deliver enough power to match the maker’s heady claims and, more importantly, to prove its validity.

It’s easy to accept conventional wisdom about the automotive applications of solar, especially given the fact that the tech is still not quite up to speed. But while the Lightyear One is a niche – and expensive – choice, there’s certainly significant potential.

The key to this is autonomy, and that’s something that the crew at Solar Team Eindhoven is figuring out. Its latest iteration of Stella allows the car to self-drive into sunnier spots over the course of the day to maximize gain, managing the car’s charging with the user’s smartphone calendar.

But the real bonus of this is that the Stella works as a mobile charger, allowing other EV drivers to plug-in. This, to us, seems like a real strength of the solar vehicle – a charger that comes to you.

Instead of trying to shoehorn solar onto a conventional car format, an autonomous solar charger wouldn’t require a speedform shape to help boost range, nor glass to see out of, allowing maximum surface area – and a simple flat surface to upgrade the solar array above, and batteries below.

But given the fact you could keep costs of autonomous solar down by splitting the investment between large numbers of EV-driving subscribers, autonomy, plus a little help from the innovators in The Netherlands, could unlock the power of the sun for automotive once and for all.