Column: Is the WLTP already in turmoil?

For the first time, the full impact of the mandatory introduction of the Worldwide harmonized Light vehicle Test Procedure (WLTP) was felt across the industry. And while the OEMs were prepared for the regulatory changes, the scale of the disruption to sales was unexpected.

The new rules “left automakers with little choice but to pull models from sale or stall production as they grappled through the regulatory minefield,” IHS said in a note in July 2019. 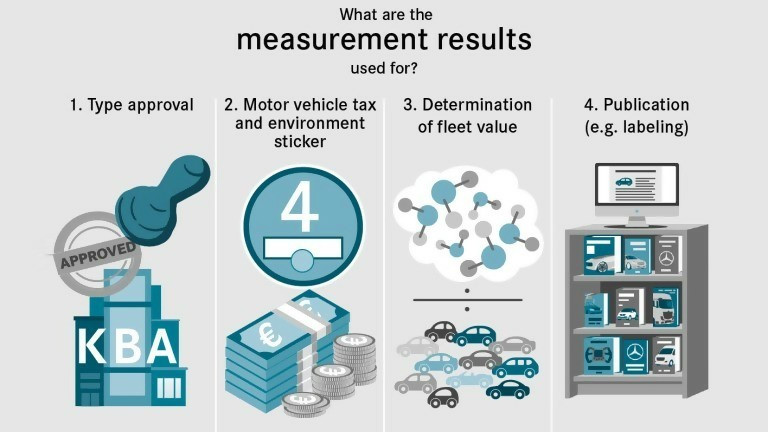 The number of models requiring certification led to bottlenecks at agencies performing emissions tests. TÜV SÜD, one of about 20 organizations in Germany that do such tests, ran 24 hours a day, six days a week to accommodate the manufacturers ahead of the deadline, according to spokesman Vincenzo Luca. 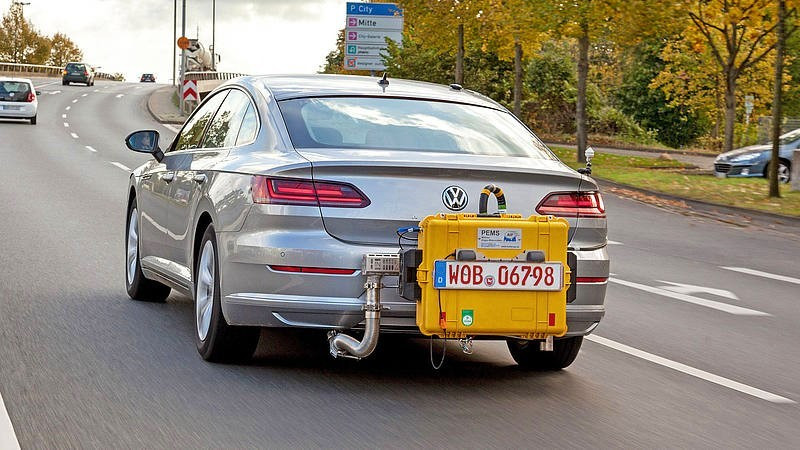 A year later and European manufacturers could have been forgiven for expecting the world to have normalized. Unfortunately this has not been the case.

First, there has since been a minor update, introduced on September 1, that requires all new passenger cars sold in Europe to be re-certified to Euro 6d-TEMP EVAP-ISC. Second, and perhaps more importantly, there are growing concerns from industry critics that the WLTP may not be sufficiently representative of real-world CO2 emissions.

This is a disturbing allegation, considering that the very reason for the WLTP was to produce laboratory test results that better correlated to real-world greenhouse gas emissions than the previous New European Driving Cycle (NEDC).

WLTP was meant to return credibility to emissions testing

In 2015, an ICCT analysis of driving data from about 600,000 vehicles in the EU showed that there was an increasing discrepancy between official NEDC laboratory values and actual, on-road results. In 2001 the difference was around eight percent and by 2017 passenger vehicles, on average, were estimated to be consuming about 36 percent more fuel than claimed by the manufacturers.

It may still be too early for measures taken by manufacturers to meet the impending, stricter 2020/2021 emissions targets to have any impact. However, data shows that the average CO2 emissions of new passenger cars registered in the EU and Iceland in 2018 measured 120.4g/km; which, while below the current target of 130g/km, was an increase of two grams per km compared to 2017.

Manufacturers correctly point out that this increase in average CO2 emissions for passenger cars was largely due to two fundamental changes in the market:

What makes the emissions picture even worse is that many within the industry are predicting that even these figures do not accurately reflect real-world emissions.

According to Emissions Analytics founder, Nick Molden, many of the emissions challenges faced by carmakers today would go unnoticed by consumers, were it not for the ripples in CO2-based taxation that they cause.

Based in the UK, Emissions Analytics has carried out standardized on-road testing of 1,200 vehicles since 2011, providing the results via a database called the EQUA Index. Although the test procedure differs from the WLTP, it is nevertheless designed to offer repeatable results for producing realistic fuel economy and emissions data.

Comparing its data to that measured under the WLTP the company believes that real-world and test emissions continue to diverge. It also hasn’t changed since the first tests were carried out, despite the latest vehicles moving from NEDC to WLTP-derived CO2 figures.

Using the EQUA Index as a baseline, the company compared published figures – NEDC, NEDC Correlated and WLTP – for a comparable group of 25 NEDC and WLTP-tested cars, comprising 14 diesel and 11 gasoline models with an engine capacity of 3.0-liters or less.

The average EQUA-derived CO2 emissions levels were almost unchanged – 173g/km for the WLTP-tested diesels and 185g/km for those powered by gasoline, versus 172g/km and 182g/km for the NEDC-tests.

However, according to Molden the published data paints a very different picture:

This flies in the face of the industry’s consensus view that holds the opinion that diesels will produce lower fuel consumption and emissions than gasolines over similar test cycles. This statement must obviously be tempered by factors such as idle and engine-off periods. It is no wonder therefore that the UK’s Society of Motor Manufacturers and Traders (SMMT) issued a swift rebuttal to the findings, citing inconsistencies in on-road testing versus more repeatable lab-produced WLTP data.

In another debatable finding, Molden claims that diesels with larger engine displacements (2.2-liters on average) are showing greater increases than smaller gasolines (averaging 1.5-liters). While the comparison of large diesels to small gasolines might not be a strict interpretation of the widely accepted statement, which is generally taken to address small and large engines of the same fuel type, this is contrary to the popularly held belief that vehicles with larger engines would show smaller increases in the switch to the WLTP, while smaller engines would show a bigger increase.

When determining conformity, the NEDC continues to be the basis for fleet-wide average emissions evaluation, with “bridging” plans offering little in the way of a consistent tool to relate WLTP values back to the NEDC. According to Emissions Analytics, NEDC correlated data generated by the Commission-funded software tool, CO2MPAS, has proved to be anything but ‘correlated’, often presenting higher CO2 figures that could result in unwarranted penalties for consumers paying carbon taxes.

Confirming this concern, Phil Stones, chief engineer of propulsion at Millbrook Proving Ground, believes the CO2MPAS simulator system, which has already been fine-tuned since the launch version, has its limitations.

Because CO2MPAS is a bit of a one-size-fits-all, it has to make assumptions that do not always fit the complexities of the powertrains being evaluated. So while CO2MPAS is aimed at avoiding the need for physical corroborative NEDC testing, manufacturers can opt to undertake both drive cycles if they find that the tool produces results that contradict their findings.

The problem with dual testing is that, with the regulations having changed between NEDC and WLTP, it is not just the drive cycle that influences the results. So to corroborate results to both procedures is time consuming and costly.

But with stakes being high what do manufacturers do?

With CO2 emissions creeping up as buyers move away from diesel, JATO Dynamics believes that manufacturers could face large fines for not meeting the 2020/2021 emissions targets. Its analysis, a worst-case scenario based on 2018 data excluding any ‘super credits’ for sub-50g/km vehicles, suggests that the Commission could be collecting around €33.4bn (US$37.5bn) in fines for non-compliance.

The company also believes there is a possibility of slower-selling and less efficient vehicles being discontinued if profit margins do not cover the financial penalties incurred.

While one of the priorities of the WLTP was to close the gap between the laboratory and on-road test results, another was to close any loopholes manufacturers could exploit that would deliver unrealistic results.

Some manufacturers already exploiting the WLTP

The European Commission has tightened the WLTP test regime for new cars sold in the bloc after claims that automakers have been gaming the tests.

The Commission discovered that automakers were turning on functions during tests that increased emissions in the lead up to the introduction of WLTP testing, the green pressure group Transport and Environment (T&E) said.

The updated regulation, which came into force in February 2019, requires automakers to switch on all emissions-saving technology, such as the stop-start function, and use the same driver-selectable modes for each model tested; for example Eco mode instead of Sport mode.

By artificially increasing their CO2 emissions, automakers hoped to weaken future reduction targets, according to T&E.
The group claims the manipulation partly explains why there is a huge disparity in average emissions between different automakers: CO2 emissions increased when homologation tests in Europe switched to WLTP from the former NEDC homologation regime. The range of the increases was between 1 and 81 percent depending on the model.

"It remains to be seen whether or not the new WLTP amendments will have closed all the loopholes. It is something we will be watching closely in the course of this year," Julia Poliscanova, clean vehicles and eMobility manager at T&E warns.

What's more, T&E called for governments across Europe to stop using CO2 to calculate tax bands for cars tested before February this year. "The data suggests the WLTP figures are unstable," the organization said.

Should the European Commission consider making changes to the WLTP?

Nick Molden believes that there are already examples of solutions that could work, pointing to the effectiveness of aggressive in-life compliance testing carried out by the US EPA: Published figures are within 0.5 percent of Emissions Analytics’ EQUA data in the USA.

In Europe, at the same time the WLTP was introduced, an auxiliary on-road test, Real Driving Emissions (RDE), was introduced to confirm NOx and PM emissions – would it be possible to expand this to measure real-world GHG emissions?

The core remains the laboratory test to ensure repeatability, but results have to be validated on the road, with a margin of error. So far it’s working well for NOx emissions with most vehicles comfortably below the limit.

At the end of the day any laboratory test will have as its objective to replicate real-world driving results within a narrow margin of error with a high degree of repeatability.

At this juncture it may be wise to recall how the NEDC fell out of favor – ADAC and the ICCT analyzed actual fuel used, as recorded on fuel receipts. Statistically this would probably give the best sample size, and with AI the task could be simplified.

Whatever the final solution, according to Molden: “Until such a system is in place, there will be many more counterintuitive outcomes from an imperfect test regime caught in a switchover phase. There is still fallout from dieselgate and consumer trust needs to be built back up. The industry really needs to act now to avoid a petrolgate.”

Guidance & Application of ISO26262 to Semiconductors 2021

Sweepers operate in many different environments, for example in urban areas where cleanliness is a p...