2020 is due to be a critically important year in the evolution of emissions issues.

Testing, allowances, procedures and limits are all expected to hit important new levels on the way to meeting 2025 standards. The year will also set a precedent for the next decade, when vehicle manufacturing is expected to reach many goals for mandatory electrification and positive emissions reduction.

We all know that goals in an industry as vast and complex as automotive manufacturing are difficult to achieve and are often missed. Emissions goals are notorious for being hit or miss. Many goals are hit sometime after the deadline has passed, or after a new deadline is established.

We will look at the recent past and current regulations for real emissions, and future expectations including the technology necessary to test, understand and improve real driving emissions quantities and qualities. In each case, there are proponents and detractors: people who want relaxed emissions standards and those who want more rigid ones.

Importantly, there are people who view severe emissions standards as a major factor in the eventual devastation of the auto industry and the loss of thousands of jobs that cannot be created in a radically green environment. The reverse of this view – that emissions controls will never be enough until all fossil fuels are eliminated – is a growing segment of environmentalism. Both camps are entrenched in more rhetorical or theoretical arguments than factual ones.

However, one fact remains regardless of the arguments on both sides: automotive emissions are increasing as a gross tonnage measure, especially in major areas of China, the Unites States and Europe. According to one report, China’s motor vehicle use surged between 2016 and 2018, increasing 5.1 percent. Vehicle emissions totals in major cities were calculated to be 13.5 to 52.1 percent of all emissions.

The US Environmental Protection Agency (EPA) listed total emissions from transportation as the top polluter (29 percent), above electricity generation by one percent, and in that sector, light vehicles produce a whopping 59 percent of pollutants. So, light vehicles represent about 17 percent of all emissions as tested.

Much the same is true in Europe. “Cars are responsible for around 12 percent of total EU emissions of carbon dioxide (CO2), the main greenhouse gas,” states this report from the European Commission (EC). This report notes that cars tested under the current procedure were about 10 grams of CO2 per kilometer under the target (120 g/km versus 130g/km) in 2018. However, the 2021 target beginning in 2020 is 95g/km. This is a very large drop in just one or two years.

Also, another report by the EC shows the complexity of vehicle use and the emissions produced by an overall population. In the EU, average emissions rose from 2017 to 2018. Since the popularity of diesel cars has waned due to several factors, more gasoline cars and SUVs have been sold. The larger SUV sector rose in sales from 25 to 31 percent. The gasoline engine is less efficient in comparably sized vehicles, the report said, making average emissions rise.

Real emissions testing can quantify exact levels of pollutants versus standard rules, but there is little to be done by 2020 to change the needs of families and the vehicle buying habits they deem necessary. SUVs have become the world leader in increased sales, as the average vehicle has increased in size during the last decade. New body and frame materials reduce the weight of vehicles, but a plethora of electronic options – for example large GPS/entertainment consoles, motorized doors and windows – add much of this weight back on.

We will look at both sides of the emissions conundrum in view of the attempt to define and test real emissions in today’s motor vehicles. Since a new benchmark comes into force in 2020, we will look at the latest technology used to test and interpret real-world driving in rural and urban settings. We also look at a detailed comparison of the EU and China in the 2020 rules, which vary greatly. 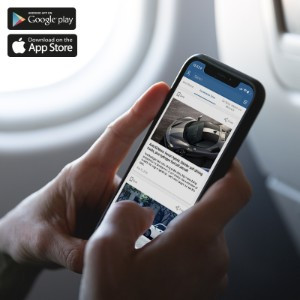 Real Driving Emissions (RDE) have been controversial since the beginning of advanced testing procedures. The EU regulatory process has focused on a series of increasingly strict emissions allowances combined with punitive monetary fines for vehicles that do not meet standards. The scandal involving diesel emissions cheating put a spotlight on real emissions and ramped up the argument for more detailed testing with stricter enforcement. RDE-2 testing will be the main driver of a car’s viability for sale in the EU.

Let’s begin by looking at the testing procedure and the equipment used in tests. As noted, the RDE is a mobile, diverse driving conditions test. Equipment and methods are technically superior to any used previously. Since the equipment must now be portable and the computer analysis more exact, companies are designing and building elaborate constructs for travelling test equipment called Portable Emissions Measurement Systems (PEMs).

The challenge for these instruments is to produce real-time, precise emission measurements in various conditions: speeds, acceleration, weather, stopping frequency and more.

3DATX is a transportation and research company specializing in emissions detection technology. The company now has a state-of-the-art PEM that is smaller and lighter than others in this product area; continuing to miniaturize without losing accuracy is a goal with this company as it is with many electronic monitoring manufacturers.

3DATX lists several products on its website aimed at meeting RDE-2 in the time allowed for new vehicle compliance:

The company offers several variations on these measurement packages, all designed to minutely inspect the emissions of a vehicle quickly in real driving conditions. The system's research and production are geared toward faster, simpler set-up and completion of multiple tests, the company said. “iPEMS equipment provides a single technician or operator with the ability to hand-carry a device through airport security and into the field, to deploy and test within an hour of arrival to the test site, and to pack up and travel home within an hour of finishing the last test,” it said.

In light of these demands, and with the advent of RDE-2 on the horizon, companies like 3DATX are developing faster, lighter and more reliable portable equipment, but this piece fits only part of the puzzle of strict air quality standards. China and the United States have different standards, although the time frames are similar. Each country or region purports to want strict standards enforced in the shortest time possible. However, the complexity of designing, manufacturing and testing creates difficulties for even the most detailed national plan.

China 6a standards begin in July 2020. China 5, now in effect, was similar to European standards in the last three years, but significant differences remain. China 6a adds slow trucks into the light duty vehicle designation for purposes of testing. Here are some highlights of the testing differences:

The regional differences here are mostly small with regard to testing, but manufacturing standards and implementation vary widely, country to country. Perhaps the largest battle ahead is testing more vehicles as they age. Stronger, longer testing will especially help air quality in dense traffic areas over time, as vehicles strictly match the demand for lower tailpipe emissions.

The next big thing in pollution standards could well be emissions from very large vehicles – trains, planes, construction vehicles and trucks – and finding ways to propel them without huge amounts of greenhouse gasses being the result. Cleaning fuels for these giants, in preparation and onboard, has been a scientific priority for decades. Eliminating much of the fuel could be the next step.