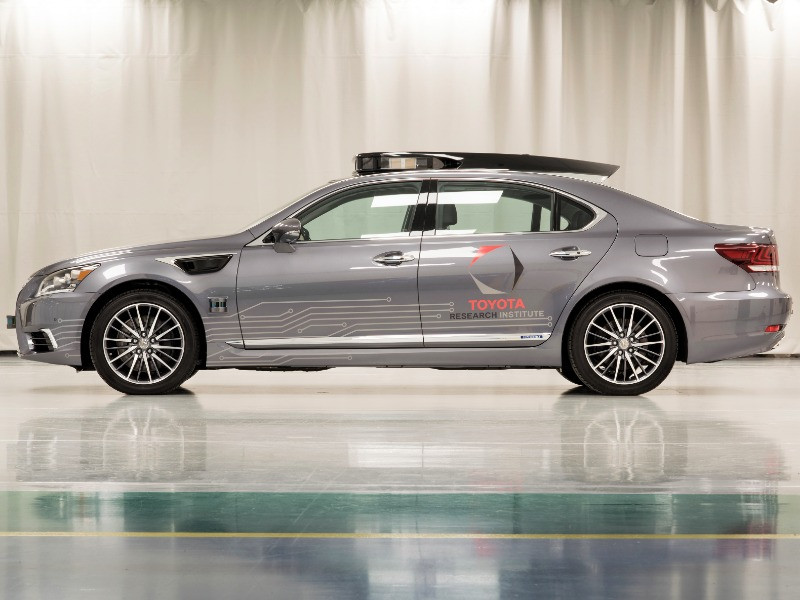 Automotive IQ produces its Semiconductors in the Autonomous Age report each year.

The report aims to shed light on the current state of the semiconductor industry, and the challenges being faced by those racing to meet increased demand for automotive semiconductors used in the next generation of vehicles.

As part of the process, we survey our members and our industry experts to gather opinions and insights on the state of the industry, and these results are used to produce the report. This case study is an excerpt from our 2019 Semiconductors in the Autonomous Age report, which you can download for free.

Having played its cards close to its chest regarding future mobility, 2019 has been the year that Toyota showed its hand. For the field of semiconductors, that meant the announcement of another significant deal, and yet deeper ties, with its preferred supplier Denso.

The two firms have agreed to establish a joint venture for research and advanced development of next-generation, in-vehicle semiconductors. Pending approval from regulators, the two companies are planning to establish the new company in April 2020, headquartered at Denso’s Advanced Research and Innovation Center in Japan.

The joint venture will be split 51:49 between Denso and Toyota respectively, and will be tasked with developing “next-generation semiconductors that are integral to technology innovations, such as connected cars, automated driving, sharing mobility and electrification.”
Denso has already taken on Toyota’s electronic components production and development functions to Denso, with an eye on increasing the speed at which electronic innovations reach its cars. Toyota set the pace with its program of hybrid, but hasn’t made quite such a splash with full EV and self-driving.

Its great rival for the title of world’s biggest carmaker, the VW Group, has now fully embraced emobility, thanks to being caught red-handed with the dieselgate scandal and having to completely overhaul its business.

In order to reach its goal of launching almost 70 new electric-powered models and build 22 million EVs over the next ten years, the VW Group has signed deals with a number of significant partners as part of its strategic supplier network Future Automotive Supply Tracks (FAST) initiative.

In 2019, the Group has signed up two key semiconductor-related firms to its FAST program. On May 10, Infineon signed up as a strategic supplier to VW's initiative – strengthening an existing, longer-term arrangement. Infineon’s power modules control the electric drive in Volkswagen’s modular electric drive matrix MEB. In 2018, Infineon claims that 15 of the 20 top-selling electric models and plug-in hybrid vehicles worldwide used its components.

Four days later, on May 14, Cree, Inc., the global leader in silicon carbide (SiC) semiconductors, was selected as the exclusive silicon carbide partner for the FAST initiative.