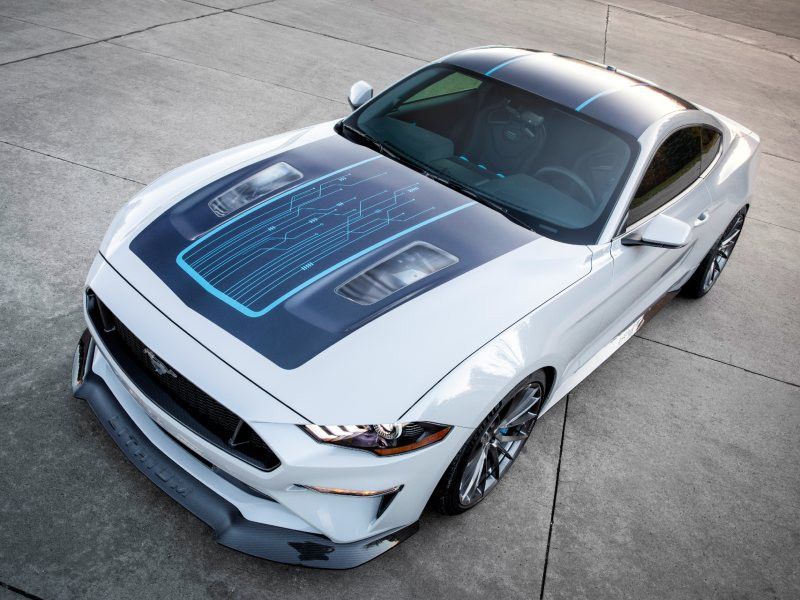 The annual event is open only to trade visitors, and presents an annual excuse for the world’s top aftermarket and tuning firms to show off their skills, with seemingly unlimited creativity funded by similarly unrestricted budgets.

Essentially a petrolhead nirvana, the OEMs are in on the act, too, with factory-developed 1,200hp Dodge Challenger drag cars, 725hp Nissan Frontier desert runners and endless variations of aftermarket accessories for your Acura SUV making their debuts. SEMA’s increasing popularity with fans has led to OEMs like Ford operating open-air drift demos that the public can view, too.

But what his this got to do with the future of the car?

Take a look at the recent Tokyo Motor Show, or the LA Auto Show taking place later this month and you see events that are being dramatically rebranded to meet the needs of connected consumers , and the potential future mobility solutions they need to be persuaded to adopt.

SEMA is deliberately further behind the curve, meeting the needs of car enthusiasts at their level, which is a key driver of its popularity.

However, even this bastion of car culture isn’t immune to the evolving nature of the car industry, and the seeds of EV change are being planted, particularly by the OEMs on whose future it depends.

What’s more, the signs of what can be done by the OEMs in a short time and with relatively modest budgets are extremely positive, even if you're the sort of person who will require a huge amount of convincing in order to swap the petrol for electricity pumping through your veins.

Ford and Webasto join forces with the Mustang Lithium 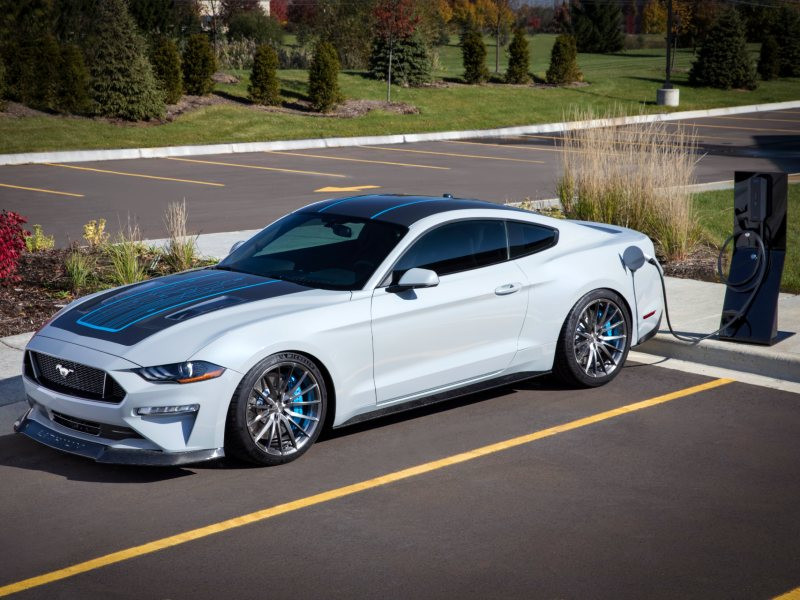 Ford has been pretty vocal with its EV strategy, announcing investments of over $11.5bn in EVs over the next three years, including the launch of a Mustang-inspired SUV EV and an electric F-150 pick-up.

However, to begin turning the heads of enthusiasts, Ford partnered with supplier Webasto to create the Mustang Lithium. Using the current Mustang coupe as a base, albeit with bespoke carbon bodywork, the car uses a Webasto-sourced 800V electrical system that delivers electricity to a single Phi-Power e-motor with an output of over 900hp and almost 1,400Nm.

Interestingly, especially if you’re an enthusiast, the e-motor drives the rear wheels through a drag-race-spec six-speed manual gearbox, rather than a single-speed unit. Battery capacity isn’t mentioned, and neither is performance or vehicle weight. 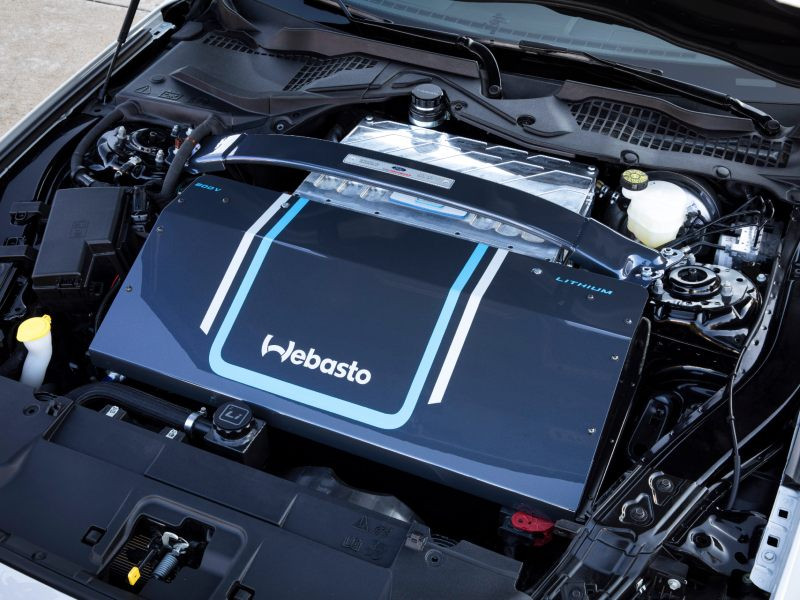 According to Ford, the car is currently a one-off, but it being used as a testbed for high-performance EV tech. Amid a sea of high-horsepower cars, it’s actually the addition of the manual gearbox that’s likely to turn heads, reminding car guys and gals that just because a car is an EV, it doesn’t have to lose that crucial level of interaction provided by good old fashioned engineering. 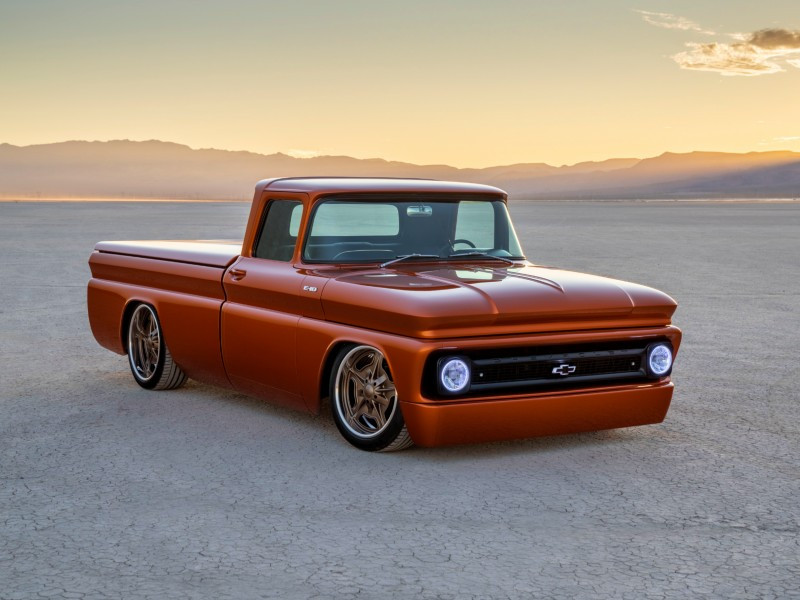 Although Ford has already confirmed an electric F-150, GM hasn’t made much noise about its future e-truck plans. However, it did give a SEMA debut to its one-off Chevrolet E-10 concept truck hot rod.

The truck started life as a 1962 C-10, but went through an 18-week conversion process where its gas engine was swapped for a pair of Chevrolet Performance electric crate motors, two 400-volt batteries and a conventional SuperMatic 4L75-E automatic transmission.

The eCrate motors and transmission sit under the hood, looking a lot like a gas V8 in the process, driving the rear wheels, while power comes from a truck bed full of two battery packs and two lots of power electronics taken from the current Chevrolet Bolt EV, each offering 60 kWh of usable energy. 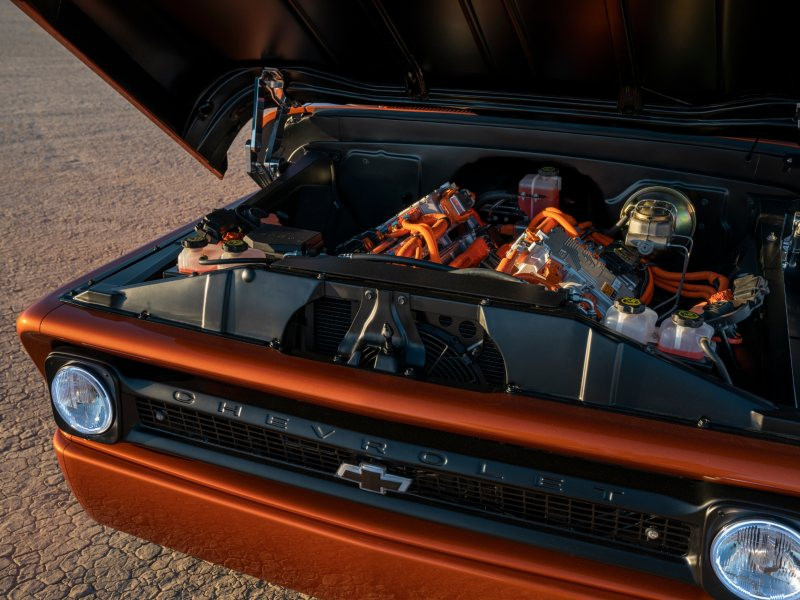 GM claims that the system provides an estimated 450hp to the rear wheels, making the truck capable of a benchmark 0-60mph time of around five seconds. The concept also includes a three-speaker sound emulator, so you can make it at least pretend to sound like a V8.

Although the sound emulator is a bit gimmicky, the eCrate motor – essentially an EV powertrain you will be able to buy off the shelf, just as you can with a performance GM V8 now – is the bigger news.

Interesting project cars, particularly from the restomod scene, are already emerging where ICE-powertrains are removed and swapped for that of an EV – often a Tesla that has met an early end.

A powerful eCrate motor from a known source like GM seems like another smart way of gently encouraging enthusiasts to see electric vehicles not as inflexible devices, but as something that can be customized or rethought in a new or novel way.

For example, fitting electric powertrains to classic cars – giving a desirable blend of historical design with modem, environmentally aware underpinnings – appears to be an emerging tuner trend. In fact, the OEMs have also been exploring this idea, with Aston Martin, Jaguar and Volkswagen all showing old models revitalized with EV underpinnings.

The latter has been met with some controversy, too, with some classic car owners clubs lamenting the removal of an original powertrain – no matter how damaged – at the cost of originality. However, while controversial, the move is very much aligned with the tuner scene, which has made a habit of transplanting engines across vehicle types and manufacturers.

Why all the effort to get enthusiasts on side?

The bigger picture therefore becomes a little clearer. The type of person who attends a show like SEMA is in the minority, and sits right at the extreme end of car culture, and likely has quite specific ideas about what should power a car.

However, by gently nudging the enthusiast community with the promise of restomods, huge horsepower, and even keeping the manual gearbox alive, there’s a good chance that some of the biggest opponents of the switch to EVs could become its biggest fans and evangelists.

While SEMA is hardly awash with EV debuts, it’s likely that the cars shown above will be noticed, spark an interest, and allow some of the automotive industry’s most creative minds to run free. We await next year’s show with interest to see what they come up with.