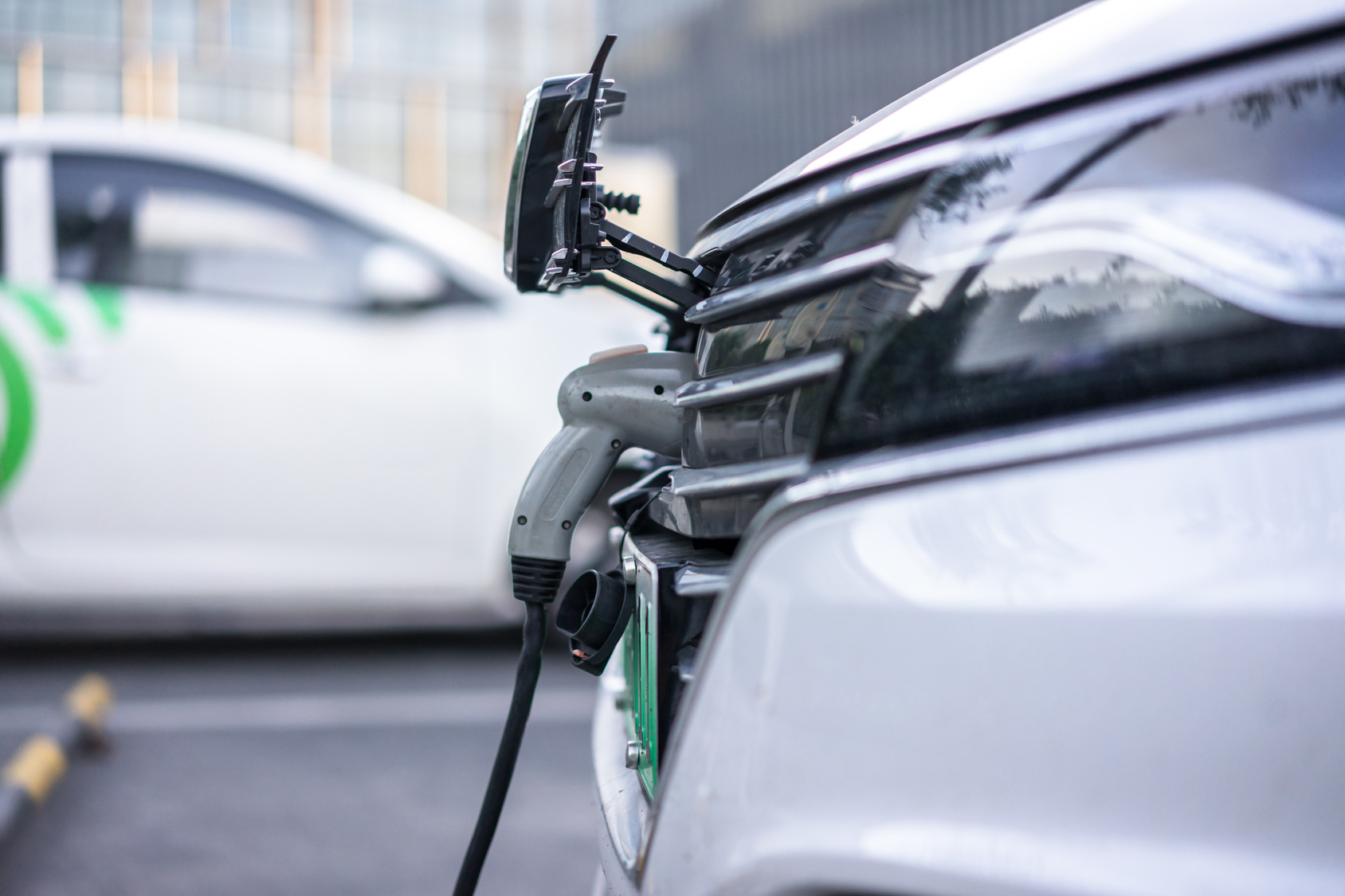 After seeing steady declines in Green House Gas emissions for seven straight years the automotive industry was no doubt disappointed to see CO2 emissions rise by 0.4 of a gram, to 118.5 grams per kilometer, for new cars sold in the EU in 2017.

This reversal was largely due to a decline in diesel sales, which are set for further losses in the months and years to come.

Carmakers squeezed between carbon emissions cuts and falling sales of fuel-efficient diesels which emit 15 to 20 percent less CO2 than petrol alternatives, are now faced with the unpleasant and costly prospect of no longer meeting the upcoming 2021 target of 95 grams per kilometer set by the EU, forcing them to look for an alternative clean technology.

While the EV may seem like a natural candidate, neither battery technology nor charging infrastructure is ready for the mass electric-car uptake required to put a dent in exhaust gas emissions by 2021.

What manufacturers need right now is a solution that lowers CO2, is cost effective and quick to implement, and delivers benefits that consumers perceive as adding value to their purchase.

One such solution, the 48-volt mild-hybrid electric vehicle (MHEV) is already being rolled out in series production. The technology offers a good tradeoff between add-on cost and fuel economy, and is scalable to meet varying cost and benefit strategies.

The simplicity of installing a typical P0 topology, 48V Belt Starter Generator also reduces engineering lead times compared to redeveloping the drivetrain for higher levels of electrification. This is particularly attractive to OEMs facing EU fines of 95 euros per excess gram of CO2 per vehicle sold from 2021.

Central to the performance of these MHEVs is the 48V powernet anchored by a Li-ion battery that supports regen power of up to about 20kW while providing approximately 50Nm of torque (About 150Nm at the crankshaft in a P0 configuration) to boost acceleration.

The Li-ion battery is not only critical to the performance of the system, it is also a significant cost driver, adds unwanted mass to the vehicle, and takes up space that could be better utilized for other components.

Recognising the importance of the battery to the rapid deployment of electrified vehicles, the U.S. Department of Energy has set a 2020 target to cut battery-pack size and weight in half and slash costs to $125/kWh, a price point seen as igniting a market shift toward electrified vehicles.

The industry-wide drive to improve the battery has led to an acceleration in investment in electrical energy storage technologies: According to the Financial Times, in the first three months of 2018 venture capitalists have already invested a record $1 billion in next-generation battery technologies, double that of the previous twelve months.

To date battery development has been focused on making ‘level-of-magnitude’ leaps in cost, range, durability, safety, and power and energy densities with new concepts that use more widely available, less-costly materials.

Many companies, such as Maryland-based EnZinc, are attacking Li-ion’s cost, size and weight issues by exploring alternative chemistries. In collaboration with the U.S. Naval Research Lab the company is developing nickel-3D zinc technology which could see battery costs drop to about the same as those of lead-acid while matching the performance of Li-ion. Initially the company is targeting $90-$100 per kWh, largely achieved through the use of a non-flammable water-based electrolyte that does away with the elaborate battery management and cooling systems, thereby also reducing the mass and size of the battery.

Although Nickel-3D Zinc doesn’t store as much energy as Li-ion, the specific power density at a pack level will be similar:  EnZinc claiming that “pound for pound, automakers would get the same effective power from a nickel-3D zinc pack as a Li-ion at about half the cost”.

Nickel-3D Zinc automotive applications are at least three years away from series production, however, with the manufacturer targeting bulky, low cost lead-acid batteries in 48V stop/start systems, 48V MHEVs may well be early benefactors of the technology as well.

Another step along the company’s performance paradigm is the zinc-air battery which works by oxidizing zinc with oxygen. Because air is used for the cathode rather than metal, zinc-air batteries weigh less, thereby offering a higher specific energy density than current EV batteries for the same mass and size. EnZinc believes 250-300 Wh/kg at a pack level is well within reach.

While Nickel-3D Zinc hasn’t made too many headlines as a major disruptive battery technology, solid-state Li-ion battery development certainly has.

With high profile companies such as Fisker, who recently announced it would launch its EMotion with a solid-state battery in 2020, proclaiming cost, performance and safety benefits over Li-ion packs, several consortiums have been formed to accelerate the technology.

One such group the Consortium for Lithium Ion Battery Technology and Evaluation Center, or "Libtec," is being supported by a $14 million grant from Japan's Ministry of Economy, Trade and Industry, while more recently Japan’s New Energy and Industrial Technology Development Organization (NEDO) launched the second phase of a major solid-state Li-ion battery project, aiming to finalize the core technologies by 2022.

Although the chemistry holds several potential benefits, including cost, weight and packaging savings, it’s not been easy to find a solid-state material that conducts well enough to do the job. Swiss laboratory, EMPA, has had success with amide-borohydride, while MIT has suggested sulphide-based solids. Another potential is glass, with Professor John Goodenough, a researcher at the University of Texas in Austin, having successfully used glass electrolytes in place of liquid.

NEDO’s US$90-million project, which involves 23 automotive, battery, and material manufacturers as well as 15 universities / public research institutes, will tackle technologies that are currently bottlenecks for mass production of solid-state Li-ion batteries such as the solid electrolyte; electrolyte coating with active material, and the sheet formation of the electrolyte-electrode layer.

The project ultimately aims to lower the battery pack cost to around $90/kWh by around 2030, making it an ideal technology for 48V battery packs.

Despite the probability that Li-ion technology will probably be replaced at some point in the future most studies predict that the chemistry will continue to dominate the traction battery market well into the 2030’s, which has motivated several suppliers to develop unique Li-ion battery solutions for the 48V market.

Targeting space constrained, cost and weight sensitive 48V applications, the design team managed to eliminate active cooling while at the same time replacing the traditional metal housing with one made of plastic, thus achieving savings in all critical areas.

The pack configuration is 12s1p with 8Ah, NMC/Graphite cells. Charge power is 13 kW, with the discharge power rated at 11 kW. Scheduled for start of production in late 2018 the pack weighs less than 7kg.

To achieve this impressive performance Hitachi developed a highly integrated battery pack where the BMS board, battery cells, relay and fuse are all accommodated within a common housing. The housing is also manufactured from a metal with a high thermal conductivity thereby doing away with the cooling fan, thus reducing the size, weight and cost of the pack.

What is more, the battery’s high-output prismatic lithium-ion cells have excellent low-temperature characteristics, delivering a maximum charge power of 10kW with a maximum discharge of 13kW (for 10 seconds in each case).

Scheduled for series production in early 2019 Hitachi hopes to capture  a sizeable share of a market forecast at over 2 million 48V MHEVs in Europe and over 4 million in China by 2023.

Driven by the demand for batteries that address the specific requirements of 48V systems, manufacturers are increasingly resorting to novel solutions to solve the challenges posed by space, cost and weight of current packs.