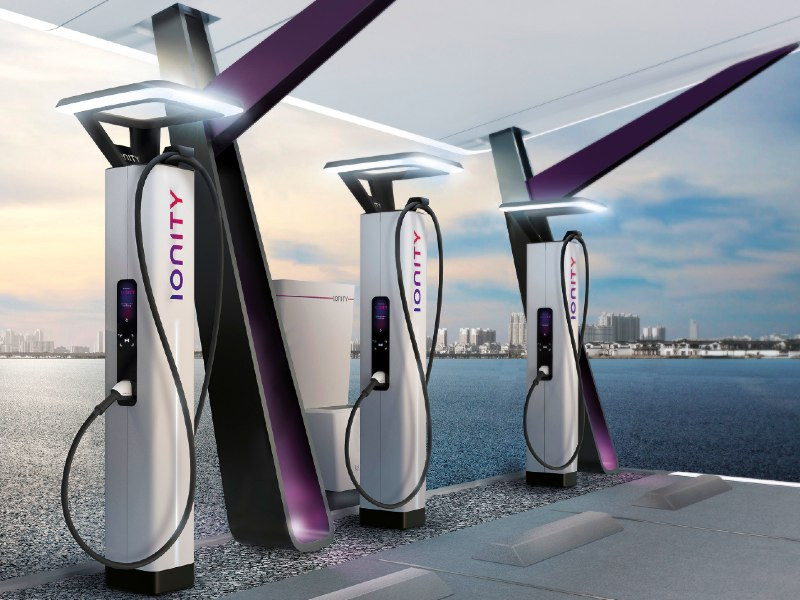 Fast electric-car charging stations have given the EV a new lease of life.

In 1900, electric cars made up about one-third of all vehicles on US roads. Even motoring pioneer Henry Ford bought one for his wife Clara before going on to develop his own experimental version.

However, by 1910 interest and investment in petrol-fueled cars had taken hold, and as mass production began to drive the cost-per-vehicle down the ICE-powered car rapidly became king of the road.

It wasn’t until the late 1950s, when progress in space travel stimulated advances in battery and charging technologies, that EVs again began drawing attention from the auto industry.

At this time, the maximum range on a single charge was around 40 to 50 miles at a maximum speed of about 40mph. Moreover, users had to charge their vehicles at home, ruling out any kind of exploration or cross-country travel.

Seventy years later, the range of the EV has improved to between 200 and 400 miles. Importantly, EV charging networks are expanding with increasing speed, and charge times have been cut to as little as 20 to 30 minutes for about 250 miles of range.

While these improvements can, in part, be attributed to advances in battery technology, the strides made in charger design is really what is driving down charging times. 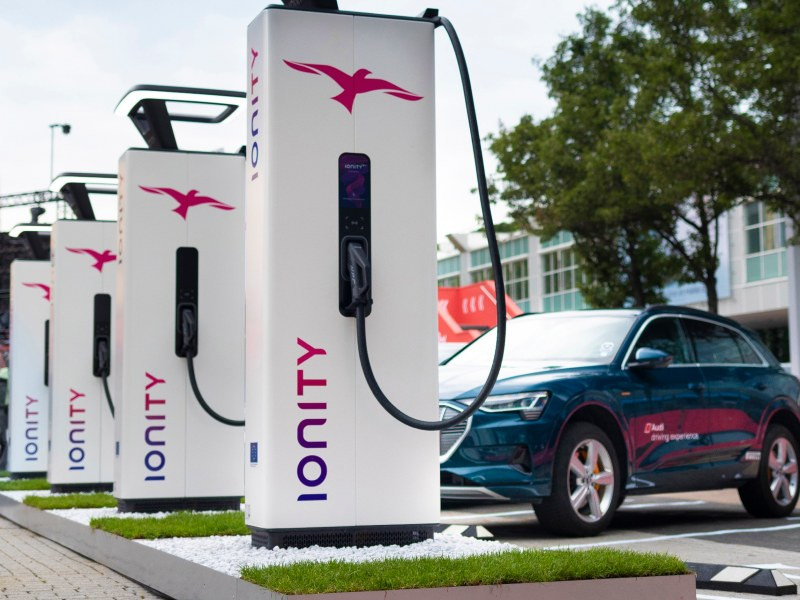 How has DC charging performance been improved over time?

The two developments in DC fast charger design that have made the greatest contribution to reducing charge times have focused on controlling the connector-pin temperature at high current draws, and decreasing the current draw by upping the voltage. 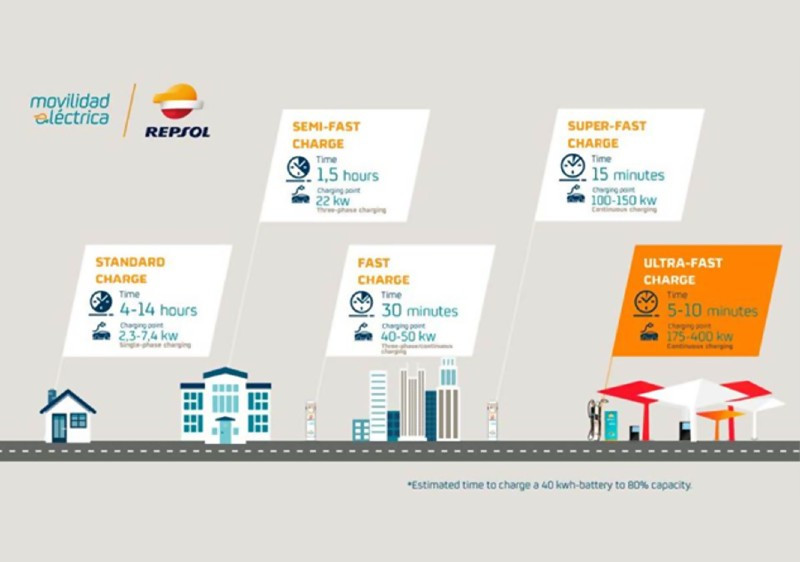 Most of the current DC charging stations for electric cars work on 400V to 480V and can charge up to about 50kW. At this power it takes about 80 minutes to charge to a 400km range.

While it is possible to increase the output power of a 400/480V charging station, the capacity of the conductive pins in the charging plug would still restrict the output power to roughly 100kW, cutting the time required to transfer the energy for 400km worth of driving to about 40 minutes.

The limited power capacity of the pins can be improved significantly by cooling the charging plugs, which then extends the power of the charger to the point where the target range can be achieved with a charging time of approximately 30 minutes.

A recently published patent application from Tesla suggests that the electric car maker has found a way of further improving on the liquid-cooled power cable design.

The design outlined in the document features a liquid-cooled charging connector, described as follows: 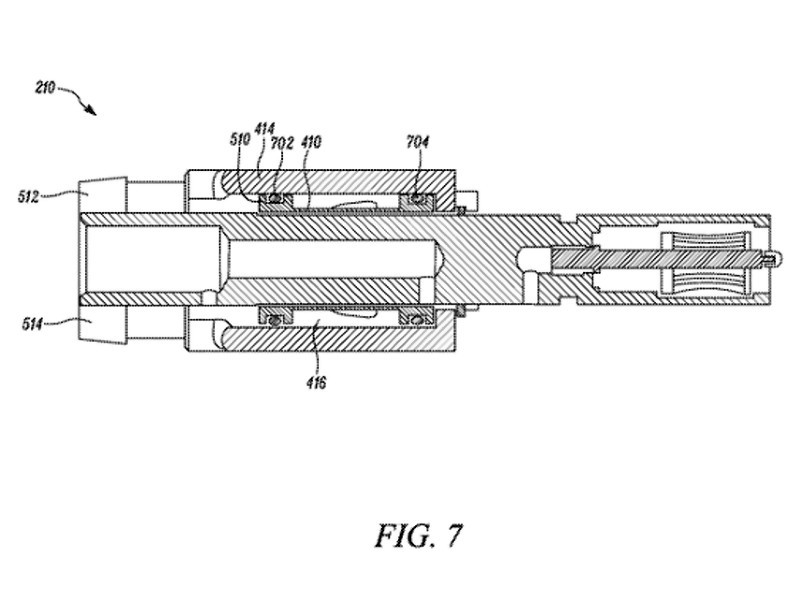 During Tesla’s all-electric truck unveiling in 2017, CEO Elon Musk claimed the Semi will be able to top up as much as 400 miles (640km) of range in 30 minutes thanks to a network of Megachargers. Neither Musk nor Tesla provided the specs of the Megacharger during the vehicle’s unveiling, though speculation was rife that the network might deliver a greater power output than the company’s Supercharger V2 Network, which at the time had an output of around 120kW. Supercharger V2 stations have since been upgraded to 150kW.

But, while 30 minutes is an improvement, it still does not meet consumer expectations of charge times equivalent to filling a conventionally fueled vehicle. A shift to a higher voltage is therefore inevitable in the quest to achieve comparable replenishment times.

The rationale behind this move can be explained by the formula for electrical energy: E = U x I x t, where U is the voltage, I the current and t the time.

The charging time t = E / (U x I) can thus be achieved with a constant current I by increasing voltage U. By switching to a two-fold higher voltage of approximately 800V, the charging time can theoretically be reduced to about 15 minutes with the same electrical load on the charging pins.

Ionity, which is a joint venture between Daimler, Ford, BMW Group and the Volkswagen Group together with Porsche AG, has made a big step in enabling pan-European EV travel by establishing a fast-charging network across Europe that will eventually cover 2,400 charge points.

At the 2019 IAA in Frankfurt the company unveiled its latest high-power 350kW DC electric vehicle charging station that presents a new form as well as providing compatible EVs with 350km of range in just 10 minutes.

The chargers feature a new look and design with a distinctive LED Halo that is intended to transform the form and function of EV chargers to better meet consumer demands.

Standing 2.6m high, the all-new Ionity high-power charger features a unique multi-functional LED light ring called The Halo, which helps the stations stand out along highways, making it easier for drivers to identify them and counter a lack of signage that EV drivers experience when trying to track down the chargers.

The light ring also communicates the chargers availability depending on the color as well as providing lighting for drivers charging their cars at night. It communicates the state of charge by changing color. As well as its distinctive LED beacon, the Ionity charger features advanced Human Machine Interface (HMI) via a glass screen - presenting information, such as payment instructions, in seven language options.

But what if the charging power could be doubled… or even more?

The joint China-Japan ChaoJi project is working towards the CHAdeMO 3.0 standard for DC fast charging stations. Currently, the Combined Charging System (CCS) specification adopted by South Korean, North American, and European car makers supports up to 400A continuously at 1,000V for 400kW although several companies make CCS chargers that can output up to 500A.

In Asia however, good progress is being made on a joint development between the predominantly Japanese CHAdeMO Association and China’s State Grid utility operator on a new common connector plug design for future vehicles from both countries. Called ChaoJi, which means means 'super' in Chinese, the connector is intended for use in Japan, China, and other regions of the world that subscribe to the CHAdeMO standard. 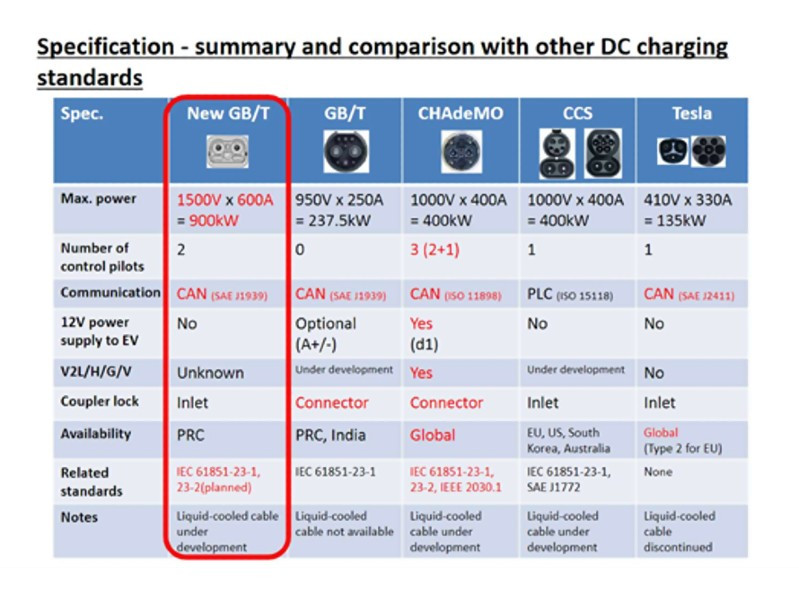 As range-per-charge increases and charge times drop, the two most commonly cited consumer barriers to EV ownership are rapidly fading. This bodes well for manufacturers anxious to meet ever tightening fleet emissions standards by increasing sales of electric vehicles.

In the interests of keeping the automotive industry and the professionals that make the decisions on EV Chargers, and the accompanying infrastructure, updated on the latest trends and developments, Automotive IQ offers the following resources: