UK and Germany to Test Driverless Cars on Public Roads

It’s a new year but there’s no let-up in the procession towards autonomous technology and both the UK and German governments are going full throttle with their policies on the testing of driverless cars. Recent announcements that auto-piloted cars have been approved for testing in both countries may have seemed inevitable, but it’s further evidence that the relentless drive towards autonomous vehicles is a goal that will be achieved sooner rather than later.

Mercedes-Benz unveiled the F015 concept vehicle at the Consumer Electronics Show in Las Vegas in January, and the recent announcement by the German Transportation Ministry suggests that it may not be long before such a vehicle is seen speeding down the Autobahn. A stretch of A9 Autobahn between Munich and Berlin has been designated for the testing of driverless vehicles – the first time a public highway has been specifically equipped for the purpose.

Spokesman for the Transportation Ministry, Ingo Strater, said that "The German Auto Industry has recognized that this field is developing. We want to support that".

The project will involve networking the road and the vehicles traveling on it to reduce traffic jams and increase road safety. It will enable cars driving on the test section of the autobahn to communicate with each other as well as with the infrastructure, although details of when the stretch of Autobahn will be retrofitted with the necessary equipment were not released. Initially the project will require the testing of sensors, measuring systems and vehicle communication, but an autonomous car could be traveling on the road as soon as the end of this year.

The Transportation Ministry is set to lay down legal guidelines for the use of driverless cars, with a committee having been established to draw up the initial legal framework, and a draft of key points expected to be ready for the Frankfurt car fair in September. 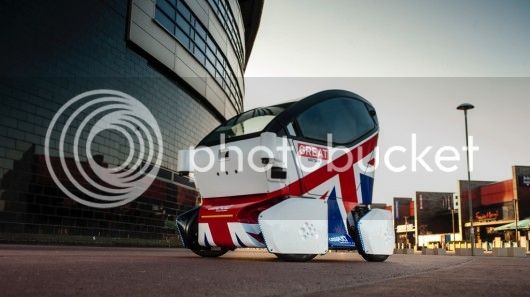 Similar legislative progress is being made in the UK, where the Department of Transport recently announced that it was making regulatory changes to allow the testing of driverless cars on public roads. In a statement issued by the Department for Transport, Transport Minister Claire Perry said, "Driverless cars are the future. I want Britain to be at the forefront of this exciting new development…"

The UK Government has pumped £19 million of funding into several different autonomous projects, after its own review that confirmed there is no legal barrier to testing automated vehicles on public roads. However, initial testing is likely to be restricted to vehicles with a person present who will be able to take control if necessary. The projects include the UK Autodrive Programme, a three-year programme led by engineering firm Arup, which will test cars in Coventry and Milton Keynes. Self-driving pods will be tested in pedestrianized areas, such as the shuttle service planned between Milton Keynes railway station and town centre, while driverless cars will be tested on Coventry’s roads as early as next year. Ford, Jaguar Land Rover and Tata Motors will supply the vehicles, which will be tested at project partner MIRA’s base on the A5 before taking to the roads.

The Greenwich Gateway project is an £8 million project funded by Industry and Innovate UK and led by TRL. It will see the first official trials of the fully autonomous Meridian passenger shuttle service, and will also test the autonomous valet parking of vehicles. At the same time that the Meridian shuttle service began trials, the Lutz Pathfinder pod was also unveiled and it is set to hit the pedestrianized street of Milton Keynes later in the year.

The pods, developed by RDM Group, use 22 sensors including panoramic cameras, laser imaging and radar to build a virtual representation of the world around it. Initially the pods will be tested on pedestrianized pathways rather than on roads, and if successful further testing on public roads will follow. Bristol is the other UK city to be involved in the wave of tests, with the Venturer consortium set to use a number of vehicles, including the BAE Windcat, on public roads. The consortium will investigate whether driverless cars can reduce congestion and make driving safer, but will also assess the public reaction and legal implications of autonomous driving.

The UK Government is due to release code of practice for the testing of driverless vehicles this spring, and that should pave the way for new research projects in the near future. Testing in public roads has been legal for some time in certain states in the US, such as California, and the likes of Google and Audi have already demonstrated autonomous driving on public American roads. These legislative changes by the German and UK Governments, although expected, will be vital for the European automotive industry to keep up.