Whether you’re a dyed in the wool petrolhead or see them simply as a way of getting from A to B, cars are extremely good at awakening the senses.

Think of how it feels to slump into the back seat of an Uber after a long night out, or perhaps the stink of spilled fuel on a gas station forecourt; the sight of a bright red Ferrari rumbling around town or even, most famously, the first time you take the wheel of a brand-new model and inhale its new-car smell.

An intriguing challenge for those working on developing a new generation of EVs is how to tantalize the senses in the same way – building those emotional connections that keep people buying cars even when the technology is noticeably more muted.

This got us thinking about how an EV will deliver on an emotional level, certainly in the short term as people transition from their traditional ICE-powered cars:

The most obvious missing ingredient when compared with today’s driving experience is the lack of noise, both inside and outside the car, particularly given the brutal acceleration EVs are capable of.

However, today’s car buyers are already being primed for change. Thanks to increasingly strict noise legislation and the prevalence of turbocharging for ICE cars, sound is often piped into a car’s cabin to augment the muted engine noise – and that’s true from Ford Fiesta ST to Ferrari F8 Tributo.

While the roar of an engine might be missed when on the open road, real or synthesized, today’s EVs are generally smaller, urban focused vehicles where that’s less of an issue. In fact, the reduction in mechanical noise is subjectively much more pleasant around town, allowing for easier conversation with other passengers, or the enjoyment of the car’s sound system – the Tesla Model 3’s system designed by ex-Bang & Olufsen engineers being a case in point.

Silence is golden in this case, and while it provokes a different emotional response, it’s arguably more welcome than the rattle of a diesel engine to accompany your commute.

Outside the car, in the EU, since July 1 the Acoustic Vehicle Alerting System regulations that say any EV with four wheels or more must make a noise of at least 56 decibels – or about the same as an electric toothbrush – when travelling at speeds of up to 20kmh. In the US, ‘quiet’ vehicles have to make a noise below 30kmh, beginning in September 2020.

A quick YouTube search reveals that various aftermarket systems can make your Tesla rumble like it’s powered by a big V8. But while an EV can’t match that traditional combustion engine sound, the synthesized tunes, like that composed specifically for BMW’s new Vision M Next concept by Hans Zimmer, for example, help communicate not just the car’s presence, but that it’s powered by something currently unconventional, certainly giving scope to provoke an emotional reaction, albeit from those around the car, rather than inside it.

Perhaps aside from the BMW i3, electric vehicle design is currently very much wedded to conventions established by ICE-powered cars, with the likes of the Nissan Leaf and Renault Zoe adhering to familiar hatchback formats, and the Audi e-tron, Mercedes EQ et al looking like regular SUVs, albeit augmented by techy details like matrix beam lamps and video camera door mirrors to make them stand out.

However, one of the great promises of the switch to CASE vehicles is the opportunity to explore completely new approaches to design, and thus new ways to provoke a sensory bond with the vehicle. Forthcoming cars like those from Byton point to a greater use of high-resolution screens to stimulate the senses. We’re yet to see a truly mold-breaking design appear to really make people stop and take notice, but as more cars are built on common platforms – such as Ford’s decision to use the VW MEB underpinnings – design will have to step up.

Although it’s not exclusive to EVs, one way in which sight can be stimulated is through the clever application of vision technology, using on-board cameras to increase security, a la Tesla, improving the quality of the ride with augmented reality windows, or using autonomous sensors and vehicle-to-x tech to give the impression that the car is an all-seeing device. Perhaps a Sauron-like all-seeing eye quality, and thus the increase in perceived safety, is the key to building a bond here… 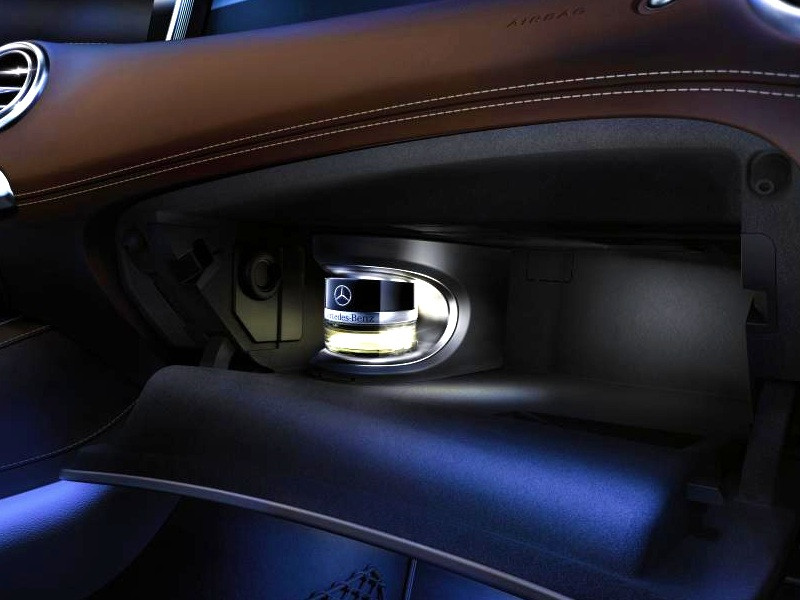 We’ve already mentioned the absence of the rather unique smell of fuel at a gas station being one benefit of the EV experience for all but the biggest car obsessive. The whole recharging process has the potential to be much more pleasant in general, as windswept gas stations are replaced by coffee shops designed to dilute the pain of waiting for an EV to receive its power boost.

Ditching ICEs means that fuel smell should become a thing of the past for parking garages, both personal and public, too. The WLTP rules now include tests for evaporation emissions from vehicles with switched-off engines aimed at limiting the number of volatile organic compounds (VOCs) that escape.

Without ICE engines at all, parking spots become more pleasant, which makes sense of why some startups are developing new uses – including kitchens for delivery food – for these places.

On the road, the reduction in local emissions is good news for pedestrians and cyclists, too. The long tailpipe effect of generating the energy to power EVs is another issue, but one that renewables must solve.

These are all practical applications of the benefits of EVs, but scent is the most important for building memories – Andy Warhol famously changed his perfume every three months so if he sensed the scent again it’d take him back to that point in time.

Mercedes has experimented with scent in its S-Class, touting it as a luxury extra, while Volvo talks up its Cleanzone climate control filtration as a way of squeezing a little of Scandinavia into the cabin. Perhaps some combination of the practical and the emotional benefits of scent for EVs could be a winning option in the quest to build an emotional bond with the car… or at the very least, make sure it’s palatable for the next driver if the EV in question is part of a car-sharing fleet. 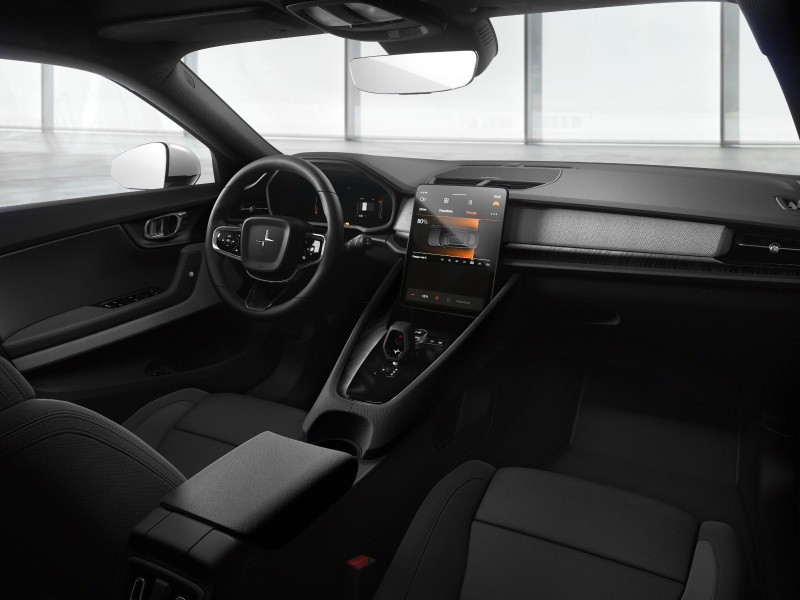 Leather, metal and wood have been the mainstays of car interiors for over 100 years. The former in particular seems ripe for a change, with Tesla announcing that the cabin of the Model 3 and next year’s Model Y are now animal content-free. Likewise, the Polestar 2 features a vegan interior, signaling a desire for non-animal derived materials and something new and fresh to sit on.

Interaction and user experience are also of note here, with the aforementioned Tesla going for a huge touchscreen to control most of the car’s functions, and using your smartphone as the key. These remove a layer of tactile connection with the car, and remote opening of doors reduces the physical touching of the vehicle.

Interestingly, the legacy automakers are keener to keep more traditional knurled rotary dials and physical gear selectors to create a bond between man and machine. Also of note is the need to keep weight in check to boost range, leading to the use of carbon fiber – something you might appreciate but are unlikely to furnish your home with, unless you're a Bond villain.

As cars become more capable of autonomy, this is a huge opportunity to boost comfort and convenience, hopefully with materials that sit outside the conventional automotive realm, and encourage people to feel a stronger emotional connection with their cars.

This one’s a bit of a stretch, for sure. However, looking back at the other senses, the switch to a vehicle that’s quiet and refined enough for you to relax in, features striking looks inside and out, is pleasant and straightforward to operate and offers a new tactile take on old experiences, sounds like an intriguing proposition, especially in the context of real-world driving in 2019.

It may not to be everyone’s tastes, and it’s certainly different from what today’s driver is used to experiencing. However, the sensory advantages EVs can offer will hopefully win round even the most traditional ICE fan in due course. It certainly helps when Porsche's Taycan looks like this: 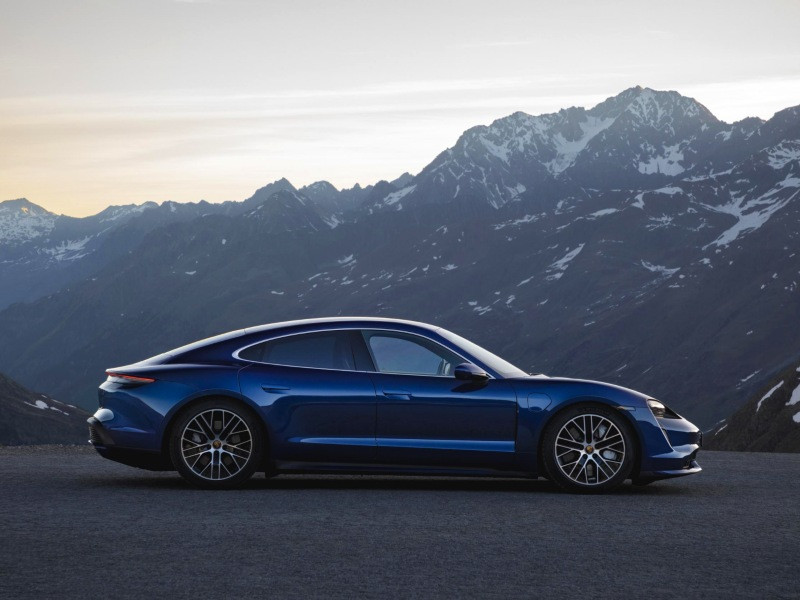