The Automotive industry is one of the largest in the world, with starkly differentiated leaderships styles within each OEM. Automotive IQ counts down our top 6 CEO's and Founders found through the history, detailing their achievements and challenges. 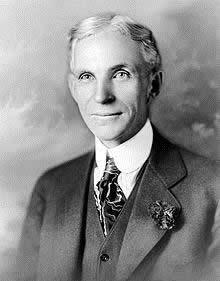 Why the person is cool and on our list Pioneered the assembly line to the automotive industry, and revolutionized the American transportation system

Henry Ford is regarded as one of the pioneering founders of the modern automotive industry, with his then innovative approaches to production and abnormal increased worker salary. These initiatives are known today as “Fordism”, a term entailing mass production of inexpensive goods coupled with higher wages to workers. This was allowed with the introduction of the assembly line, a production method Ford was inspired by after visiting a local butcher shop, as well as his belief in welfare capitalism as he doubled the rate of the minimum worker pay from $2.34 to $5 in 1914. This move proved to be extremely profitable, and instead of massive turnover of employees and training costs, the best mechanics in Detroit flocked to Ford for work and stayed there.

Henry Ford developed and manufactured the first car that many middle class Americans could afford, many of which were his working staff of engineers. The Model T was introduced in 1908, and in doing so, Ford converted the automobile from an expensive curiosity to a practical transportation that would impact the 20th century. 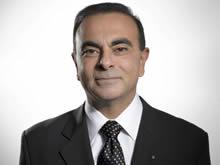 Why the person is cool and on our list Mr. Ghosn has some of the coolest nicknames in the industry for a very good reason. Known as the Le cost killer and Mr. Fix it, Mr. Ghosn is the man that orchestrated the financial turnaround of Renault in the late 90s to create the Alliance we know today.

Carlos Ghosn is the first person in the world to run two companies in the Fortune 500 list simultaneously.  As if this wasn’t enough, he also keeps busy between the 74 boards across 16 different industries that he is connected to. However what impresses us the most with Mr. Ghosn is his entrepreneurial strength in turning around troubled companies to profitable corporations. Following the Nissan financial turnaround in the early 2000s, the Renault-Nissan Alliance is now the third largest automobile manufacturer worldwide. His story starts in Michelin & Cie in France as his first graduate job where he stayed for 18 years. By the age of 30 he was appointed as the COO of Michelin’s South American operation worth $300 million and reporting to Francois Michelin directly. Within two years of appointment and undeniable genuinity of business tactics, Ghosn turned around an unprofitable operation into profitable. By 1990 he was appointed the CEO and chairman of the Michelin North America. 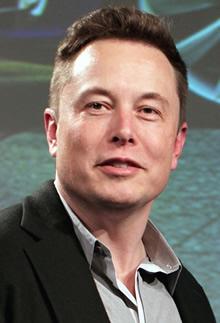 Occupation CEO of Tesla Motors, CEO and CTO of SpaceX

Education BSc in Physics, BSc in Economics, University of Pennsylvania

Why the person is cool and on our list His long-term goal is to help humanity by creating a true spacefaring civilization. In the mean time, he is only leading one of the most innovative automobile companies in the world.

Previously known to the tech world for zip2 and most notably Paypal, Mr. Musk entered the automotive world in 2003 as the co-founder of Tesla Motors. However, he only got the worldwide attention in 2008 with the introduction of Tesla Roadster, the first electric sports car. As of December 2016, Tesla Motors has sold over 186,000 electric cars worldwide since delivery of its first Tesla Roadster in 2008, making the electric carmaker the second largest global plug-in car manufacturer after the Renault-Nissan Alliance. The results are more than impressive when taking into consideration the niche e-mobility market – especially back in the early 2000s - and the monopoly of it from the big auto players. By 2010 he was named the top Automotive Executive of the Year and in 2016, The Drive, a division of Times, named Musk the most influential person in the car business. However, Tesla Motors is just one of the reasons that we admire Mr. Musk. His commitment to widespreading solar energy and reducing global warming as well as his endeavours in space exploration is what will always make him an Automotive IQ favourite. 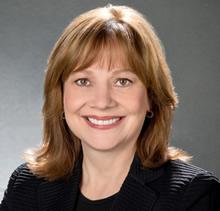 Why the person is cool and on our list The first female CEO to head one of the big 4 U.S. automakers

Mary T. Barra has been with General Motors since she was 18 years old, starting out as a co-op student in 1980 and later held a variety of engineering and administrative positions, including being a manager of an assembly plant. Barra assumed the position as CEO in January 2014 of which would prove to be a challenging start. During her first year, General Motors was forced to issue 84 safety recalls involving over 30 million vehicles - more than three times the amount it sold worldwide in 2013, and more than the total industry recalls in the U.S. in 2013. She had been summoned by Congress to answer questions about GM’s conduct in relation to faulty ignition switches linked to 13 deaths, and have been facing the challenge of rebuilding consumer confidence in the company.

Despite the challenging start of heading one of the big 4, Barra has succeeded in clearing out a toxic political culture that had come to define GM. She has also focused her position as CEO to drive toward efficiency, agility, and better quality, things the company had lacked as it fell behind other automakers. 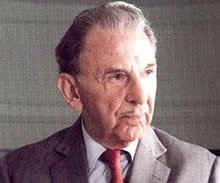 Occupation Chairman of Tata Group and the shareholder of Tata Sons

Education BSc in Physics, BSc in Economics, University of Pennsylvania

Why the person is cool and on our list One of the early pioneers and entrepreneurs in transportation worldwide but most notably changing India’s connections with the world with the founding of both the Tata Motors and Air India in the late 30s-40s; both companies still operational and profitable to this day.

Being part of one of the leading Indian families – the Tata Family – J. R. D. Tata was born to become a pioneer aviator and built one of the largest industrial houses of India.  In 1938, at the age of 34, J.R.D. was elected Chairman of Tata & Sons making him the head of the largest industrial group in India. He started with 14 enterprises under his leadership and by the time of his departure in 1988, Tata & Sons was a conglomerate of 95 enterprises. What is lesser known is that Tata Motors was founded as a manufacturer of railway locomotives, and by 1954 the company manufactured its first commercial vehicle in a collaboration with Daimler-Benz AG (lasted until 1969) and since then the company dominates the commercial vehicle sector of India.

Mr. Tata cared greatly of employee welfare and this was shown in all the enterprises of the Tata group. In 1956, he initiated the "employee association with management" program in order to give workers a stronger saying in the affairs of the company as well as enforced the eight-hour working day, free medical aid, workers' provident scheme, and workmen's accident compensation schemes, which were later, adopted as statutory requirements in India. 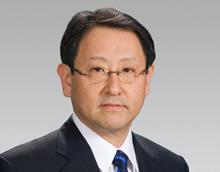 Why the person is cool and on our list CEO of the largest (vehicles sold) manufacturer of 2016, and an avid race car driver

Akio Toyoda (60) is the grandson of Toyota founder Kiichiro Toyoda, and became the CEO of the world’s largest automaker 8 years ago. Akio Toyoda led Toyota through the global economic crisis, as well as the earthquake and tsunami of 2011. He also dealt with the controversy surrounding the vehicle recalls of 2009/2010, which eventually saw Toyota agreeing to a $1.2 billion settlement to the US Department of Justice after admitting to misleading the public about the issues affecting its vehicles. Toyoda called the recalls a “turning point” in the company’s history and a chance to return to Toyota’s basic philosophy of “customer comes first”.

Akio Toyoda is also an avid fan of automotive racing, having participated as a driver in the ADAC 24 hours at the Nürburgring three times under the pseudonym Morizo Kinoshita. In 2009 he reached the 87th position overall and the fourth position in his class with his LF-A Prototype No 14.