For the automotive interested, often it is the cars that are the main attraction. However, the manufacturing plants tend to be as, if not more, fascinating when it comes to performance and uniqueness.

Automotive IQ reviewed details of multiple manufacturing plants, in order to give you our top 5 automotive plants based on factors such as the sheer size, production numbers, quality in output or a certain ‘wow-factor’ that comes with the location. Enjoy!

The Volkswagen Wolfsburg Plant is the largest in the world when it comes to the size of the area, just under 6.5 million m². It is the worldwide headquarters of Volkswagen Group, which has a production output of 815.000 cars.

During WW2, the plant was converted into producing jeep-type military vehicles as well as aircraft supplies, and to repair warplanes which drew numerous allied air raids. In 2016, the plant was searched for WW2 bombs as construction workers found signs of potentially unexploded bombs.

The Wolfsburg car factory employs 48% (60,000 people) of the total 125,000 people that lives in the town, which covers an area three times the size of Monaco.

The Fiat Lingotto Factory is located in Turin, Italy, where construction of the plant started in 1916 and opened in 1923 when Mussolini was in power. It was designed by Giacomo Mattè Trucco with the iconic race track on top of the building, with a very good reason when it came to the production of the cars. Raw materials would arrive to the lowest floors, produced car components would be moved to the second floor, and as the cars would take shape they would be elevated up to the higher levels of the building until reaching the very top and finally emerge onto the roof.

The last car Lingotto produced was a 1979 Lancia Delta, with the plant officially shuttered in 1982.

The rooftop test track was featured in the Michael Cane starring British film ‘The Italian Job’ (1969) as part of the police chase at the end of the movie. 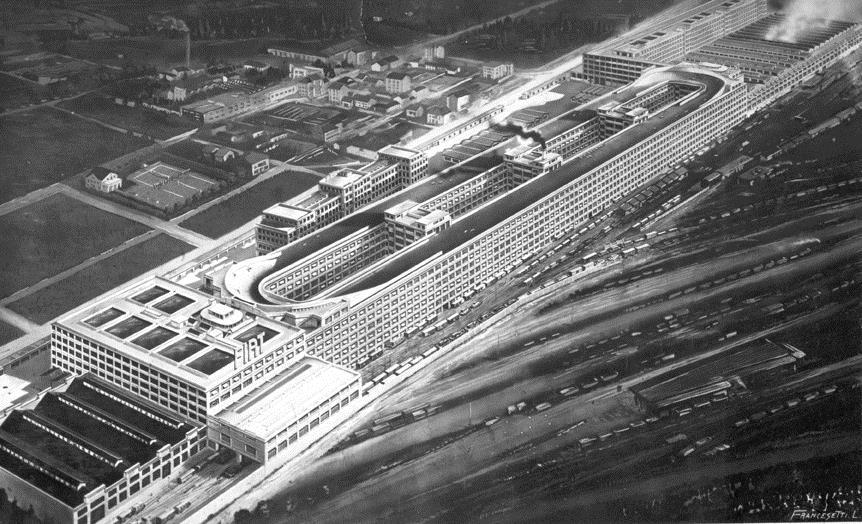 What used to house the most fearsome jet fighter squadron of Sweden is today home to the tarmac-destroying carbon-fibre supercars, Koenigsegg. The manufacturing plant comes with the 1.7 km runway previously used by the jet fighters, which today is perfect for Koenigsegg for high-speed testing of their cars. Many Koenigsegg customers have also enjoyed the possibility of landing their private jet on the runway just outside the doors of the factory.

The symbol of Sweden’s legendary jet fighter squadron was a ghost, and as a tribute this ghost can today be found on the rear window of every car Koenigsegg currently builds.

The Koenigsegg CCX took the Top Gear lap record with a time that wasn’t beaten for over 2 years.

The grand manufacturing plant of Hyundai Motor Company in Ulsan, known as the industrial city in Korea, brings some quite astonishing numbers to our top 5 list. The plant supplies a vehicle every 12 seconds to a total of 1.6 million cars per year.

The facility functions as a small city, with its own network of roads that connects five independent plants, its own sewage treatment plant, a fire station, a hospital, and a cargo ship pier that can anchor three 75,000 ton ships at the same time. 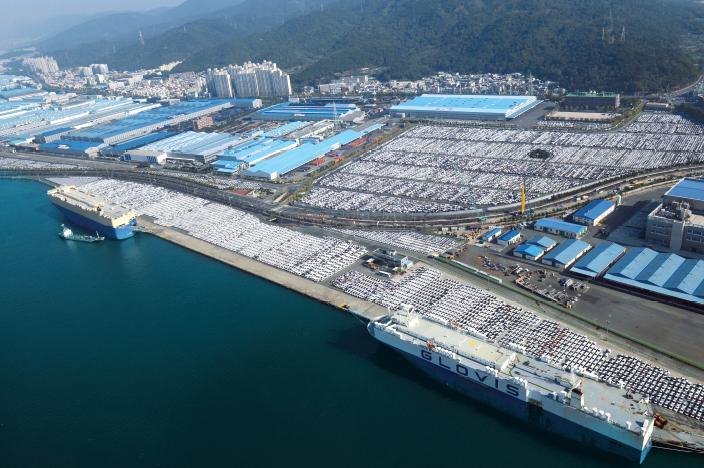 Bugatti Atelier in the Molsheim factory is home to the production of the $2.600.000 Bugatti Chiron (that is before a single option), that oozes of luxury, expensive taste, and all is crafted from hand-made perfection. It is not only the cars that has a sense of sleek design and clean looks. The oval building, designed by Professor Gunter Henn, sets the framework of a working atmosphere very much related to the output of the exclusive supercars, where no robots nor conveyer belts can be found. The floor is conductive and dissipates electric charges as the assembly of the cars takes place. 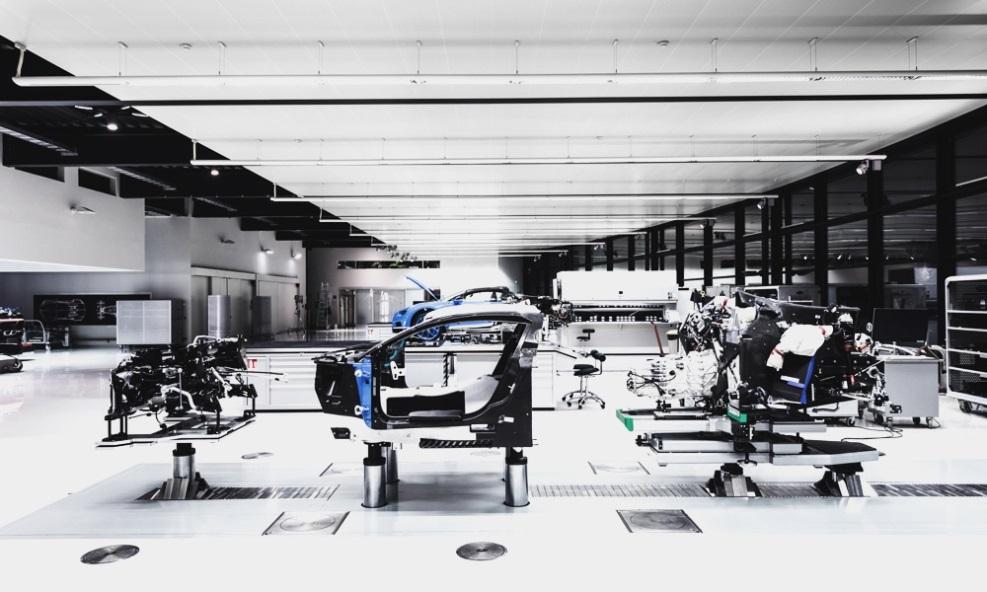 The Bugatti rolling dynamometer is the most powerful of its type in the world, handling the car during flat-out acceleration (1500 PS) at speeds up to 200 km/h. 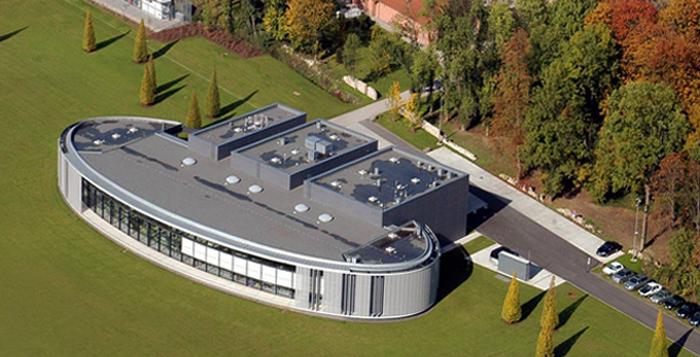