September 2017 and the world might be a shade greener, but how will it impact manufacturers?

On the surface, European manufacturers are doing very well at controlling exhaust gas emissions, with data released by the European Environment Agency in December 2016 showing that all car and van manufacturers in the EU met their CO2 emissions targets in 2015.

The data shows that, based on the NEDC, the average emissions levels of new cars sold in the EU in 2015 was 119.5 grams of carbon dioxide (CO2) per kilometre, significantly below the 2015 target of 130 g.

However all is not what it appears to be: A 2015 ICCT analysis of driving data from about 0.6 million vehicles in the EU has shown that there is an increasing discrepancy between these official (laboratory) values and actual, on-road values. In 2001 the difference was around 8 %; by 2014 it had increased to around 36 % of the official values for private cars, and as much as 45 % for company cars. 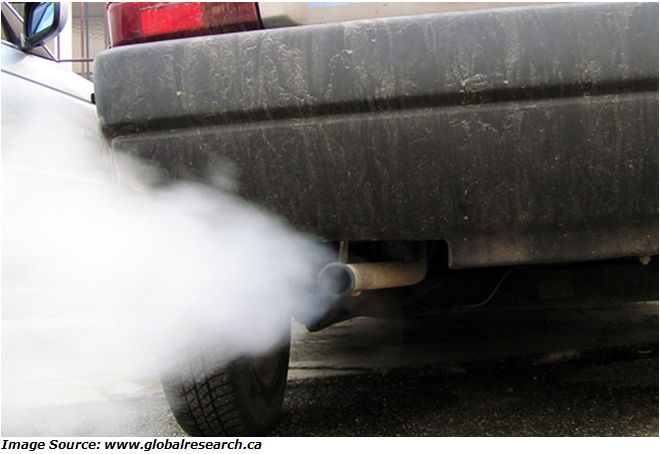 Although this figure is alarming, there are several underlying reasons for these deviations:

Nevertheless this is a huge discrepancy that if left unaddressed will jeopardize the EU’s ability to meet the Paris climate conference’s (COP21) legally binding global climate deal, which plans to limit climate change by controlling global warming to below 2°C.

So, faced with the prospects of not meeting the target the EU will be the first region in the world to implement the Worldwide harmonized Light vehicles Test Procedure (WLTP) in September of this year.

Based on the ICCT’s findings around the significant discrepancies in actual vs “laboratory” results, it’s clear that emissions declared by manufacturers are likely to fare rather badly under the new WLTC; but the question is, by how much?

Results of a study conducted by Jelica Pavlovic, Alessandro Marotta and Biagio Ciuffo, published in May 2016 indicated that a worst case scenario could see average measured CO2 emissions increase by 11%, while under the same conditions energy demands would increase by 44% when compared to the NEDC.

In the WLTC, the proposed acceleration and deceleration phases are much more aggressive compared to the NEDC. According to an analysis by BMW these account for 43.1% compared to 31% for the NEDC.

The new WLTP will have the greatest impact

But while the changes to the driving cycle move the testing closer to real world driving conditions, the higher fuel consumption recorded in the WLTP (compared to the NEDC) mostly does not come directly from the driving cycle.

A significant proportion of the increase comes from the following changes to the test procedure (WLTP as opposed to the driving cycle – WLTC):

Notwithstanding the adoption of a more realistic driving cycle and test procedure, these remain simulations of the real world, which could over time be found to be less than ideal, as was the case with the NEDC. To ensure that results obtained from the WLTP do in fact shadow emissions in the real world the EU will also introduce a Rel Driving Emissions (RDE) procedure.

An important part of any form of testing in the automotive industry is repeatability, which is why the NEDC and WLTC are conducted on rolling roads in laboratory conditions. The RDE, on the other hand forgoes the repeatability to ensure the results obtained under controlled conditions do in fact simulate those obtained under normal driving conditions on public roads.

In conjunction with the new WLTC test cycle, the RDE legislation will be implemented as an additional type approval requirement from September 2017. The new RDE regulation measures CO2 as well as nitrogen oxides (NOx) and particulate number (PN) emissions of both light-duty gasoline and diesel vehicles under real world conditions. The RDE legislation will require engines to be clean under all operating conditions.

RDE will be introduced in two steps. The first begins in September 2017 for new models and from September 2019 for new vehicles. During this first period, a conformity factor of up to 2.1 (110%) will be allowed for exceeding the NOx emissions limit (80 mg/km). The aim is to give manufacturers time to gradually adapt to the new RDE rules. This first conformity factor will be phased out at the latest in 2021.

So whilst the RDE will eventually play a pivotal role in emissions measurement, for the next few years manufacturers will likely focus on meeting the WLTP (As long as they fall within 110% of the RDE results, which are expected to be more demanding.)

And with that in mind, if we return to the 2015 emissions results of 119.5 grams of carbon dioxide (CO2) per kilometre, an increase of 11% (Under WLTP conditions) would not have been that impressive at almost 133g/Km.

And by the time they’ve figure out how to best conform to the new test procedures, the industry will need to get their collective heads around the next hurdle: Cut emissions down to 95 g CO2/km by 2021 for cars and 147 g CO2/km by 2020 for vans.