In September 2015, the Volkswagen ‘DieselGate’ scandal broke and rocked the automotive world and changed the landscape of engine emissions testing for good. The German auto giant was found to have developed a ‘defeat device’ that when sensing the vehicle was under test conditions, switched its performance accordingly to suppress emissions of pollutants, notably nitrogen oxide (NOx), which under real-life driving conditions were in fact signficantly above legal limits. In effect, it allowed VW to get away with NOx emissions that were up to 40 times the legal US limit.

The scandal affected 482,000 cars in the US, including VW models Jetta, Beetle, Golf and Passat, as well as the VWmanufactured Audi A3. Since then, VW has admitted that about 11 million cars worldwide, including eight million in Europe, are fitted with the so-called ‘defeat device’ VW also found ‘irregularities’ in tests to measure carbon dioxide emissions levels affecting around 36,000 cars in Europe – including petrol vehicles. The result for most companies would have been bankruptcy, with the total cost to VW estimated at $21 billion, and includes the highest-ever fine for an automotive company in the US of $4.3 billion.

But the affair has had a much greater impact. The scandal led several other countries, including the UK, Italy, France, South Korea, Canada and, Germany, opening investigations. It also set in motion a determination by regulators and policy makers to close the ‘loopholes’ – which largely relate to deviations between emissions under test conditions and those produced on the road – that VW manipulated. In fact, a study by ICCT and ADAC showed that levels of pollutants across a range of manufacturers, including Volvo, Renault, Jeep, Hyundai, Citroën and Fiat, are more prone to exceed legal emissions limits under real-world driving conditions than under test conditions. Environmental campaigners have long argued that emissions rules are being flouted. According to pressure group Transport & Environment, for example, almost 90 per cent of diesel vehicles don’t meet emission limits on the road, accounting for millions of vehicles.

So what have been the implications of ‘DieselGate’ around the world?

In Europe, the existing Euro 6 legislation was set by the EU in 2007. The rules restrict NOx emissions for diesels to 80 mg/km. Since the VW scandal, however, it has become clear that the rules around testing need to be clearer and more stringent. In September 2016, The United Nations Economic Commission for Europe (UNECE) and World forum for harmonisation of vehicle regulations (WP29) formulated the Worldwide harmonized Light vehicles Testing Procedures (WLTP), which simulate real-world driving conditions using different parameters, including higher engine load, variable temperature, higher acceleration, and fewer stopping phases.

At the same time, it introduced Real Driving Emissions (RDE), which were given a higher priority than WLTP following DieselGate. The RDE aim to ensure that on-road Euro 6 diesel vehicles meet CO2 and NOx emission targets, which requires real-time testing of NOx emissions with a portable emissions monitoring system (PEMS) – since April 2016 all new Euro 6 passenger car models have been tested with a PEMS. For practical reasons, the RDE legislation will be developed in four packages. The first package, adopted in May 2015, defined the RDE test procedure. The second package, adopted in October 2015, introduced the NOx ‘Conformity Factor’ (CF). 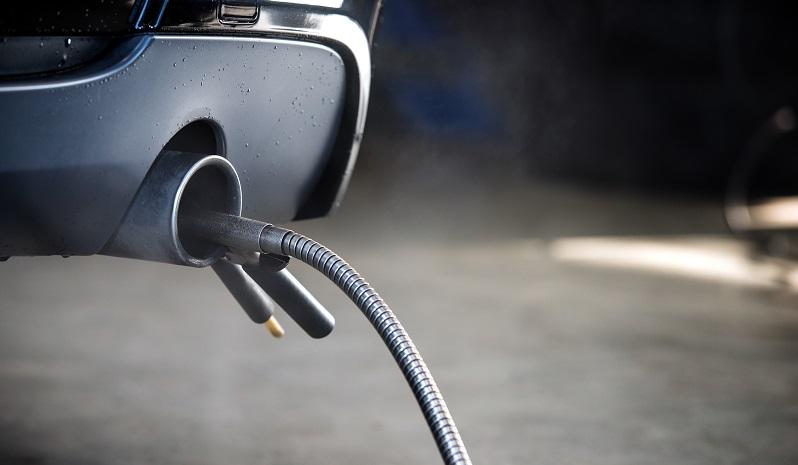 From September 2017, RDE emissions of new car models will need to meet a Not-To-Exceed (NTE) emissions limit and a CF for NOx emissions of 2.1 (which equates to up to 110 per cent over the existing NOx limit of 80 mg/km). From January 2020 for new models – and from January 2021 for new vehicles – this CF will drop to 1.5 for NOx. In addition CO2 limits will drop to 95 g/km. Two more RDE packages will be introduced during the period. Package 3 will introduce a CF for particle number (PN), and RDE cold-start emissions, while Package 4 will add In-Service Conformity RDE testing and market surveillance. In the US, meanwhile, emissions limits are established by the Environmental Protection Agency (EPA). In addition, the State of California can adopt its own emission regulations, which are often more stringent than federal rules. Other states have a choice to either implement federal or California requirements.

Current Tier 3 emission standards for light-duty vehicles were signed into law on March 3, 2014, and are set to be phased-in over the period between 2017 and 2025. Under Tier 3 standards, manufacturers must certify vehicles into one of seven ‘certification bins’, and meet a fleet-average emission standard each year. The most notable difference between Tier 3 and the existing Tier 2 regulations is that certification limits (bins) and fleet averages for NOx must be expressed as the sum of NMOG+NOx emissions.

So the highest emission bin – Bin 160 – equates to a NMOG+NOx value of 160 mg/mi, and CO of 4.2 g/mi – while the lowest is 0mg/mi. All particulate matter (PM) values are set at 3 mg/mi, while HCHO is 4 mg/mi in all bins. Importantly, under Tier 3 rules, fleet average NMOG+NOx emissions must be reduced to 30 mg/mi (Bin 30) by 2025. Meanwhile, limits for PM will be phased in over the next 5 years, as a percentage of vehicles sold that meet the 3 mg/mi limit, from 20 per cent of vehicles in 2017 to 100 per cent by 2021. Notably, the US withdrew from the WLTP process at an early stage – however, its adoption in the EU will mean a greater degree of similarity between EU and US test regimes than at present.

Other countries around the world are also tightening up emissions testing. In China, for example, the Ministry of Environmental Protection released the final version of Stage 6 Limits and Measurement Methods for Emissions from Light-Duty Vehicles in December 2016. The ‘China 6’ standard deviates from previous regulations in that it combines best practices from both US and EU requirements. Before that, China was more closely aligned with existing European legislation. China 6 stipulates two sets of emissions limits, namely ‘China 6a’ and ‘China 6b’, for pollutants, and shifts from the New European Driving Cycle (NEDC) towards the more representative WLTP.

China 6 also adopts the testing requirements of RDE, but with modifications that address the unique driving conditions in China. China 6a is generally comparable with Euro 6 standards, with two exceptions: emission limits are largely fuel neutral; and it regulates two further greenhouse gases – N2O and methane (CH4). However, China is lagging Europe and the US by around 5 years, so CFs for NOX and PN will not be enforced until July 2023. The CFs have temporarily been set at 2.1, but will be re-evaluated before July 2022. CO will also be monitored in RDE tests, but no CF limits have been set so far. China 6b further reduces the 6a limits for NOX, THC, NMHC, PM, and CH4 by a magnitude of around one-third to one-half.

Likewise, regulators and policy makers in India announced the draft version of Bharat VI in February 2016. The rules are set to be implemented by April 1, 2020, and will include the RDE on-road certification. Again, the European RDE legislation will be the baseline for India’s requirements.

South Korea and Taiwan are also considering adopting rules based on the EU’s RDE testing requirements, although no dates have officially been set.

While, DieselGate did not cover VW, and the automotive industry in general, with much glory, it has at least set in motion regulations and legislation that should lead to most of the world’s population enjoying cleaner, safer air.