So far, 2019 has proven to be a big year for autonomous technology. First and foremost, the industry has made a number of significant strides towards level 5 automation due to significant advancements in enabling technology such as radar, LiDAR, and inertial measurement technologies[1]. Not only are these new solutions expected to dramatically improve the safety of existing advanced driver assistance systems (ADAS), they also serve as key stepping stones to widespread adoption. The attitude is that once people get accustomed to these early, semi-autonomous solutions, they'll be significantly more comfortable with fully autonomous solutions down the line. Some experts even predict that, in 2019, we’ll see our first fully autonomous cross-country trip. We're not there yet but, on June 16th, Starsky Robotics successfully test drove their autonomous truck on the Florida Turnpike without a human safety-driver on board [2].

In addition, the next generation wireless standard that’s capable of exceeding speeds of 802.11ac, known as Wifi 6, is expected to hit the market by the end of 2019. As of now, our current connectivity capabilities cannot support level 5 autonomous vehicles. However, not only will Wifi 6 boost the speed of business mobile traffic 7X by 2022, it will also increase capacity by 400%. Combined with 5G, this faster and more reliable wifi will undoubtedly enable the next wave of autonomous tech to be developed, tested and deployed.

Thirdly, the proof is in the numbers: the autonomous business is booming. According to research by Seeking Alpha, the global autonomous vehicles market is forecast to grow at a CAGR of 41.61% from 2019-2022 [3]. In fact, as reported by the Robot Report, financiers invested over $1.6 billion in  autonomous technology companies in the first two weeks of February alone [4]. As for connected cars, according to a 2019 Wise Guy’s report, global connected car ecosystem market is expected grown 23.46% CAGR by 2030 to an estimated $ 842.43 billion [5].

Last but not least, on the regulatory front, 29 states now have laws governing autonomous cars on the books. Earlier this month, the state of Florida passed a law permitting driverless cars to roam their public roadways and do so without any human back-up driver involved. In April, California released their proposed regulations that establish a path for companies to test or deploy light-duty autonomous motor trucks (delivery vehicles) on the state’s public roads. As a result, light-duty autonomous trucks could take to the roads by the end of the year.

As a follow up to our 2018 Autonomous & Connected Vehicle Industry Report, we created a new report to shed light on how the industry has evolved over the past year. Based on the data collected from 100+ automotive leaders, we took a deep dive into how the industry is confronting key challenges such as cyber security, rising development costs and lacking regulatory frameworks. You can download and read the full report here to learn more about: 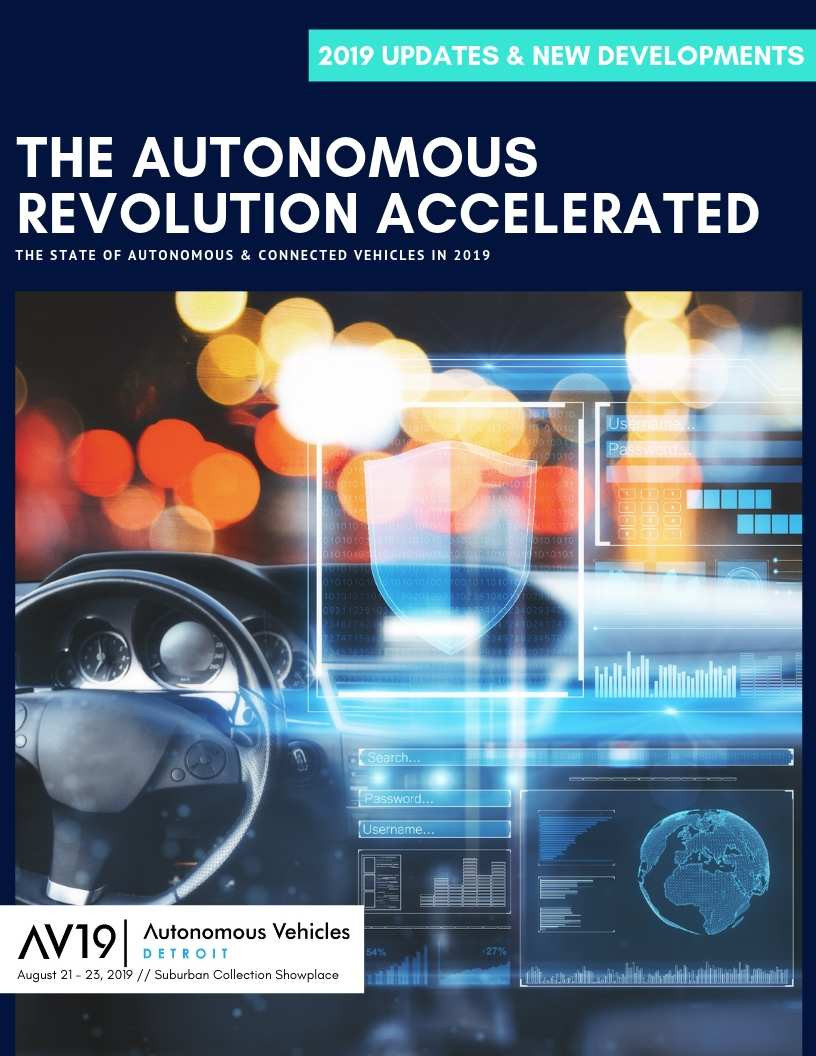