Column: Will EVs flourish or flounder in a world defined by the New Normal?

Covid-19 has a lot to answer for, but how will it impact the development of EVs?

As global leaders come to terms with the impact of Covid-19 and what the New Normal may look like, the automotive industry is facing a downturn that, according to BNEF, could wipe out up to 23 per cent of global sales in 2020.

What is more, some analysts believe the economic downturn triggered by the pandemic could affect electric vehicle sales even more severely.

Findings released in April by research firm Wood Mackenzie show that global sales of electric vehicles could drop 43 per cent in 2020. The firm’s research cut EV sales expectations from the 2.2 million achieved in 2019 to just 1.3 million for 2020. 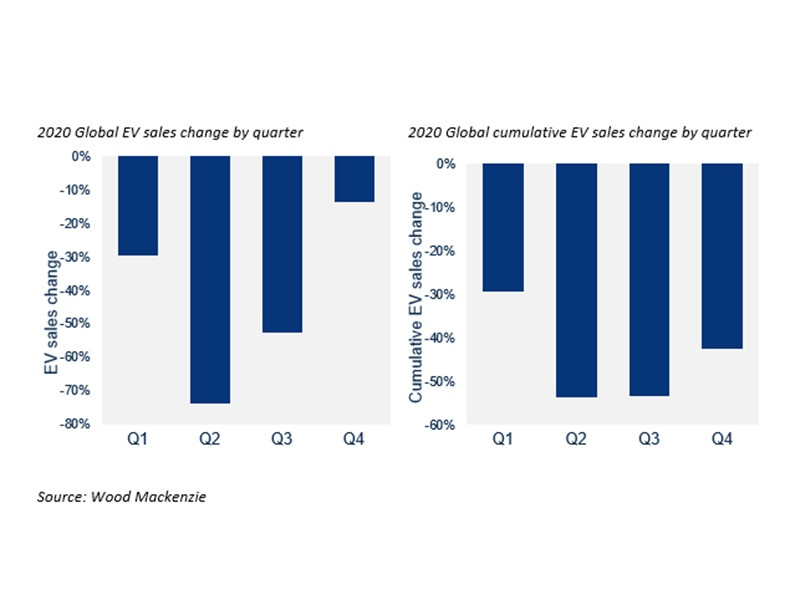 Although the industry is accustomed to cyclic swings in the market, this time the swift and deep disruption could not have come at a more inopportune moment.

Budgets have already been stretched to the limit trying to deliver Connected, Autonomous, Shared and Electrified (CASE) solutions in a stagnating market. Faced with this unexpected turn of events, manufacturers have no choice but to look for even deeper cost savings – such as cutting R&D spending.

Is the New Normal set to challenge the momentum of the EV rollout?

A recent survey from research firm IHS Markit predicts an overall decrease in automaker development budgets by an average of 13 and eight per cent, for 2020 and 2021 respectively.

It also expects an average 17 per cent decrease in advanced research budgets for 2020, and 12 per cent for 2021, which the company believes will lead to a cut in EV tech spending. Of the automakers and suppliers polled in the survey, 22 per cent listed electric powertrain technology as the area most likely to be negatively impacted.

This seemed to be linked to an expectation that fuel economy and emissions regulations would be relaxed, particularly in Europe, where about 98 per cent of those surveyed believed the pandemic would have some impact on regulations, specifically short-term emissions reduction targets.
This has not happened yet.

While automakers may wish to ease the introduction of the 2020 and 2021 emissions targets – or at least the non-compliance penalties – governments may have a different take on the subject.

According to Germany’s Süddeutsche Zeitung, the EU is planning a €100bn ($108bn) incentive and stimulus package to support the mobility sector, including €20bn for clean vehicles, with some European countries already announcing EV incentive programs:

EV incentives are not confined to the EU

Reversing its earlier decision to phase out subsidies for battery and plugin-hybrid EVs by the end of 2020, China’s State Council has approved subsidies of up to 25,000 yuan ($3,521) for BEVs and flat subsidies of 10,000 yuan for plug-in hybrids for domestically built electrified vehicles, for two more years. Electrified vehicles will also continue to be exempt from a 10 per cent sales tax through the end of 2022.

Already the impact of incentives can be seen in Europe, with the largest European car markets combined (France, Germany, Italy and the United Kingdom), registering more than 145,000 EV sales in the first four months of 2020, about 90 per cent higher than in the same period last year.

With most major automakers having announced global electrification initiatives and already committed to massive research and development spending, a reduction would likely only impact on future product rollout. Models scheduled for launch over the next 12 to 24 months are unlikely to be affected. BNEF predicts around 100 new electric car models will enter the market in 2020, with 500 EV models to be available by 2022.

Against this backdrop, it is quite possible that global electric car sales in 2020 will continue their upward trend, experiencing a substantially slower contraction than the overall car market. 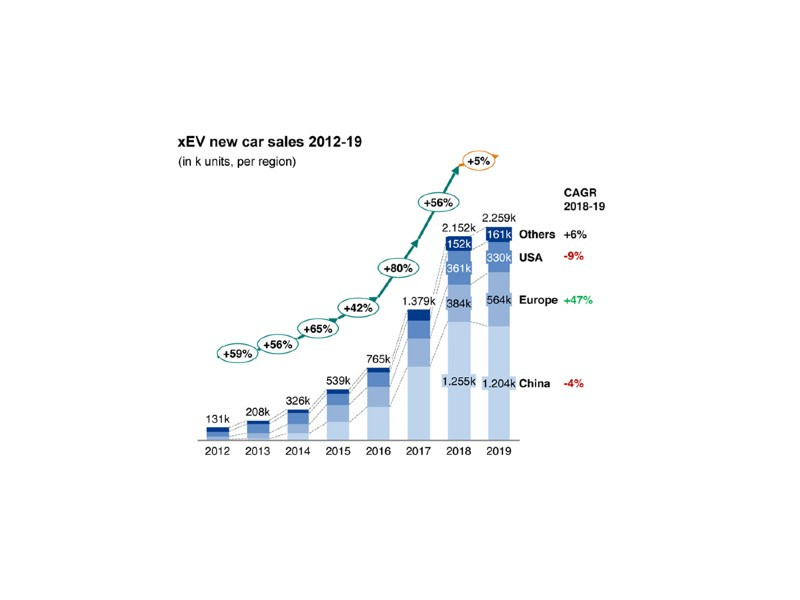 IEA’s estimate is for global EV sales to slightly exceed 2019’s total to reach more than 2.3 million; thereby achieving a record share of the overall car market of more than three per cent. This would bring the total number of electric cars on the road to a new global record of about 10 million.

Longer term sustainability of EVs in the new normal

So maybe the short-term market outlook for the EV in the New Normal looks secure, but what about the technology’s sustainability stretching out ten years or more – was the slowdown in 2019 not an advance warning of troubled times ahead?

It is true that this was against a backdrop of a four per cent decline in global vehicle sales from the 93.7 million registered in 2018, and a change in incentive programs in China. However, coming off a CAGR of over 50 per cent in previous years, the slowdown has many analysts asking whether this was a stumble or the beginnings of a longer term tumble.

Ultimately, Covid-19 will test the industry’s commitment to electrification. With the immediate need for liquidity, automakers are looking closely at all aspects of their operations, and expensive EV programs will be weighed up carefully against easily amortized combustion engines for the popular and lucrative SUVs and crossovers that dealers can move more easily.

Automakers in Europe, in particular, must also balance the need to bring EVs to market for compliance reasons, with the need to protect cash and delay less profitable activities in a declining market.

Nevertheless, while the position of the EV in the New Normal is being debated, the ICE’s position as the preferred power source for passenger-car propulsion is under pressure.

According to Automotive World research, engine production in 2019 fell by 4.4 per cent year-on-year, with output of light and heavy vehicle engines totaling a little under 83.2 million units, compared to 87 million a year earlier. And with tighter emissions regulations adding to the cost of ICE-powered vehicles, electrification is likely to increase, adding further impetus to EV sales.

Thus, any delays in the rollout of EVs are likely to be of short duration. As policy and regulations get tighter and lithium-ion battery prices fall, EVs become increasingly attractive to potential buyers.

And as ICE technology reaches its peak, innovation in electrification is rising. Automobilwoche reports that in 2019, German automakers and suppliers filed 660 patents for vehicles with e-motors, 42 per cent more than in 2017.

These developments all point to a healthy growth in the EV market, which Bloomberg NEF’s Long-Term Electric Vehicle Outlook Report predicts will increase from three per cent in 2020, to seven per cent in 2023, before reaching 58 per cent of new passenger car sales worldwide by 2040. In the same timeframe the company expects combustion engine cars to hold on to 42 per cent of the market.

There are of course many upside and downside risks to these expectations. Ultimately, government responses to the Covid-19 crisis will determine what happens to electric car markets in the New Normal. Sales could go into decline if governments weaken fuel economy standards or electric vehicle mandates – or if they lower subsidies for electric vehicle purchases.

On the other hand, targeted and direct support measures, including for recharging infrastructure, could help to speed up sales.