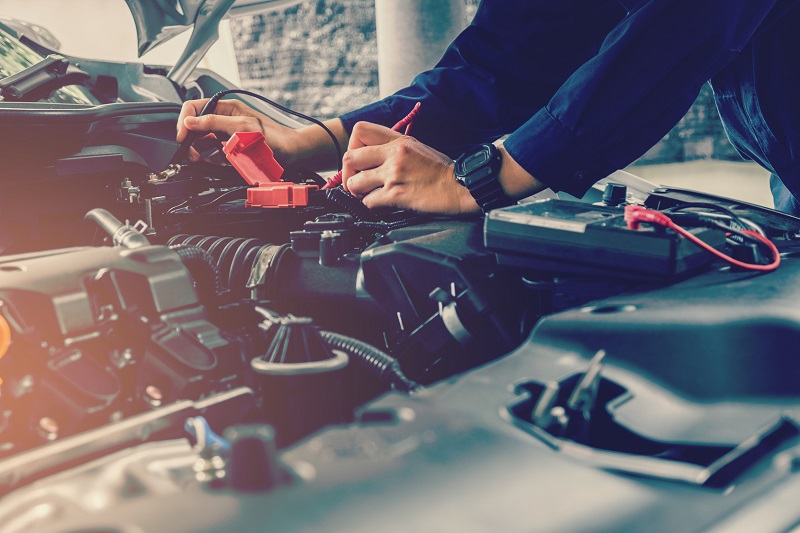 As batteries for automobiles get lighter and stronger, they become not only more powerful but also more dangerous. The search for battery materials that mix power and longevity must also be a search for safety, such as less flammability and explosive power.

For many years batteries have been self-destructive, either slowly or explosively, as a direct cause of the reactions they are designed to create: chemicals interacting to produce heat and current. Disposing of that heat is only one challenge to battery management. In autonomous vehicles (AVs), more sensors, operating at differing voltages and speeds, add not only heat but a widely varying load on the battery as the vehicle maneuvers without a driver.

New batteries that use materials and perform chemical reactions still in research will need even stronger, more precise battery management technology, according to an article that also notes the vast differences in power and efficiency between batteries and fossil fuels. (1) The author said that regulations cannot solely be relied upon to enforce safety rules for battery management, which must become more accurate and reliable as batteries become more powerful. 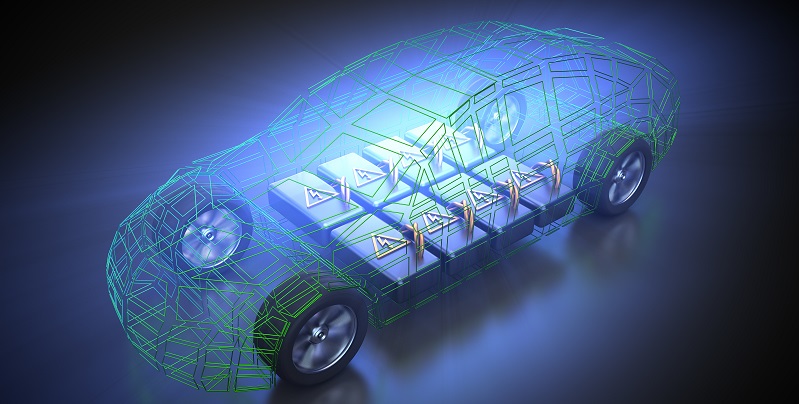 Even the most well-made battery units are unpredictable for life and speed of decline in performance; a battery that degrades long before its volatility is gone is potentially explosive. Autonomous vehicles present an opportunity and challenge to these designers: batteries must be protected from errors and cyber attacks through wireless networks, which demands more powerful security for these networks. Battery controllers, like others in the vehicle, will report to the internal system and outside monitors through wired and wireless contacts.

All-electric ready to take off?

The auto industry is poised to increase production of all-electric vehicles dramatically. The next several years will depend dramatically on battery technology. Since the aim of car companies remains making affordable, manned passenger and freight vehicles, safety concerns for autonomous vehicles is a much greater challenge due to the absence of a human driver.

The great challenge in battery-operated self-driving vehicles (SDV) is the constant use of the vehicle by many riders, since it is generally accepted that the next few years will see testing in the transport of many people back and forth over a specific route. (2) These routes will include many stops and starts, and acceleration that will demand fast voltage changes and varied load demands on the battery.

Expected to become fixtures in practiced-route areas like airports, where they could replace operator-driven busses with explicit schedules, large SDVs will manage systems through internal sensing and transmit the information wirelessly either on a strict schedule or on demand. On the other end of the monitoring system, automation will also be in place to detect abnormalities and report them or stop the vehicle. It is hoped that human intervention will become less and less necessary in these kinds of interactions, but these can only be tested in enclosed environments. It will be far more difficult to detect and deter if the vehicle is miles away from a central hub. This is the point where over-the-road vehicles meet their biggest challenge: safety and security of systems during a long-range trip. Battery stability is one of the most important safety requirements in this case. As voltages get higher, battery stability is questionable due to the sharp variance of loads.

In any controlled condition, drive functions can be more acutely monitored; the tighter the route, the more often external monitors can be used to track systems. Not every SDV route-driven vehicles will be all-electric. Combinations of fuels will run vehicles for many years. We will look at the battery/fossil fuel management systems for autonomous vehicles that run mostly enclosed routes.

SDVs are ideal for operating with varied uses and various fuels. (Hydrogen fuel cells are in use but their popularity is waning, (3) and research funding for them has abated since refueling infrastructure is a big problem.) Hybrid vehicles will lead the trend for the foreseeable future, while all-battery technology continues to evolve. The endpoint is where, no matter the fuels in the vehicle, they will all have more powerful batteries and will need a new generation of sensors. 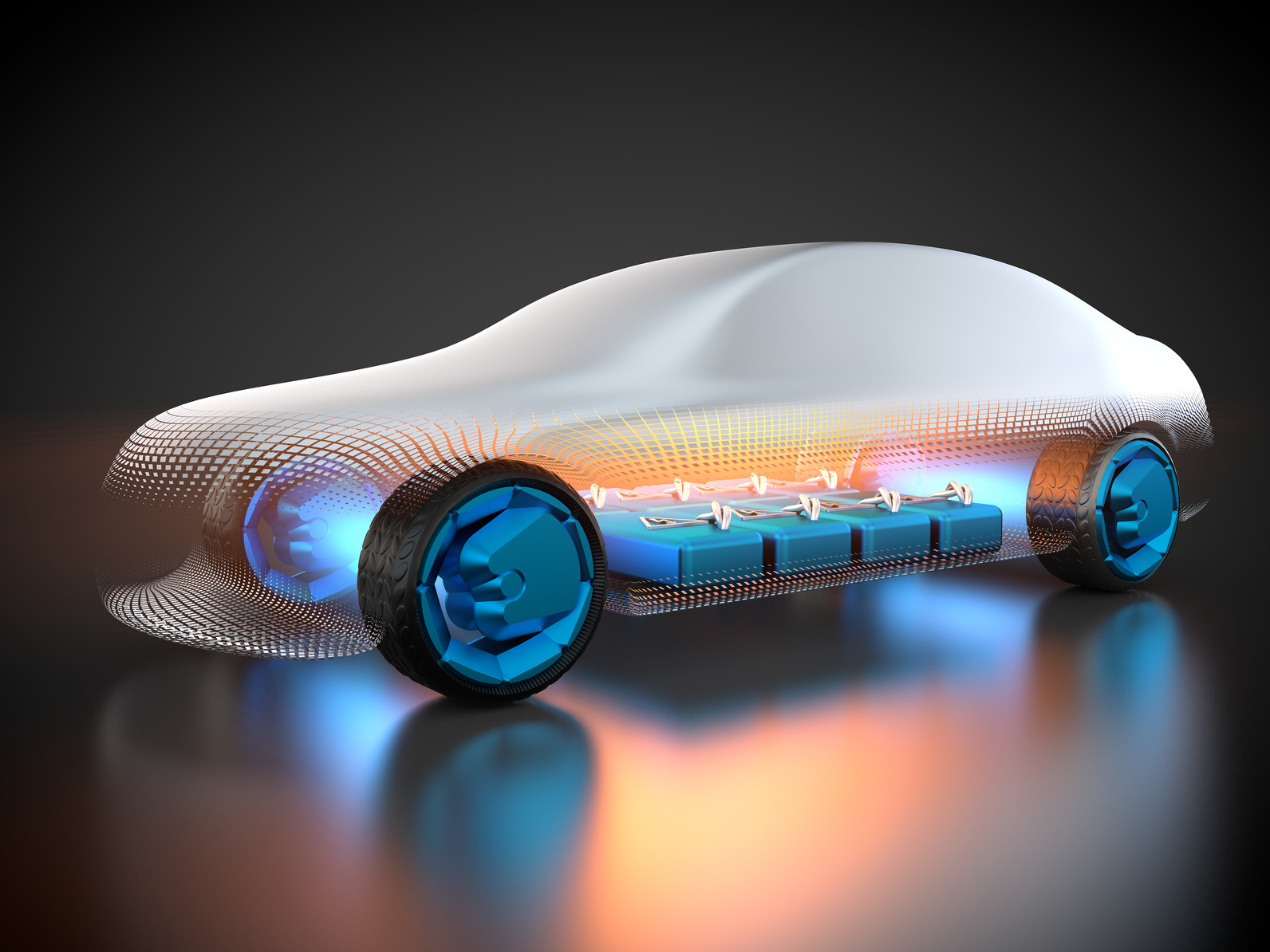 In order to achieve safety on routes in which there could be other traffic, management sensors will have to be designed so that all vehicles can use and understand them. In-vehicle sensing must read and interpret signals from outside communications machines embedded in roadways or placed beside and above the paths. This sort of industry standardization has been debated since vehicle makers first began seeking patents.

Corporations by their nature want to create products that will outperform and outsell their competitors, but safety demands in transportation are making this less and less viable. The autonomous vehicle is no different but presents another level of safety challenge. Battery management developers must develop speed and accuracy into their software/hardware configurations while realizing they will be used with a wide variety of receivers and outside-the-vehicle Wi-Fi sensors.

“Maxim Integrated develops innovative analog and mixed-signal products and technologies to make systems smaller and smarter, with enhanced security and increased energy efficiency,” the article said. They will also have to design the product to conform to use with other sensing products used on routes.

A complex and confounding power issue

The complexity of the battery power/safety dichotomy and managing constantly changing voltage is shown in a patent application (5) for “Battery management systems for autonomous vehicles,” a Unites States patent pending since 2015 through Qualcomm, Inc. This patent, while mainly addressing systems for unmanned flight drones and other UAVs, addresses most of the concerns designers have about high-voltage management.

The corollaries are quite significant. The patent addresses problems with extreme power use like takeoffs in aircraft, very similar to acceleration in ground vehicles. The various discharges and recharging modes affect batteries in different ways; li-ion batteries now in use all vary in the ratio of energy storage and power production. Whether airborne or ground based, the battery management of transportation batteries must include controlling two or more batteries of different voltages and output.

Since battery technology today consists of many interrelated cells, any of which can cause a problem for the system, management is a multifaceted set of controllers, constant power for those controllers and reset/troubleshooting devices, the patent said. Power conversion and control is the key: “A power control element for managing a high energy density battery and a high-power density battery during a plurality of operational modes in an autonomous vehicle according to various embodiments may include a power converter element coupled to a first battery, a second battery, and an autonomous vehicle.”

The connections to manage this are themselves complex, take up space and cause heat. In autonomous vehicles carrying passengers, the safety concern is much higher than that of drones, making the management of battery functions even more important. Battery research shows that power stability is more difficult as the battery gets older and the system is in use for longer periods of time. (1) In expectation of the “super battery” of the future, battery management research’s top problem if the control of wide swings in power and heat.

On the road, back at home

It seems inevitable that autonomous vehicles will one day travel beyond strict routes, taking people throughout a city, for example. This brings battery management into the realm of recharging/storage problems. As vehicles venture further and drain batteries more often, charging stations on the road will become more important. While electricity is everywhere, unlike hydrogen refueling possibilities, the chances of surge voltage harming a large battery array are strong. (6)

Autonomous vehicle charging will face the same problems that recharging causes in EVs and hybrids today: uneven current, overcharging or uneven charging in different cells. Managing these remote problems will fall strictly on the battery management system. New circuit sensors and breakers must be designed to cancel current from faulty or overcharging lines but reset to continue the charging process. It will be untenable if a charge is cancelled early and the passengers return to find no power in the vehicle.

For now, autonomous passenger busses will most likely be sent on routes that allow charging back at a central station, much like bus fleets today. The era of an Uber arriving to take us to the airport, then heading off to another call for a ride, is still a long way off. When it happens, one of the reasons will be that battery safety has risen to match the battery power that will be required.