Li-ion progress and the power brokers 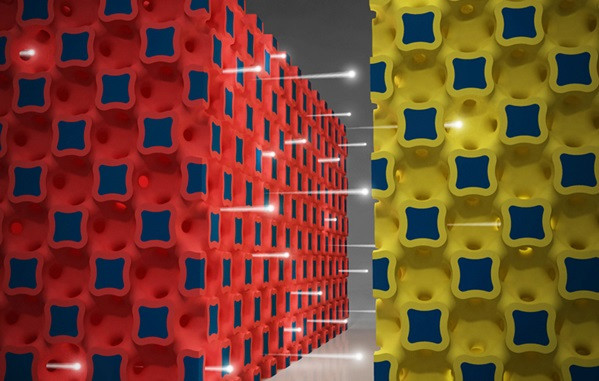 The battle for the battery of the future continues to gain in intensity, with lithium-ion remaining the technology of choice. New developments could ensure it remains the default for years to come.

There are now several companies betting on the long-term supremacy of lithium-ion (Li-ion) battery technology for running a whole range of products, from phones to trucks and everything in between. Some claim better methods of extracting lithium; some claim to have better materials that will improve Li-ion discharge and storage capabilities.

Hybrid cathode materials and all-new materials for both cathodes and anodes will drive the growth of lithium-based batteries. Coupled with the fact that test batteries using other materials are only used on a much smaller scale, Li-ion appears to be set to remain the top product for several more years.

Electric vehicles need stronger, lighter batteries to increase range. As with all transportation, overall weight of an EV is a major concern and the heaviest component is the battery. New cathode materials and architecture are the subject of intense research since stronger and faster charging is one criterion for advancing the sale of EVs.

The focus of much of the research around batteries is on materials that will reduce weight and recharge faster, but the chemistry of anode materials is changing. One method used to produce better electrodes is BiVO4 fern architecture, which looks microscopically like a green fern plant. The growth in this case of chemical branches offers “excellent reversible capacity with large capacity retention.”

Additionally, researchers offered these observations about fern architecture: “As a proof of concept, the team then tested a li-ion full cell with BiVO4 fern architecture as an anode and LiFePO4 (LFP, commercial) as a cathode. The device can achieve a capacity of 140 mAhg–1 at 1C rate. That is 81 percent of the capacity of the cathode. It maintained to 104 mAhg–1 at a high rate of 8C. According to the researchers, the results make BiVO4 a promising candidate as a high-energy anode material for Li-ion batteries.”

The formation of fern architecture of CuO, or copper oxide, is made by blending materials with organic binders to form electrodes. Called freestanding yucca fern-shaped CuO nanowires, the material shows more stability and less deterioration under the chemical reactions of charging and discharging. We will discuss the chemical conversions, binders and electrode materials further. As the report noted, “Most of the nanoscale metal oxides or corresponding composite are fabricated into electrodes by blending with organic binders. However, the weak bonding power between commonly used binders and anode materials usually failed to meet the electrode volume expansions.”

Lithium has many positives as a primary battery material but also some faults. The metal is now layered with several materials in a cathode that will be safer and last longer. Lithium tends to promote destructive dendrite growth and remains a volatile element. A few years ago, researchers began working with a lithium plating system on porous graphene that could help prevent dendrites.

Lithium dendrites expand along their length and width, creating fast-growing destructive lesions in batteries. Researchers were challenged to stop this process while protecting or extending discharge times. The batteries also need to retain fast charging capabilities, and the size of EV batteries adds many times to the size of the problem. A condition of lithium dendrites called tip-wise dendritic movement worsens the condition of the battery, according to this study.

Combinations of cathode and anode materials appear now to be the best approach in Li-ion batteries. Developers have used transitional metal oxides, spinels and phospho-olivines as cathode materials for rechargeable lithium batteries, the study said.

In the run up to the EV taking hold as viable private ground transportation in the 1990s, various cathode/anode combinations were tried. Today, the research is based mostly on observing the results of material reactions at the atomic level. In an experiment using a nanowire electrode, observed through an electron microscope, the team observed no deterioration in the normal process of charging and discharging. These binders are part of the push in battery technology to use combinations of materials to achieve the desired electrical response.

New binders will add to the R&D landscape for battery development. Cathode binders and anode structural builders are both in high-level development. Binders do not react in the electrical charge process but make a big difference in the life and capacity of batteries.

As batteries move toward solid state, the use of liquids is determined by their ability to not inhibit or destroy solid materials. As noted, Li-ion tends to bifurcate or striate microscopically, creating destructive dendrites.

Targray Corp. is a large supplier of binders and other battery materials. The hydrophilic binder system offered by Targray uses water-based slurries of copolymers instead of Polyvinylidene Fluoride (PVDF), which uses dangerous solvents. The list of benefits of aqueous binders includes safety, cost and delivery benefits, as well as better battery life:

• “Lower cost of manufacturing
• ‘Clean’ – pollution-free as compared to use of PVDF that uses NMP solvents
• Use of water-based solvents – environmentally friendly
• Reduction of binder usage amount in the cathode slurry – only about 1.5% for cathode and 4% for anode needed, thus effectively enhancing the overall cell capacity
• Enhancing the active material ratio in a cell because of reduction in SBR amount used – higher energy density is possible
• No requirement for strict humidity control in the manufacturing process
• Fast drying speed in the electrode fabrication resulting in higher production volumes.”

Nano One Materials Corp. of Canada is one company going through the ups and downs of research in large battery development. After several rounds of fundraising, the company built a pilot plant for a new process of refining Li-ion cathode material. Lithium iron phosphate (LFP) as refined in this process is touted as safer, more durable and less expensive than other cathode materials. It is also cobalt free.

Despite some cash flow questions that arose when the company reported negative earnings in June 2018, the pilot plant reported better-than-expected production and quality figures, the report said. Combining research and manufacturing of a proprietary product can be intimidating, but the rewards can be abundant. The company has received backing from the Canadian government for faster development.

The company’s goal now is to research and develop the best combination of coatings, base materials, dopants and high-voltage spinels. Nano One has two Korean patents for materials and processes in its new pilot plant.

To conclude the discussion of better battery materials, let’s look at a claim that Li-ion batteries can be made a thousand times more powerful. The University of Illinois released information about a three-dimensional cathode/anode structure that is highly porous and built in layers. In 2013, this report cited research done using polystyrene substrates as catacombs for the deposit of battery materials. Although it’s six years later, this deserves another look.

The electrode materials are electrodeposited onto and into a polystyrene base that resembles a half-round cylinder sliced lengthwise. Several procedures of electrodeposition insert nickel/tin and manganese dioxide onto these parts. Since the resulting ultra-fine particle distribution has an enormous surface area, researchers claim a very high discharge and recharge rate, up to a thousand times that in current platforms. They claim storage and discharge greater than lithium-air batteries.

Research done in this and many other veins of mixed materials at the nanostructure level appears to be the direction that all battery research will take. New materials, whether for anodes or cathodes, are heading toward improvements on the atomic level. None can defy the laws of physics, but perhaps physics can work to the electronics advantage of everyone.