How electric vehicles are rewriting the rules of diagnostics 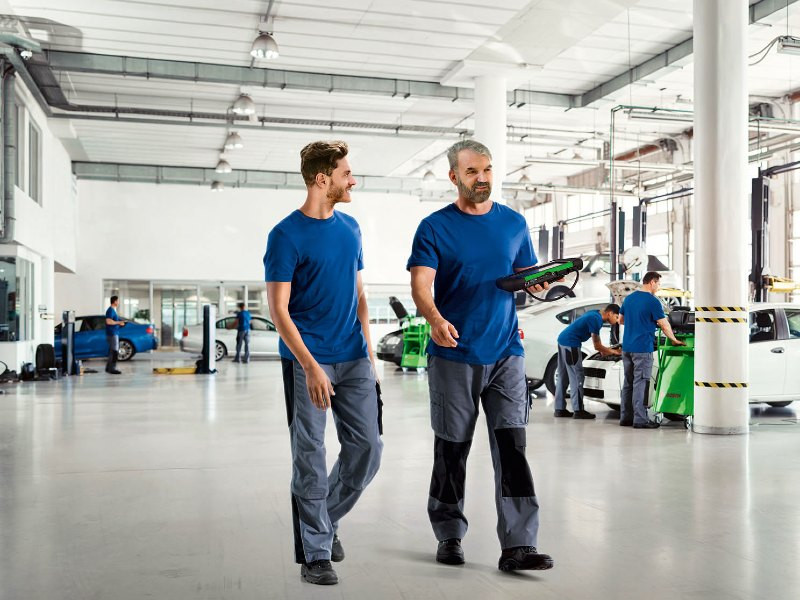 This was equipped with an OBD port to assist workshop technicians in fault diagnosis. However, these early monitoring systems, known as OBD-I, were limited in scope and soon gave way to the more sophisticated OBD-II technology, equipped with a standardized 16-pin OBD connector and displaying standard diagnostic trouble codes.

While the OBD-II port was originally used by technicians as an access point to vehicle diagnostic data and emissions equipment conformance, these ports rapidly evolved into supporting plug-in devices that facilitated telematics systems, enabling remote diagnostics and track and trace services.

In light of the value of the technology in reducing maintenance costs and downtime, remote diagnostic solutions have gained widespread support from automakers and vehicle owners alike.

According to a new study by Future Market Insights, the automotive remote diagnostics market, assisted by the growing integration of Internet of Things (IoT) and the emergence of connected car ecosystems, is projected to grow at a CAGR of nearly 18 percent through 2028.

While recent research by Global Market Insights Inc. predicts that, driven in part by the significant growth in EV technology, the diagnostics aftermarket is projected to top $1.5bn by 2024.

In the evolving remote diagnostics market, enabled by the IoT, the electrified powertrain is shifting the focus of diagnostics from the complex task of fault finding of the ICE and policing emissions, to more management-focused functions:

As the highest cost component in the EV powertrain, manufacturers are anxious to optimize performance and extend the lifetime of the battery. However, rapid charging, a high number of charge cycles, an overly sporty driving style, and extremely high or low ambient temperatures all place stress on the battery.

In an attempt to prolong EV battery life, Tier 1 supplier Bosch is developing new cloud services that supplement individual vehicles’ battery management systems. The company calls the new service Battery in the Cloud. Its first customer is Chinese mobility provider DiDi, which is equipping a pilot vehicle fleet with Bosch battery services in the city of Xiamen.

All battery-relevant data, such as ambient temperature and charging routine, is first transmitted in real time to the cloud, where machine-learning algorithms evaluate the information. The cloud services use this real-time data to optimize the recharging process and to provide drivers with driving tips on how to conserve battery power. Bosch estimates these measures can reduce the wear and tear on the battery by as much as 20 percent.

Using the swarm principle, in which algorithms use data gathered from an entire fleet, not just from individual vehicles, a more accurate diagnosis of battery performance and health can be obtained. Bosch believes swarm intelligence is the key to rapidly diagnosing stress factors in vehicle batteries.

What's more, the widespread adoption of connectivity and the IoT opens the door to extending remote diagnostics to encompass repair and maintenance as well. Tesla vehicles are capable of diagnosing vehicle faults and maintenance issues and then automatically pre-ordering the parts for the repair.

A recurring problem with Tesla’s service has been the availability of parts, but by using the vehicle’s OTA capability, Tesla can now address the issue by automatically ordering the parts as soon as a problem is diagnosed.

Once a fault or service issue is detected the owner receives a Service Request notification on the center screen of the vehicle:

“An unexpected condition has been detected with the Power Conversion System on your Model 3. A replacement part has been pre-shipped to your preferred Tesla Service Center. Please use your Tesla Mobile App or your Tesla account to schedule a service visit appointment now.”

But unlike in the mature ICE vehicle market, accessing data directly from the EV is more difficult for many service workshops, as the car manufacturers have not yet agreed on a standard. Instead of adhering to OBD-II standards, EV manufacturers like Tesla have developed their own proprietary scan tools and protocols – even though the OBD ports often still remain.

Most mechanics rely on aftermarket scan tools to identify and fix problems in a variety of Asian, American, and European ICE vehicles. However, OBD-II scan tools that are used in ICE vehicles might be of little or no use to a technician working on an EV.

While the data extraction through the OBD port for internal combustion engine vehicles follows an industry standard, electric vehicles are not constrained by such a standard.

The OBD-II standard specifies the OBD-II connector, including a set of five protocols that it can run on.

Since 2008, CAN bus (ISO 15765) has been the mandatory protocol for OBD-II in all cars sold in the US, which basically eliminated the other four protocols. OBD-II can also be compared to other higher layer protocols like J1939 and CANopen.
While ICE-powered vehicles follow the industry standard for data extraction through the OBD port, EVs are not obliged to follow any such standard. Although electric vehicles are not required to comply with OBD-II DLC connector standards or use the OBD-II CAN communication protocol, many do – especially vehicles with hybrid powertrains.

This poses a challenge for aftermarket scan tool manufacturers that are struggling to keep up with the demands of scanned data in electric vehicles for two key reasons:

Unlike diagnostics for traditional ICE-powered vehicles, EVs also interact with charging infrastructure. In this environment, the ability of the software and hardware systems to exchange information is a key factor in determining the success of an effective electric vehicle rollout.

In the world of emobility, there are literally dozens of standards, which specify everything from electrical safety to dimensions of charging cables to communication links.

A standard protocol for smart charging an EV? 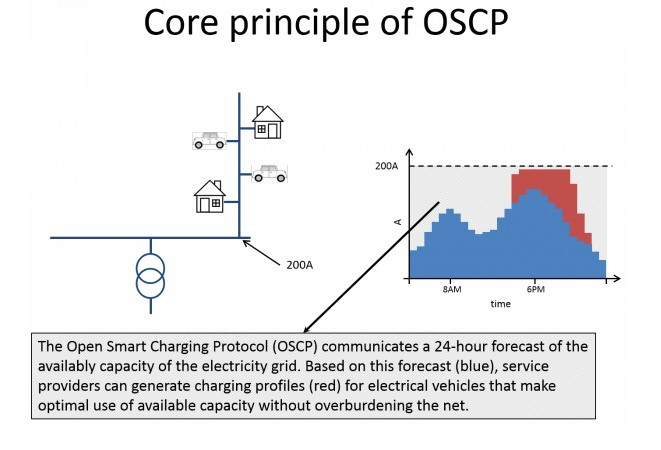 Open Smart Charging Protocol (OSCP) 1.0 was officially released by the OCA in May 2015. It is a protocol between the charge point management system and energy management system of the site owner or the distribution system operators (DSO).

To facilitate smart charging, the protocol relays a 24-hour prediction of the local available capacity to the Charge Spot Operator. This enables the Service Provider to match the charging profiles of the EVs to the available capacity.

The work carried out by the OCA illustrates that, as connected, autonomous and electrified vehicles gain traction, remote diagnostics will play an increasingly important role in reliable and efficient mobility; not only in fault diagnosis, but in vehicle management and even security and stabilizing the power grid.