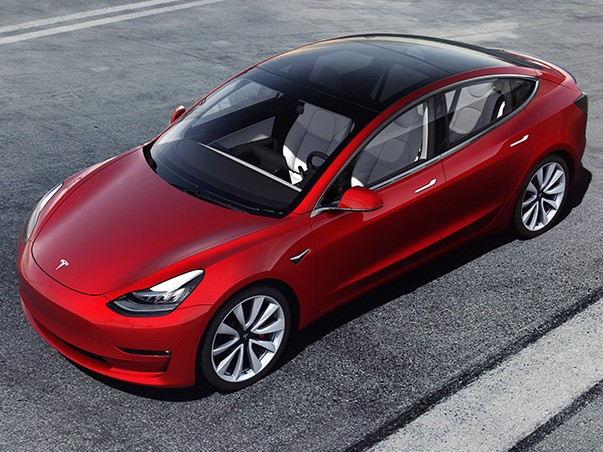 Each year, Automotive IQ surveys its members to gather opinions and insights on the state of the automotive eMobility industry.

The results are then used to produce our annual eMobility report. This case study is an excerpt from our 2019 eMobility Trends 2019 report, which you can download for free.

In last year’s survey, we asked respondents of which OEM did they have the highest expectations of their EV strategy. The answer was an unequivocal 41 percent vote for Elon Musk’s Tesla Inc., beating Daimler and BMW into a distant second and third with 14 percent and 12 percent respectively.

And while the results of our survey show the opinion of eMobility professionals, Tesla’s rapid market penetration and trend-setting approach to the way cars are built and sold looks to be beginning to translate to consumer buying habits, too.

Looking at 2018 sales year analysis from industry database provider JATO Dynamics, it observed that “2018 marked a record year for the sale of battery-powered electric vehicles. Passenger electric cars recorded 1.26 million sales throughout the year, up by a huge 74 percent.”

In addition to noting the impact of the Chinese market’s appetite for EVs, JATO singled out the influence of Tesla, and the Model 3 in particular, for helping to drive those sales records.

The Model 3 went on sale in North America in late 2018, yet still ended the year selling 138,000 units globally – the best-selling EV in the world. It has now begun rolling out in Europe, and in February, its first full month on sale, quickly became the best-selling EV in Europe, with JATO figures stating 3,630 were sold, beating the considerably cheaper Renault Zoe and Nissan Leaf into second and third place respectively.

But is it sustainable?

There is an inevitable hype around the Tesla brand, cultivated by its refreshing approach and rather talismanic CEO, Elon Musk. But the hard sales figures show people are ready for the right product, even if starting prices are significantly higher than the $35,000 the entry-level Model 3 was intended to cost.

However, all is not completely rosy at Tesla, with pressure coming from investors who are beginning to lose patience with the hype. Although the sales of the Model 3 are now on the up, the firm’s share price is doing the opposite.

Tesla’s impact outweighs its sales volumes, which means anyone working in eMobility is also impacted by its performance. It’s perhaps a bit of stretch to say that if Tesla wins, so does the industry, but its influence cannot be overlooked.

SUVs represent the biggest global automotive market segment, and Tesla’s new Model Y SUV arrives later this year. We’re watching Tesla closely, and are intrigued to see if the firm can keep its promises, or if Elon Musk will be forced to make greater sacrifices in order to keep its cash flow positive.