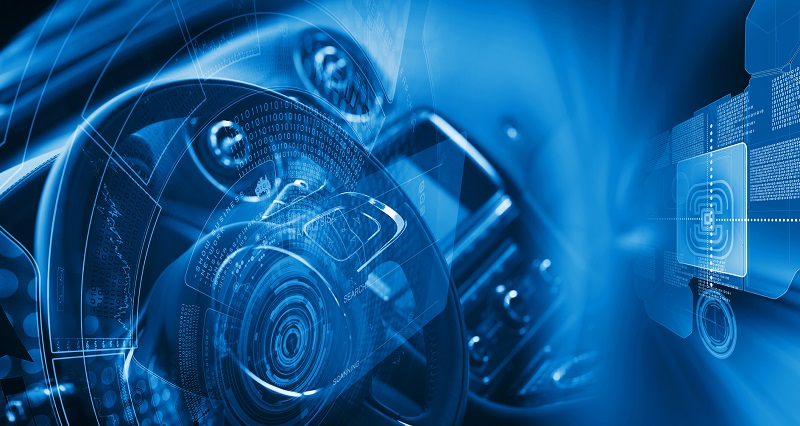 To meet the demands of ever tightening emissions regulations the automotive industry is rapidly turning to electrification, and while the progress being made with batteries and electric motors capture the headlines, there’s another class of components, equally important, that is also undergoing radicle transformation: The power electronics vital to the performance of electric and hybrid electric vehicles (EV/ HEV). 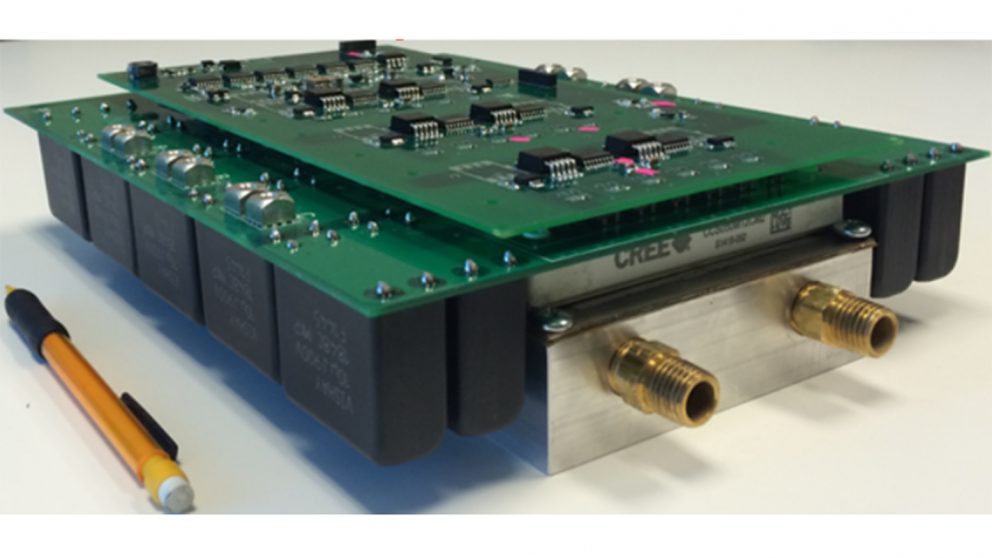 While China leads the way in the roll out of EVs, European companies with their innovative technologies, have taken the lead in the development of power modules and components. In particular in the field of compound semiconductor materials.

After years of R&D in the lab, compound semiconductor materials like silicon carbide (SiC) and gallium nitride (GaN) are beginning to make an impact on ICs used for handling electrical power. These wide-bandgap (WBG) devices are carving out a niche in applications that have to work at high voltages and temperatures while retaining the high efficiencies typically required in automotive applications. 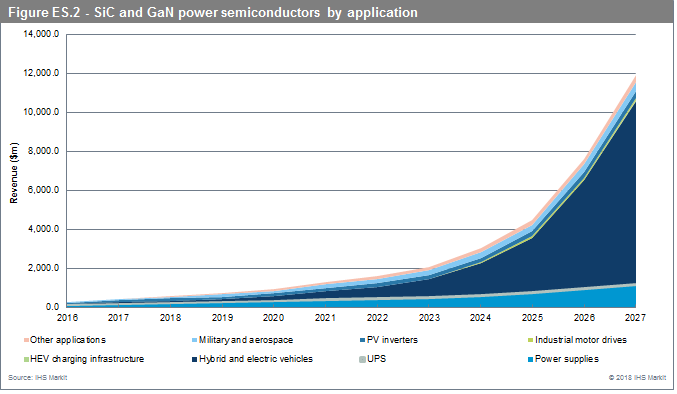 Part of the appeal of SiC comes from its physical properties: For instance, where silicon has a breakdown electric field of 0.3MV/cm, SiC can withstand up to 2.8MV/cm. Its internal resistance is also 100 times less than that of silicon, implying that applications can handle the same level of current using a smaller chip, enabling smaller systems.

Despite the ability of these devices to function efficiently at elevated temperatures, (Electronics manufacturer, Rohm, claims a full SiC module can reduce switching losses by 64% at a chip temperature of 125°C) the PCUs that control the traction motors in HEVs are often located in the engine compartment, thereby placing additional thermal loads on the equipment.

To ensure reliability, durability and efficiency under these conditions manufacturers are exploring various solutions, such as reducing the amount of wire bonding or using a double-sided cooling structure to efficiently cool the power semiconductor chips.

Researchers at Future Renewable Electric Energy Distribution and Management (FREEDM) Systems Center at North Carolina State University have developed a SiC prototype inverter that can transfer 99 percent of energy to the motor, which is about two percent higher than the best silicon-based inverters under normal conditions.

The new SiC-based inverter is able to deliver 12.1 kilowatts of power per liter (kW/L) – close to the U.S. Department of Energy’s goal of developing inverters that can achieve 13.4 kW/L by 2020. By way of comparison, a 2010 electric vehicle could achieve only 4.1 kW/L.

What’s more, the design of the new power component is more effective at dissipating heat than previous versions: The DSC air-cooled inverters can cope with up to 35 kW, thereby eliminating the need for bulky (and heavy) liquid cooling systems.

The FREEDM Power Chip on Bus (PCoB) power module reduces parasitic inductance through an integrated power interconnect structure. The thermal performance is further optimised by attaching the power chips directly to the busbar, integrating the heatsink and busbar as one, while using a dielectric fluid, such as air, for electrical isolation.

The power module achieves a thermal resistance of 0.5°C/w and parasitic inductance of 8nH by using a topology that features all planar interconnects and double-sided air cooling.

The use of SiC offers EV developers additional flexibility in design. For example: The efficiency gains realized with SiC could either bring a 10% increase in range or allow the use of a battery which is 10% smaller, with the cross over point being about 40 kWh.

One of the early adopters of SiC and DSC technologies, Infineon developed a DSC module measuring 42 x 42.4 x 4.77mm, squarely aimed at applications such as main inverters and generators with a typical power range of 40 to 50 kW.

By ensuring a full area-contact on both sides of the package the Infineon solution brings a six fold increase in power cycling capacity while its non-standard wirebond, allows the module to maintain its efficiency at higher temperatures.

Thanks to the DSC, Infineon claims the device offers class-leading power density, while the die temperature and current sensors allow the IGBT to operate closer to the limit thereby optimising the power density.

The FF400R07A01E3 drives 700A and uses a moulded structure optimised for cooling, thus improving its thermal cycling capability and extending the lifetime of the power module. To further improve thermal performance the terminals are connected directly to the DBC with wire bonding and the dies are dissipated on the front side by alloy spacers.

In part, due to the improved cooling provided by the DSC the HybridPACK modules also offer scalability via stacking to support customers’ platform approach.

The IGBT is manufactured with the standard TrenchStop technology design, which reduces losses in conduction and switching. The module also uses an EMCON PN diode.

Although SiC technology is rapidly being applied to low frequency inverters in EVs, it will also be capable of addressing higher frequency applications, including boosters and on board chargers, which will almost certainly necessitate DSC.

While the improved current density and thermal conductivity of SiC-based power modules has made them very popular in automotive applications, the industry has been quick to further enhance their performance through the adoption of DSC. No doubt as power demands increase, so too will the efficiency of the technologies applied to cooling the power devices.