Can In-Car Electronics Catch Up to Consumer Tech?

Smartphone functions and capabilities don’t necessarily translate directly to in-car electronic systems, and the two sectors have very different demands and characteristics. Vehicle manufacturers have a number of extra factors to consider, such as safety, driver distraction, and the methods with which we interact with in-car tech.

These are challenges for the industry to grapple with, but from a consumer point of view these issues are perhaps of less concern. How can this be addressed?

How do consumers interact with car tech?

Perhaps one of the key issues to understand is exactly how consumers interact with in-car technology. Research by J.D. Power in the US in 2016 revealed some interesting findings about how the consumer views incar technology.

The study - conducted between February and August 2016 - polled over 17,000 new vehicle owners after 90 days of driving. Unsurprisingly, trust in technology is related to age, with younger drivers showing a much higher level of confidence in vehicle tech compared to their older counterparts. Safety technology was highly valued by respondents, with three quarters saying they use features such as backup cameras and blind spot warning systems every time they drive. 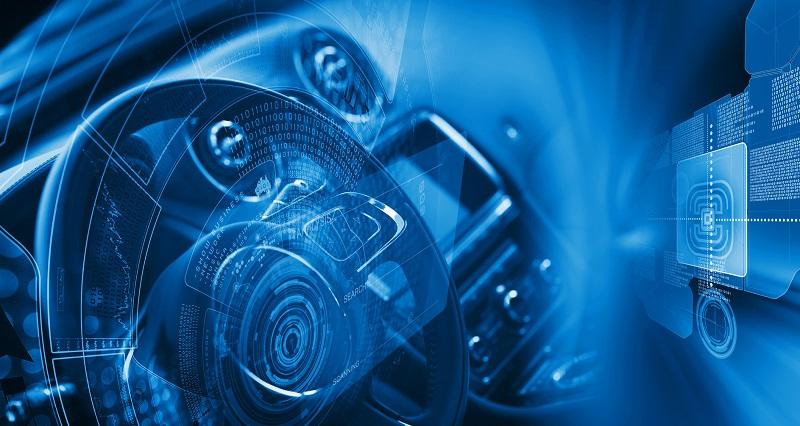 Consumer response to dashboard technology was rather more eye-opening. Some 39 % of respondents in the survey said that they avoided using the infotainment and navigation systems on the center stack, preferring to use a smartphone or other device to carry out the same functions. Navigation systems also scored low on priority for drivers, but remarkably, when asked which feature they used most on a smartphone, more people answered ‘navigation’. While this is just one survey, it points to a possible disconnect between consumers and in-car tech. That’s backed up by the findings that where dealers provided training on technology, features were rated much higher by respondents.

The research suggests that general trends in the automotive industry are heading in the right direction. Creating ever more intuitive systems which can connect to personal devices or are designed on the same platform will increase consumer confidence and interaction. The latest technologies and developments in the sector point to increasingly sophisticated systems, which can close the gap between in-car and consumer tech.

BMW used the CES 2017 to unveil its next-generation interior, complete with an advanced gesture control system known as HoloActive Touch. As part of the new i Inside Future concept HoloActive Touch showcases what the German automaker thinks the future of in-car tech will look like - especially when the act of driving becomes optional.

The new concept features an expansive black dashboard which can be used in its entirety as a display, and a large screen where one would expect to find a gear stick. This screen helps to project the holographic display just above the center console, and below it are ultrasonic sensors for driver hand inputs. A camera tucked away to the right of the steering column also reads driver hand movements. The user can interact with the holographic display via gestures, and as soon as a fingertip makes ‘contact’ with one of the virtual menu options a pulse is emitted to confirm activation. BMW have also integrated an innovative system which provides haptic feedback via a blast of air. The flexibility of the dash display means that it is able to split and provide different entertainment or information to both driver and passenger.

BMW take a holistic approach to connectivity, and another feature of the i Inside Future concept is the Open Mobility Cloud - designed to provide a range of services and information in a world of autonomous vehicles and also integrating functions such as online shopping. Interestingly, the voice-controlled digital assistant is based on Microsoft’s Cortana technology, which may give an indication of where BMW is heading as it advances the system.

A new collaboration involving a technology giant which was unveiled at CES 2017 is the partnership of Fiat Chrysler Automobiles and Google, who have revealed plans to work together on a new version of the Uconnect infotainment system powered by Android.

The Uconnect system, which features in most of FCA’s brands, uses an 8.4 inch touchscreen display as the main input source. The version of Uconnect powered by Android - showcased in a Chrysler 300 sedan at CES - will run the latest version of Google’s operating system, Nougat. The system has been designed in such a way that the Android OS works in the background controlling key features, while various Google apps, such as Assistant and Maps, have been integrated. At the front end the user will see FCA’s own designs for the various screens, each representing the specific brand. 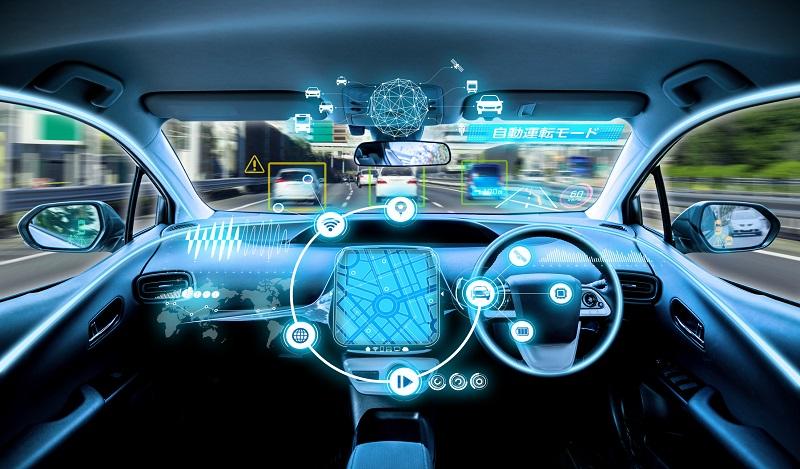 This is an interesting development, as car-makers in the past have been wary of handing over control of the infotainment system and sensitive data to external companies. Google has said it is “committed to building Android as a turn-key automotive platform that integrates deeply with the vehicle in a safe and seamless way”. It was in 2016 that Google announced an Android-based infotainment system of its own, so it’s clear this is a sector that Google is keen to develop.

The theme of electronics and technology firms working with the auto industry in this arena continues with the news that Samsung has acquired Harman International Industries for $ 8 billion. Harman is a key supplier of connected car solutions, with over 30 million cars worldwide equipped with embedded infotainment, audio systems, telematics, and connected safety and security systems. Harman will operate as a standalone Samsung subsidiary, but it gives the Korean tech giant a strong presence in the in-car electronics market. A statement from Samsung amid the takeover said, “The vehicle of tomorrow will be transformed by smart technology and connectivity in the same way that simple feature phones have become sophisticated smart devices over the past decade”.

Smart technology is indeed transforming our vehicles, but functionality and usability present different challenges and provide different opportunities inside the cockpit. Back at CES 2017, leading automotive supplier Bosch unveiled a new concept car which is designed to ‘turn the car into a personal assistant’. The concept begins with face recognition and intelligent personalization, whereby a driver monitor camera can recognize who enters the car and adjust setting accordingly. The car can personalize seating position, adjust the steering wheel, mirrors and interior temperature and select a favorite radio station. The camera also acts as a safety device by monitoring the driver for drowsiness and sounding an alert if the occupant falls asleep. Bosch has integrated its haptic feedback with neoSense, whereby haptic feedback on the display means the touchscreen buttons actually feel like buttons - thus making it easier to use without looking. This particular technology won an innovation award at CES 2016, and has since moved much closer to serial production.

The way in which we interact with our cars is one of the most interesting aspects of the ‘smart revolution’. A touchscreen is maybe the most intuitive method of using a phone or tablet, but it isn’t necessarily the best option in the vehicle. While the level of attentiveness is of little consequence when browsing on a smartphone, it is critical when driving a vehicle, and smart technology enables a range of innovative new functions. Hyundai has taken this to a new level with its ‘Healthcare Cockpit’, a concept designed to ‘cultivate the wellbeing of the driver when commuting or travelling’. The concept uses biometric sensing technology to assess the physical and mental state of the driver, detecting things like posture, respiratory rate and breathing depth to manage the stress levels and negative effects of driving. The idea is to introduce ‘sensory bursts’ or micro experiences - so if a driver is falling asleep an ‘alert burst’ can be triggered, or if a driver is showing signs of stress a ‘calming boost’ can be triggered. These ‘mood bursts’ can even be personalized to create the desired impact. If a driver is losing focus the seat can move to a more upright position to encourage attentiveness. A range of scents can be introduced to either calm or invigorate a driver; and light can be used throughout the interior to provide a warming or cooling effect. Temperature can be automatically adjusted to either wake the driver up or make them more comfortable; and sound is also used - both style of music and volume - to help maintain a positive experience.

Car-makers have always been reluctant to cede responsibility of any in-car electronics, but the smart technology sector moves at a far greater pace than that which the auto industry is accustomed to. Recent collaborations suggest this trend will reverse in the coming years as the likes of Apple, Google and Samsung step up their development in the sector. While the vehicle cockpit presents a variety of different challenges to that of a handheld device, consumers are keen to see the systems they know and love built into cars. The best and quickest way for the industry to achieve parity with consumer technology may well be to hand over responsibility to the tech sector, while car designers can work alongside to develop ever better ways of interacting with the vehicle.