Sustainability and the case for CASES 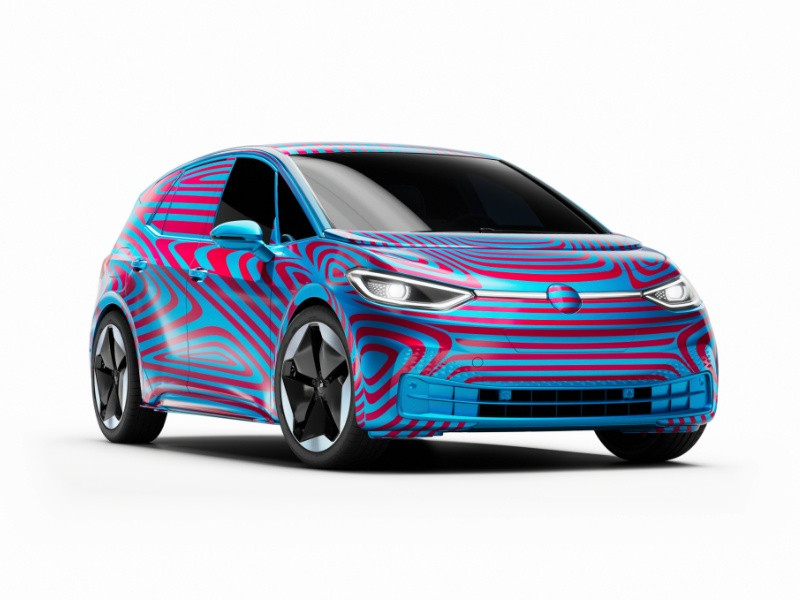 Daimler calls it CASE, the Center for Automotive Research prefers ACES. Regardless of the order of the letters in the acronym, the automotive industry has agreed that the future of the car is one that’s Connected, Autonomous, Shared and Electric. But there’s an emerging addition to this list – Sustainability – that is becoming a key battleground, particularly amongst the premium brands.

Sustainability is simply the quality of being able to continue over a period of time. It has inherent environmental connotations, particularly in 2019, but at its core, a sustainable automotive industry has to deliver the same financial gain but set against a background of significant change.

Right now, there are certainly feature overlaps between the existing four CASE topics – for example, there are inherent safety benefits to having both a connected car and an autonomous car; an electric car charged using renewable energy compliments a fleet of fewer shared vehicles that replace more personally-owned cars.

The latter connections are significant – particularly in the wake of Dieselgate and the environmental definition of sustainable – and key to ensuring that increasingly conscientious consumers justify some form of car as their preferred method of getting from A to B. As a result, sustainability is what makes the case.

Although the VW Group is at Dieselgate’s center, the breadth and depth of international news coverage on the subject means that diesels are seriously out of favor with consumers. The fuel type was the most popular in Europe, with 51 percent market share in 2015, according to figures from industry monitor JATO Dynamics. However, post-Dieselgate, the news of which broke in the same year, diesel passenger car volumes have been dropping significantly, and hit 36 percent market share last year – the lowest since 2001. JATO also predicts sales will continue to fall, albeit at a reduced rate, in 2019.

It comes as no surprise that the VW Group has been the most vocal in how it is engineering-in sustainability right across its entire business, treating the new generation of CASE vehicles as a way of starting afresh.

Going all in on electric vehicles is a big step towards that, recently upgrading its commitment to launch up to 70 EVs by 2028 – up from 50 as originally stated – equating to a volume of around 22 million cars. VW Group’s hand was somewhat forced by Dieselgate, but its reinvention as a leader in EVs looks so far to be well founded – more than 15,000 of the firm’s ID.3 EV, which launches next year as the first CO2-neutral volume production car, were reserved in its first week on sale.

Inevitably there is still work to be done in terms of advancing renewable energy to the point where it can sustain so many cars. It’s understandable that many critics of electric cars point to the fact that EVs are more energy intensive to manufacture and aren’t actually that clean once you factor in the coal-fired powerstation emissions required to make the power. However, this is also changing fast – VW itself has even begun to force the issue by launching Elli, a CO2-neutral energy provider in 2019.

Sustainability means an industry that shares

Taking the rise of shared vehicles as an example, a system where more people can get around using fewer cars has significant upsides for the environment, traffic and so forth, but it also means fewer cars are likely to be required. This means economies of scale need to be found elsewhere in order for the industry as a whole to be sustainable.

Daimler’s incoming CEO, Ola Kaellenius, has stated that it is seeking more collaboration, particularly around batteries, in order to keep costs in check. Kaellenius has also noted publically the need to reduce the amount of cobalt used in Daimler batteries – reducing too the reliance on cobalt mined under questionable conditions in the Democratic Republic of Congo – and pledged to make the whole firm carbon neutral by 2039. BMW has also confirmed it will responsibly source its cobalt from mines in Australia and Morocco, and Tesla publishes guidelines that aim to prevent suppliers sourcing cobalt from the DRC.

Partnerships, then, are likely to be key to ensuring future sustainability as the automotive industry undergoes its evolution. But there’s certainly a new trend towards emphasizing the ‘value added’ element that’s being communicated around the environmental sustainability of certain car firms. All of the premium brands offer sustainability reports in one form or another, while in addition to its commitment to build huge numbers of EVs, VW has joined Daimler in committing to becoming a carbon neutral company, including all of its suppliers, by 2050. It has stated an €11billion investment will be required to achieve the goal. For OEMs left behind the curve, Tesla has done an impressive trade in selling carbon credits to other carmakers in order to meet legislative targets, both in the US and EU.

Sustainability at all levels

There seems to be an acceptance that premium needs to at least attempt to equal sustainable in the minds of today’s consumer, reinforcing its importance in setting the agenda for a next generation of cars. For example, consumer demands are already beginning to be reflected in design options like the fact that the Range Rover Velar can be had with wool-based upholstery developed with Danish firm Kvadrat, and the Skoda Kamiq has the option of a vegan microfibre material called Suedia.

In addition to using sustainable materials for its Polestar vehicles, the cars of Volvo’s EV brand will come to life in what the firm calls ‘the most environmentally-responsible car factory in China, with a target of Gold status in the globally-recognized LEED ratings (Leadership in Energy and Environmental Design).’

The case for CASES

Right across the whole spectrum of the automobile industry, sustainability is set to become more and more important, both in its original definition and its environmental one. Dieselgate reminded people that their choice of car isn’t just a status symbol: their conventionally powered ICE hatchback became a rolling statement of how sustainable their lifestyle may or may not appear to the outside world. Tesla did an excellent job of being the go-to choice for people wanting to show the world they care.

Now the premium brands are reshuffling to become sustainability champions. Alongside Connected, Autonomous, Shared and Electric, making sustainable vehicles in all senses of the world is key to unlocking the future of the automobile.