Column: What is in a word?

Not only are the technologies often unproven, but consumers are also uneducated as to the intricacies and nuances of this rapidly unfolding chapter in the book of transportation. Sometimes with fatal consequences.

One such technology capturing more than its fair share of publicity is what is often referred to as the self-driving car. Tesla leads the way with its somewhat creative use of the term Autopilot, a word that would have consumers believe the vehicle to be fully capable of navigating itself – while, in the owner’s handbook, clearly warning drivers to be prepared to retake control from the robot at all times.

And maybe that’s exactly what the well-meaning intention is – but many critics claim it is a very handy marketing tool that over-promises and under-delivers. Whatever the intention, it is one of the many phrases the auto industry is facing mounting criticism over.

The Insurance Institute for Highway Safety (IIHS), a nonprofit funded by auto insurance companies, surveyed 2,005 drivers from October to November 2018 and found that, more than any other driver-assist system, people overestimate what Tesla's Autopilot can do.

48 percent of those surveyed thought it would be safe to take their hands off the wheel while using Autopilot. When asked the same question about four other popular systems, the survey's participants were far more realistic in their expectations – only 33 percent felt they could drive hands-off with Nissan ProPilot Assist, 27 percent felt the same about both BMW Driving Assistant Plus and Cadillac Super Cruise, with only 21 percent believing Audi Traffic Jam Assist to be capable of autonomous-driving.

Unlike the other systems Tesla’s terminology makes no reference to an assist capability while implying aerospace-type autonomy, which could be construed to give the system unfettered self-driving capabilities.

It must, however, be added that the respondents were not necessarily Tesla or AV owners.

Regulators take a stand in the interests of safety

In November 2019 American regulators tackled the problem head-on, focusing their attention on the lack of consistent terminology within the context of advanced driver assistance systems (ADAS) and autonomous vehicles.

After several senators questioned how the National Highway Traffic Safety Administration (NHTSA) would educate consumers to understand the capabilities of ADAS and autonomous vehicle technologies, James Owens, acting administrator of NHTSA, while acknowledging that adopting a common nomenclature and standard would play a pivotal role in the education of drivers, placed the responsibility on manufacturers, saying: "We encourage all developers to make their users aware of the limits of their technology".

At the same time AAA, Consumer Reports, the National Safety Council and J.D. Power jointly announced an agreement to adopt a common terminology for ADAS technology.

This follows a January 2019 report where AAA found that consumers are faced with as many as 20 names for one ADAS feature, adaptive cruise control. What's more, automakers have 19 names for lane-keeping assistance and 19 for blind-spot warning systems.

Advanced driver assistance systems have become increasingly prevalent on new vehicles. In fact, at least one ADAS feature is available on 92.7 percent of new vehicles available in the US as of May 2018. Not only are these systems within financial reach of many new car consumers (about $1,950 for the average ADAS bundle), they also have the potential to avoid or mitigate the severity of an accident.

However, the terminology used to describe these systems varies widely and often seems to prioritize marketing over clarity. The lack of standardized nomenclature for these often safety-critical automotive systems adds confusion for motorists when researching and using the advanced safety functionality afforded by the technology.

"By adopting common terminology across systems, consumers will have a better understanding that this technology is intended to assist and not replace an engaged driver," the organizations advocating a uniform language said in a statement.

Following a slightly different approach, in 2018 the European Commission called for all new cars to be fitted with a uniform set of safety features scheduled to become mandatory in 2021. This not only advances vehicle safety but, through standardization, makes it easier for consumers to predict the vehicle’s behavior across brands and models.

The systems set to become mandatory include:

When is an EV not an electric car? 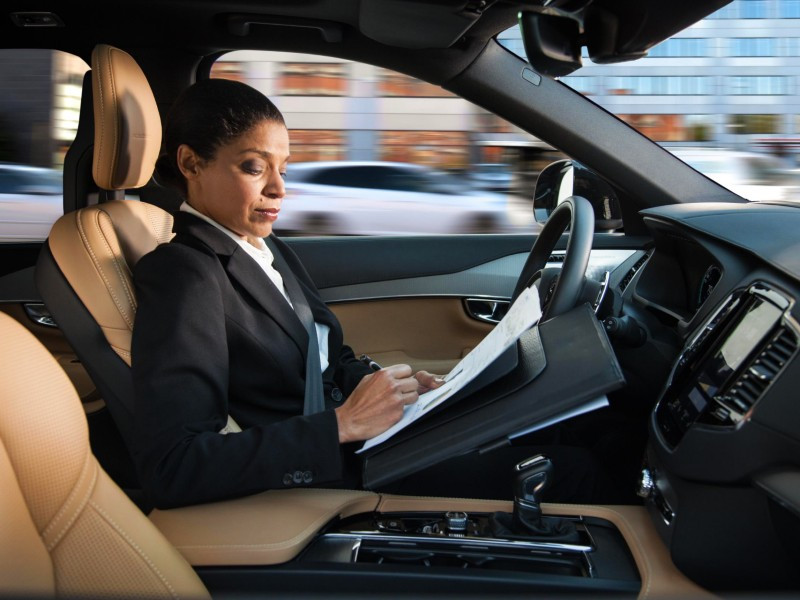 Another component of Connected, Autonomous, and Shared and Electric mobility (CASE) that is as confusing to the consumer, and very often industry professionals as well, is the terminology applied to electrification.

While bodies such as ISO, IEC and the SAE all have comprehensive definitions and standards regarding electric and electrified vehicles, when it comes to the terminology applied to these vehicles there appears to be very little consensus in the public domain.

Depending on the message the body, or individual, wishes to convey, the term EV could also encompass PHEVs – such as is often the case when reporting sales volumes of electric vehicles.

And in the mind of the consumer the difference between a plugin hybrid, a hybrid and an EV is so vague that they are easily perceived as being the same. So when Volvo announced that all the company’s powertrains would be electrified by 2025, many, including elements of the motoring media, interpreted this to mean that Volvo would build only electric vehicles post 2025 – not, as was the intention, electrified vehicles, meaning that ICEs would continue in certain models.

Whereas the consequences of vague and often misleading terminology when applied to electrification are nothing as severe as those for AVs the confusion created by statements, often delivered by industry executives, come across as contradictory. So a statement declaring that 40 percent of all new passenger-vehicle sales in 2025 will be EVs, should in actual fact be correctly phrased as electrified vehicles.

It is quite easy to see the potential negative impact on sales volumes of hybrids and traditional powertrains this confusion could result in.

While manufacturers invest vast sums in improving charging infrastructure for EVs, and driver monitoring technology for AVs, very little seems to be invested in educating the consumer about the terminology and functionality of the AV.

In November 2019 Nvidia senior director of automotive, Danny Shapiro, told Automotive News Europe managing editor, Douglas A. Bolduc: “There's definitely an awareness and education angle to this, which is why we joined PAVE (the Partnership for Autonomous Vehicle Education).”

Autonomous vehicle education is crucial because most people do not know what is in their cars today, what the technology is capable of and what is coming in the future. They have never experienced or read about it and they think of the Terminator when they think of artificial intelligence. Thus there is a natural fear of the unknown, which PAVE intends to address through consumer-focused education.

While no two automakers are taking an identical path to respond to the demands of CASE, there is ample room for differentiation and for gaining market advantages while avoiding marketing focused jargon. The ultimate objective is to produce safer, cleaner, and better performing cars that the consumers trust and desire.

That is a goal worth sacrificing confusing marketing waffle for.