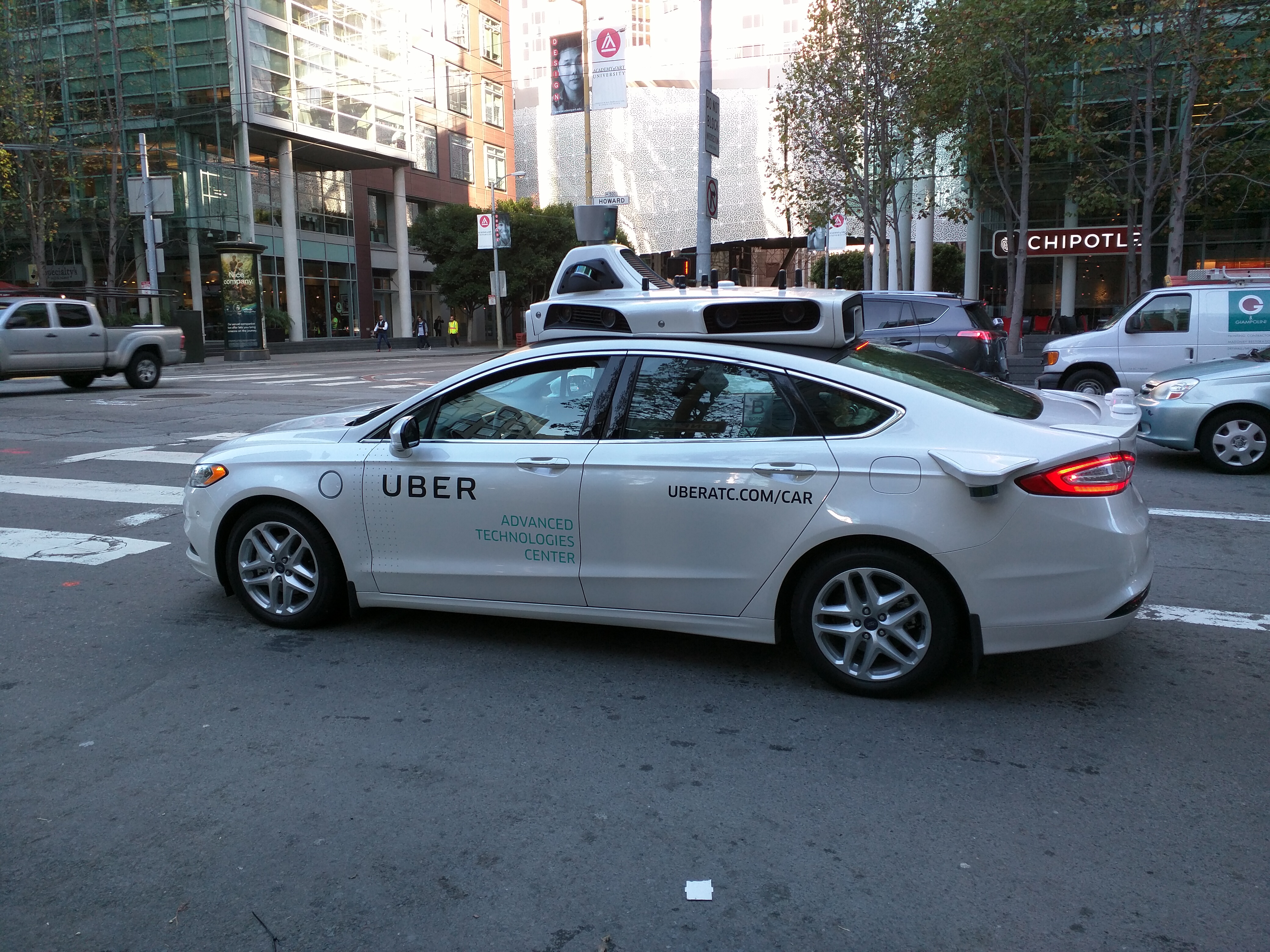 How times change! In November 2017 Volvo CEO, Hakan Samuelsson, welcomed the company’s largest deal ever when it was awarded the contract to supply Uber Technologies Inc. with 24,000 vehicles for the ride-sharing giant's robotaxi fleet.

Now, a mere four months later Zach Peterson, a spokesman for Aptiv Plc, the auto-parts maker that supplied the vehicle’s radar and cameras, has issued a statement distancing the company from any responsibility for the recent tragic accident in Tempe, Arizona involving one of Uber’s Volvos while in self-driving mode. 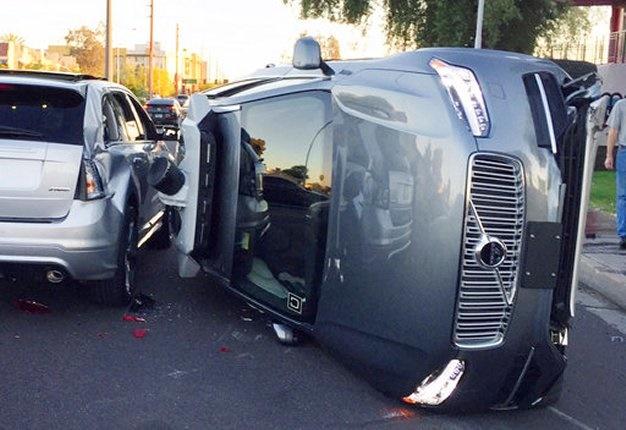 According to Peterson the Volvo XC90’s standard ADAS “has nothing to do” with the Uber test vehicle’s autonomous driving system: “We don’t want people to be confused or think it was a failure of the technology that we supply for Volvo, because that’s not the case.”  Furthermore, Peterson claims Uber had disabled the standard collision-avoidance system.

Adding fuel to the fire, when Uber switched from its previous Ford Fusion test bed to the Volvo SUV the company reduced the number of lidars from seven to a single centrally mounted Velodyn unit. The earlier test cars also used seven radars and twenty cameras, while the newer Volvo test vehicles use ten radars and seven cameras. 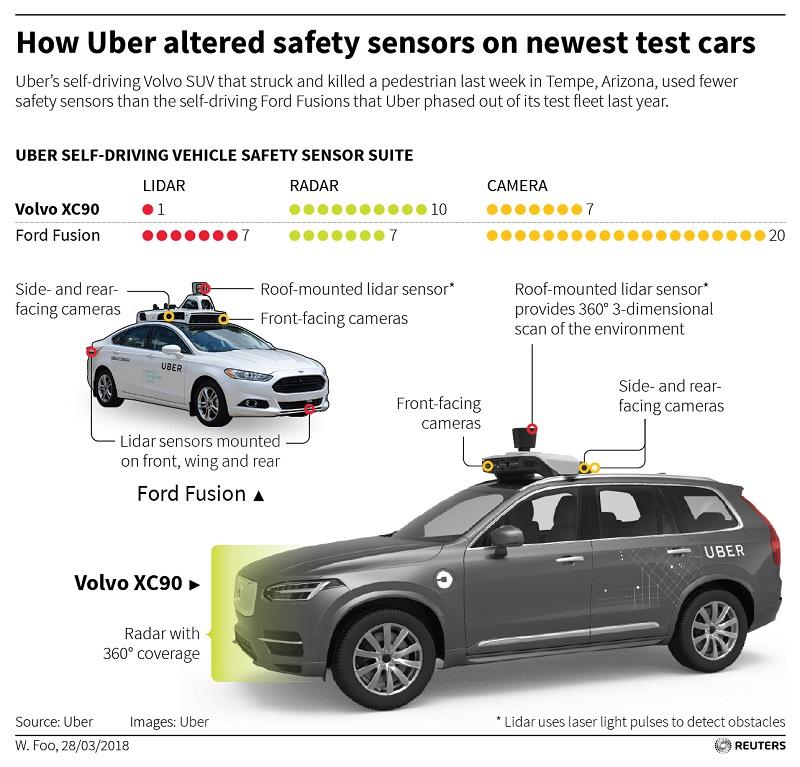 By so doing Uber introduced a blind zone around the perimeter of the SUV that cannot fully detect pedestrians, according to interviews with former employees and Raj Rajkumar, the head of Carnegie Mellon University’s transportation center.

These somewhat bizarre claims and events has fueled speculation that the fall-out from the accident could stall the development and testing of self-driving vehicles, which are designed to eventually perform far better than human drivers and dramatically reduce the number of motor vehicle fatalities.

Amongst all this speculation it may be worthwhile to take a closer look at five of the most significant setbacks likely to emerge in the days and months ahead.

1. Uber’s dreams of becoming the global front-runner in ride hailing could be doomed

The crash was a major setback for Uber, which has been trying to improve its image since Mr. Khosrowshahi replaced Travis Kalanick as the company’s chief executive in a messy transfer of power last August.

Not only is the accident a blow to the company’s image, but with an estimated 50% of the cost of the service going towards paying drivers, Uber desperately needs to replace human drivers with highly automated vehicles: And in order to retain consumers’ confidence it is vital that the technology is proven to be safe and reliable – which requires successful testing on public roads.

So while it could have been expected that Uber would voluntarily suspend public-road testing of its autonomous-vehicle fleet, the swift and decisive action of Arizona Governor, Doug Ducey came as a surprise to many. Shortly after the accident the governor issued a decree prohibiting the company from testing autonomous vehicles in the state, declaring the decision to be in “the best interests of the people” following Uber’s “unquestionable failure.”

The incident also affects Uber’s program in California where, before the company can resume autonomous testing, it must apply for a new permit which will need to address any follow-up analysis or investigations by the National Transportation Safety Board and National Highway Traffic Safety Administration into the crash in Arizona.

With Uber’s permit up for renewal in the state, the company has decided not to reapply for a California DMV permit with the understanding that its self-driving vehicles would not operate on public roads in the immediate future.

The impact of a delay in the roll out of a self-driving fleet is likely to have dire consequences for the company: In late November 2017, the financial blog Naked Capitalism published a piece by transportation industry analyst Hubert Horan on the financial viability of Uber, in which he asked a simple question: “Can Uber Ever Deliver?” According to Horan, based on a significant amount of data on the company’s finances that has been released, the answer is no.

Horan argues that, for Uber to prove its domination of the taxi industry, it needs an autonomous driving fleet sooner rather than later.

And while the accident could spell disaster for Uber it has also come at a most inopportune time for other manufacturers and tech companies conducting testing on public roads.

Earlier this year the bipartisan AV Start Act, which would allow developers to test and market autonomous vehicles immediately, was stalled by three Democratic Senators before it went to a floor vote; mostly based on concerns around safety.

In early March, a few weeks before the fatality, a diverse group of public interest organizations penned a letter to Senate Majority Leader Mitch McConnell and Democratic leader Charles Schumer urging Senate leaders to not advance legislation loosening restrictions on the development and deployment of self-driving vehicles until self-described safety flaws were corrected.

Now, with the ink hardly dry, the lobbyist’s worst fears have materialized which will undoubtedly slow down, if not halt, the exemption of automated and driverless vehicles from NHTSA safety regulations.

And the caution is not only about ensuring a safe environment for all road-users it also speaks to the concerns and uncertainty consumers have related to the new technologies: Getting people to trust self-driving cars is one issue that automakers are already struggling to address.

According to Jackie DiMarco, Ford's chief autonomous vehicle engineer, "When you talk to people, some are super excited and want to jump into their first AV today but some are not as excited and not as trusting yet."

In 2016 automotive research company Kelley Blue Book commissioned a study that found Americans are most comfortable with existing vehicle technology and believe they are significantly safer in current models than those with higher levels of autonomy.

The study, conducted by market research firm Vital Findings, surveyed 2,264 individuals ranging in ages from 12 to 64. It found that 64% of people prefer to have full control of the vehicle at all times. Significantly, 56% of people surveyed said they would prefer to use ride-hailing services with a human driver.

Mobility researchers at the University of Michigan believe that for consumers to accept driverless vehicles, tests will need to prove with 80 percent confidence that they're 90 percent safer than human drivers.

4. A ban on road-testing could put the safe roll out of self-driving cars back years

To get to that confidence level, test vehicles would need to be driven in simulated or real-world settings for 17.7 billion kilometers. But it would take nearly a decade of round-the-clock testing to reach just 3.2 million kilometers in typical urban conditions.

According to Susan M. Paddock, senior statistician at RAND and co-author of the 2016 Rand Corporation study into self-driving transportation, although the data gathered so far is important, it does not come close to the level of driving that is needed to calculate safety rates - even if autonomous vehicle fleets accumulated 16 million kilometers, it still would not be possible to draw statistical conclusions about safety and reliability.

For example, assuming a self-driving vehicle fleet had a 20 percent lower fatality rate than that for human drivers: Substantiating this with 95 percent confidence would necessitate driving 8 billion kilometers. This would be equivalent to driving every road in Texas nearly 16,000 times over. It would take a fleet of 100 vehicles, driving 24/7, around 225 years to deliver these results!

These statistics make it clear that road-testing alone will never deliver the required results in a reasonable timeframe - hence the escalation in the number of virtual and simulated miles companies are covering.

Nevertheless, the complexity of the real-world environment demands that the young technology be tested on public roads, and in order to gather meaningful information and deliver reliable results the fleets that conduct these tests need to number in the thousands, rather than the dozens!

As a safety concession to the less than perfect technology, many companies carrying out road tests continue to operate with ‘safety minders’ in the driver’s seat: Not only to retake control of the vehicle in an emergency but also to give confidence to passengers in these early days of the fully automated vehicle.

5. The accident raises questions about the viability of L3 automation

Following experiments back in 2013, involving the filming of self-driving vehicle drivers/users, Waymo took an early decision to discontinue the testing of so-called Level 3 self-driving vehicle systems where drivers are expected to take control quickly when the need arises.

The recordings, similar to ones made by Ford, showed some users sleeping, quite a few staring endlessly at their smartphones, and some even putting on makeup — all while traveling at speeds of up to 56 mph.

Moreover research, such as that conducted by Alexander Eriksson and Neville Stanton, engineers from the University of Southhampton, shows that it takes between two and 25 seconds for disengaged drivers to retake control of the vehicle when required to do so.

On top of the possible 25-second delay in resuming control, other research has found that it’s difficult to retake control from an autonomous system because people don’t know exactly how the car is handling.

According to Ford’s DiMarco: "The challenge we have is you're providing a high level of automation, but still requiring the driver to have a high level of situational awareness, and that's problematic - you can get very relaxed in that situation."

In all three known fatalities (Including the fatal accident involving a Tesla Model X the end of March 2018) the vehicle was in automated mode and the driver, despite being warned in the 2 Tesla incidents, was totally distracted.

The question is, however: Could the driver safely retake control in an emergency, such as that experienced by the Uber driver?

In this case it’s highly unlikely! Even if the vehicle was in manual mode and the driver was attentive, there would have been a mere 1.2 seconds to react from when the pedestrian stepped out of the shadows.

It’s for these reasons that companies like Ford are aiming to bypass L3 and introduce higher automation in 2021.

Statistics may point to human fallibility as being the cause of almost all road accidents, but the switch to a connected robotic environment must ultimately deliver every nano-second of every day on the promise of a guaranteed near-total safety highway environment. Today’s grudging acceptance by the global public of the inevitability of deaths and injuries on the road will not continue in a driverless environment.