The Auto industry is in general agreement that autonomous driving is set to become a reality in the near future, but the pathways to such a revolutionary change are less than certain. The implementation of technology, the legislative framework surrounding cars which drive themselves, and the effect on infrastructure and transport industries remain open to question.

One of the challenges that OEM’s are wrestling with is steering, and it is a particularly interesting area because it is so integral to human machine interface. the consumer electronics industry is having a big influence here in terms of technology, with huge advances in sensor equipment, mapping and computing power. While start-ups and CE firms are focused on the development of that technology in the first instance, established OEM’s in the auto industry have to balance development with implementation to address some very real-world concerns. 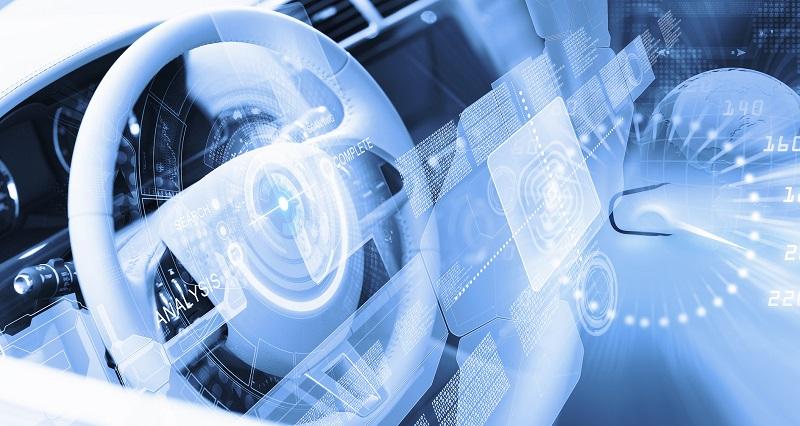 Most industry observers don’t think that the steering wheel is going anywhere fast, but with IHS Automotive predicting that 21 million autonomous vehicles will be sold around the world by 2035, there are discussions about the steering wheel in terms of a ‘legacy device’. We have seen concept cars in test environments that have removed the wheel altogether, but there is also a trend towards making the wheel a vital part of HMI. Other concepts have introduced retractable steering wheels - if the driver is only in need of it when he or she takes control of the car, is it redundant when the car is in control? A look at some of the latest technologies and future concepts in the automotive world, gives a good indication of the direction of travel for steering as we move towards the age of the self-driving car.

Two of the latest concept vehicles to be introduced to the public include the Rolls Royce 103EX Vision and VW’s Sedric concept. Both cars are designed with level 5 autonomous driving in mind, and both are presented without steering wheels or pedals.

Rolls Royce say that the 103EX concept represents a future that “belongs to self-aware, autonomous vehicles”, and the design focuses very much on luxury travel. An expansive cabin is complemented by a vast wide-screen display and a digital personal assistant activated by voice command. The concept is a vision of future mobility from the top-end brand, with a zero-emission drive train and fully autonomous capability.

At the other end of the scale, VW this year released details of its first concept car and first vehicle to have been created for level 5 autonomous driving. The Sedric concept is the VW group’s vision for a shared mobility vehicle, and one which the car-maker says will spawn further cars across its brands.

Individual mobility is linked to a universally usable vehicle, controlled by the touch of a button. A single touch of the handheld device, says VW, guarantees mobility for everyone, at any time, in any location. Once pressed the button and ‘keyring’ indicates Sedric’s arrival time and even features a vibrating mode to lead visually impaired passengers to the car. As a fully autonomous vehicle the concept envisages a car which can independently look for parking spaces, collect shopping, and carry out any number of tasks autonomously. Again, as a level 5 concept the car does away with a steering wheel and human controls, in favour of a large cabin for comfort of travel.

These concepts are fanciful in today’s automotive world, but provide a glimpse into the perceived future of mobility and autonomous vehicles.

Reaching level 5 autonomy will require significant development to create commercially viable vehicles, and that development is often being driven by consumer electronic firms in the realm of software.

Apple apparently stepped back from the idea of developing its own autonomous car last year, but in April 2017 began testing its self-driving tech on public roads in California. A Lexus SUV has been taking to the roads fitted out with a range of sensors including Velodyne Lidar Inc.’s 64-channel lidar. Press reports suggest that Apple is focused on developing the software behind autonomous driving and has spoken to manufacturers about technology licensing.

Waymo - the automotive division of Google’s parent company Alphabet - has begun to offer an ‘early riders’ program to members of the public, giving them an opportunity to test-ride an autonomous vehicle. Google has logged over 2.5 million miles in self-driving cars.

Uber, currently being sued by Waymo over claims of stolen intellectual property, is continuing to pilot self-driving vehicle tests with paying passengers in Pittsburgh, and has resumed testing in San Francisco after obtaining the necessary permits. GM made its entry into this market with a $500 million investment in Lyft, and the £600 million acquisition of self driving tech startup Cruise Automation. Some industry observers believe that fully autonomous driving will arrive first in the ride-sharing sector.

Beyond those big US firms, technology companies including Intel, IBM and NVIDIA are also pushing development in terms of software and hardware components for autonomous vehicles, and we have seen various collaborations with traditional automotive OEM’s. Volvo for example, is teaming up with NVIDIA and Autoliv to develop advanced systems and software for self-driving cars. Volvo has committed to producing a level 4 autonomous car by 2021, and will work with Zenuity - an automotive software development joint venture between Volvo and Autoliv - to develop an AI computing platform for autonomous driving. 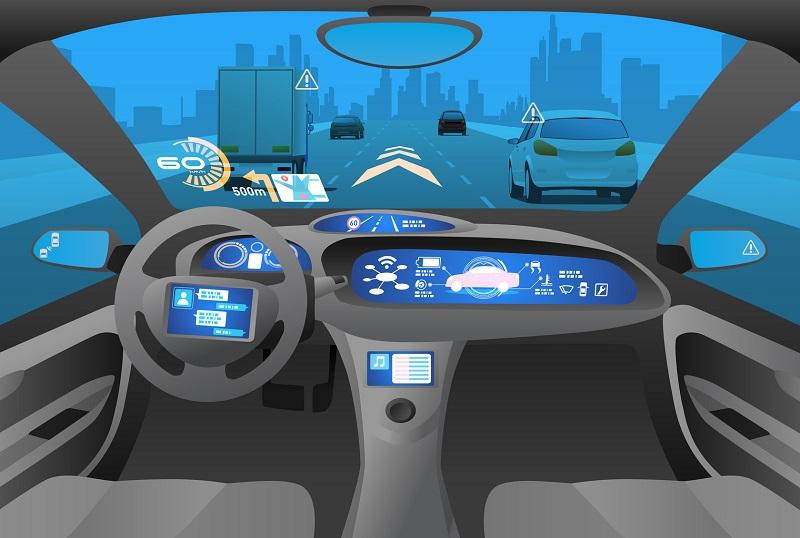 Another tech firm to enter the marketplace is Samsung, which earlier this year received permission to test self-driving systems on roads in South Korea. Samsung is providing sensors and machine learning systems for vehicles, with plans to    develop algorithms, sensors and computer modules that will make a self-driving car that is reliable even in the worst weather. The tech giant’s $8 billion acquisition of automotive and audio supplier Harman International earlier this year represents another big step into the auto market.

Back at ground level among OEM’s we can see the development of steering technology much more incrementally, as more sophisticated systems are gradually introduced.

According to Axel Gern, Head of Autonomous Driving, MBRDNA, “the goal is a new relationship between driver and vehicle.” Mercedes twin approach is to introduce more level 2 and level 3 driver assistance systems gradually, while also working on fully autonomous vehicles. The new 2018 S-Class will qualify as a level 2 autonomous vehicle, but the technology is advanced enough that in theory it could achieve many level 3 functions.

Audi premiered the new 2019 A8 model in Barcelona in July, and is aiming to be the first company to market a level 3 autonomous car. While legislation will need to catch up in order to make that a reality in many markets, Audi says the technology is ready to provide autonomous driving on a semi-permanent basis.

The new A8 will feature an active suspension system based on the 48-volt electronic architecture, with the wheels benefitting from an electric motor driving each wheel individually, adapting to prevailing road conditions. Front cameras detect bumps in the road and predictively adjust the suspension system. This active suspension influences and minimizes rolling movements when cornering, and pitching movements when braking or accelerating. In combination with the electric power steering, this enables smoother and safer semi-autonomous driving.

The A8 benefits from Audi’s pre sense 360-degree safety system, which features a front infrared camera, a monocular camera at the top of the windshield, and four 360-degree cameras mounted front, rear and at the two wing mirrors. The car also includes a long-range radar at the front, four mid-range radar sensors at the corners, and 12 ultrasonic sensors around the vehicle perimeter. Another single laser scanner at the front sweeps a 145-degree field of view within milliseconds, registering obstacles up to 262 feet away.

A range Rover Sport model can currently navigate a complex urban environment at the HORIBA MIRA proving ground. The first set of trials on public roads are set to take place in Coventry and Milton Keynes, UK by the end of 2017, with open-road trials and demonstrations set for 2018.

In a statement on the company’s website Tony Harper, Director of Engineering Research, Jaguar Land Rover, said “Our Autonomous Urban Drive research is Jaguar Land Rover’s next step in our development of both fully and semi-autonomous vehicle technologies. However, we aren’t looking at simply replacing the driver, and making cars ‘driverless’. Future technologies will give the driver more not less – they will assist and ultimately enhance the driving experience.”

Steering in autonomous vehicles will be driven by technological development, and the proliferation of sensors and AI computing power will make self-driving vehicles viable from a purely technological standpoint. For OEM’s the challenges run deeper as they must meet legislative requirements, instill public confidence, and develop economies of scale in order to mass produce self-driving vehicles. 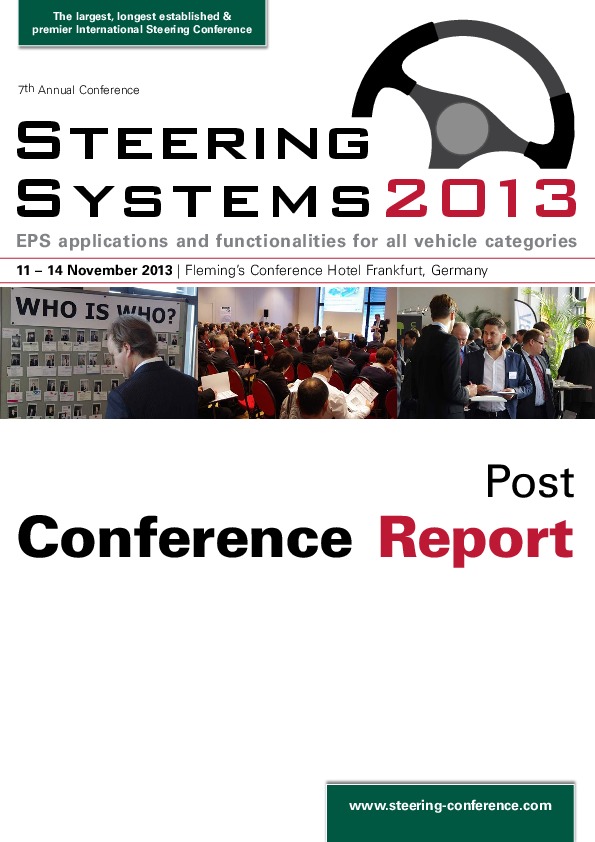