Smart Fibres and Lighting Concepts Changing the Future of Interiors

The car interior has become a hotbed of innovation over the last few years as developments in LED lighting and intelligent textiles have opened the door for new and exciting design visions. In this month’s column we will have a look at just a few of the concepts that have the potential to change the face of car interiors in the near future.

Designer and manufacturer of speciality materials, Corning have developed an innovative light diffusing fibre that could be used in a wide variety of applications, including automotive interiors. Described by the company as a light diffusing element, the fibre allows a controlled loss of light throughout the length of the fibre from a light source at one end. The glass fibre is just 0.25mm thick, and is ideal for applications where the light source, such as an LED or diode, needs to be separated from the fibre.

Corning lists the benefits of the fibre as follows:

• Flexible lighting design element
• Uniform illumination along the length as well as around the fibre
• Tight bend capability
• High and low brightness options
• Custom lengths
• No colour dispersion
• One fibre (for use with laser diode) or multiple fibres (for use with LED)
• Various colour options with uniformity
• Separation of the light generating source (diode) from the light distribution element (fibre)
• Light distribution element which can withstand higher temperatures and harsher environments than the light source.

This is a very interesting alternative to the concept of weaving LED lights into fabric, which is an innovation that has gained traction recently. The idea that the fibre is simply the element distributing light from a separate source is one which may offer far greater design flexibility.

Audi took advantage of this year’s Consumer Electronics Show to reveal a number of exciting interior lighting concepts. The futuristic-looking interior concept (pictured above) was used at the show to highlight potential ambient lighting techniques, and Audi have demonstrated how these lights can also be used to provide additional safety features.

The wood panelling on the doors and the centre console has been shaved thin to allow ambient light to glow through from underneath. These LED’s are not only colour-variable, but also glow at varying intensities - higher when entering and exiting the vehicle, and lower when the engine is engaged. Audi has also linked the lights in the door trim to the blind-spot monitoring system – so if a driver veers into an occupied lane by mistake, the whole door panel flashes red as an alert in the driver’s peripheral vision.

As well as ambient lighting which glows from behind the full-width HVAC vents, there is also a strip of LED’s running beneath the windscreen which will flash as a warning when the pre-collision system detects a threat. This same lighting strip can be utilised for other purposes, such as swept lighting moving across the strip to follow objects moving across the front of the car. For example, the lights can follow a pedestrian as they cross the road in front of the vehicle, giving the driver a gentle reminder of their presence.

With the application of ambient lighting continuing to grow, concepts which harvest their own energy are springing up, which will help to maintain overall vehicle efficiency. The electronics giant Phillips has teamed up with chemical company BASF to produce a new lighting concept using OLED (organic light emitting diode) lights in a transparent car roof.

The breakthrough development incorporates OLED’s which are transparent when switched off, allowing for a clear view through the roof of the vehicles, but provide ambient lighting within the car when switched on. The OLED sandwich structure can also be combined with transparent solar cells to produce energy.

OLED technology has the advantage of high energy efficiency, while offering new design possibilities. The concept developed by Phillips and BASF would afford a driver the spacious feeling created by a transparent roof during the day, while the solar cells collect energy to power the ambient lighting in the vehicle at night.

Moving back to fabrics and remaining with the theme of energy, another innovation which the automotive industry may be keeping an eye on is the research being undertaken at Southampton University in the UK. The research project which runs until 2015, is looking at the possibility of harvesting energy from the environment to power smart and interactive fabrics. Where interactive fabrics are used in clothing, for example, it is not practical to carry around a portable power supply, and although this problem does not apply to the automotive sector, anything that helps to reduce power consumption in a vehicle is of interest.

The research team are looking at two main forms of energy harvesting – kinetic energy from human movement and thermal energy harvesting from heat sources, such as body heat. The second method could be useful in an automotive environment in applications like seating fabrics. There has already been research into intelligent fabrics that are able to monitor the driver’s heartbeat and general health, for example. It may be possible in the future to develop smart textiles for seats which are powered by body heat, and provide a variety of functions as necessary when the seat is occupied.

These types of fabrics may be a long way off, if indeed they ever come to fruition, but there is certainly food for thought for the industry. 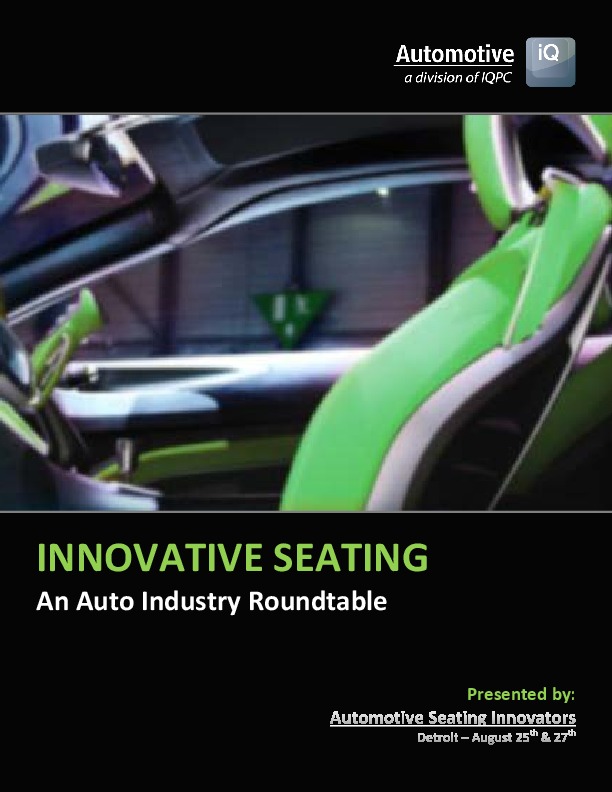 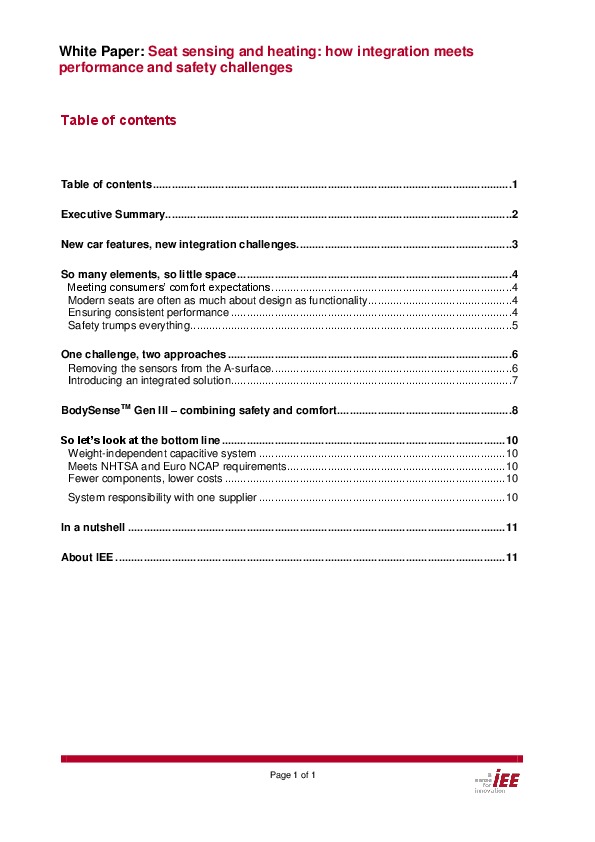