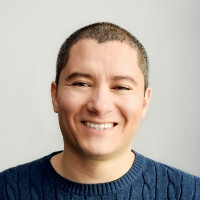 In August last year, residents of Arlington, Virginia, were startled after spotting a Ford Transit ‘driving itself’ down the streets on a sunny day. More astonishing was the fact that, inside, there was a driver at the wheel, actually disguised as a car seat.

Virginia Tech’s Andy Shaudt, who was heading a test examining how people react to self-driving cars, recalls that at some point, when the Ford took a while to accelerate at a green light, “The car behind pulled up at the vehicle’s side and the driver started to yell, ‘Come on, get out of my way’ before stopping and saying, ‘Oh my gosh, there’s nobody in the car!’”

Although a light-hearted example, this story demonstrates precisely where automotive seating innovations are heading. The autonomous vehicle is encouraging designers and engineers to evolve automotive seating to deliver superior comfort and ergonomics, use lighter and sustainable materials, and incorporate smart seating technology. The future, indeed, looks very exciting.

The seat as a “seating experience”

In recent years, regardless of what’s happening in the autonomous space, car seating systems have undergone significant innovation. For example, Ford Motor Company’s 2017 Lincoln Continental model launched its ‘Perfect Position’ seats in 2015 which adjust in no fewer than 30 ways.

According to Kelsey Mays of Cars.com, “The vehicle's glove-soft Perfect Position power seats are mighty comfortable indeed, and they look like trendy airline chairs in business or first class. Senior road test editor Joe Bruzek called them ‘a highlight of the driving experience,’ and I agree.”

In line with this trend, Audi’s latest A8 flagship luxury sedan is one of many that offers a customized massage function for the rear seats, clearly with an eye on the future autonomous driving segment.

According to Jim Hotary, director of innovation at Faurecia’s automotive seating group, “by looking at things like biometrics and vital signs we can also begin to understand whether the driver is stressed or drowsy, for example, and begin to modify the comfort system of the vehicle to be able to best serve that issue. Active Wellness has a series of massage and climate control adjustments that will ultimately help to make you more alert.”

Advanced seating systems are not just the preserve of luxury models either. There are companies working on innovations with every driver in mind. “We’ve realized that even with quite low-end seats with few adjustment directions, people are in many cases misadjusting them,” says Hotary. “In some cases this is creating significant long-term discomfort, and even injuries. For those lower-end systems, we’re developing products that help in a very simple way to explain how to better adjust your seat and what the right fit is.”

This high-tech trend also goes in hand with new developments in the area of materials. Seat cover materials are being re-evaluated, as, “usually premium trim covers just mean leather,” says Tom Gould, Adient’s director of design, research and craftsmanship. “But when we look at other markets – handbags or home furnishings, for example – that isn’t always the case, as well-crafted interiors in the future might have a different definition of ‘premium’.”

Removable trim covers are another feature that could become more common. Already popular in markets such as India, which value them for their practicality, or as personalization options in Western markets, they could become a necessity for car- or ride-share fleets. “We need to look at making share-car ideas more viable for consumers, for example by having seat covers that are more easily cleaned and interchanged,” Gould suggests.

Meanwhile, the Cover Carving Technology developed by Faurecia seeks to free designers from the traditional limitations of seat foam and trim, enabling them to create unconventional or customized surfaces and smooth transitions. It, too, could prove useful in the growing market for shared vehicles.

“Because it can create a surface design that catches less dirt and debris, we will have seat systems that are easier to clean, maintain and potentially even replace, so that we can support these much higher-duty use cases,” says Jim Hotary. “We think these durability and refurbishment scenarios, in order to greatly extend the life of the seat system, will be very important.”

Finally, the drive to cut weight means that new structural materials and manufacturing processes are being developed. As seats typically contribute 6% of a car’s mass, according to Faurecia, Adient is replacing metal with multi-material systems in its CAMISMA research seats, which have proved just as safe as conventional structures in safety testing, but are 40% lighter. They will be available on production models from 2019.

Smart seats, from driver to “rider”

With Nissan plotting an electric vehicle boom, and Honda announcing a US$2.75 billion investment in General Motors’ self-driving subsidiary Cruise, these two segments are paving the way to a car seating revolution. Smart seats are the impending consequence of the advent of AVs and EVs, so companies are adjusting their product strategies.

Adient recently introduced its AI 18 concept, which focuses on urban, electrically-powered and autonomously driven cars. “Our AI 18 demonstrates our vision of future mobility and the impact to consumers in 2030 and beyond,” said Richard Chung, vice president, innovation and design, advanced product development.

“This concept presents solutions for five key usage scenarios for autonomous vehicles, namely Lounge, Communication, Cargo, Baby Plus, and Family. In Communication mode, for example, you can rotate the two front seats to face the rear seat occupants. If you are not driving then you do not have to sit right up against the steering wheel or the instrument panel. Instead, you may sit back and use a digital display table to control the functions of the vehicle.”

Adient asserts that its AI18 seating concept can openly adapt to the desires of diverse users, and is especially compatible with car sharing. In that respect, the company has formed a technological partnership with Autoliy, aiming at offering safety to autonomous vehicle occupants in case of an accident. Chung stated that, "Our expectation is that through our collaboration [with Autoliv] we will find very innovative solutions for Levels 3 to 5 autonomous vehicles. But the message is that given the car seat will rotate through very different positions, the complexity of the safety becomes exponentially greater."

In five years, Scott says, his company expects to be known not as "a seat maker," but as "a leading technology innovation company.” Within the AV-EV segment, Scott envisions that seats will work as individual spaces that adjust as passengers shift and turn. “The connected electronics in their headrests will let occupants listen to their own music or carry on their own phone conversations without disturbing others, a feature that will be especially useful in the era of shared vehicles. The seats will let each passenger adjust individual climate and even communicate biomedical data when needed.”

Han Hendriks, chief technology officer for YFAI, told just-auto.com: "We all agree that autonomy is one of the most significant drivers of change, along with shared mobility, connectivity, and the new mobility OEMs in California. These all challenge us in new ways, on top of electric vehicles and lightweight; YFAI’s XiM17 concept displayed last year at the Detroit Motor Show included more than 25 innovations for the next generation of electric and autonomous cars."

Hendriks is convinced that around 70% of such innovations are production ready today, and would do "very well in a non-autonomous, non-shared combustion vehicle."

So, as BBC’s Ken Wysocky writes, seating is changing dramatically as car designers look to interiors as the next laboratory for innovative differentiation. "And as driverless cars become a reality, experts predict that seat designs will evolve even further and head in previously unimaginable directions."