The automotive seating industry riding into the future 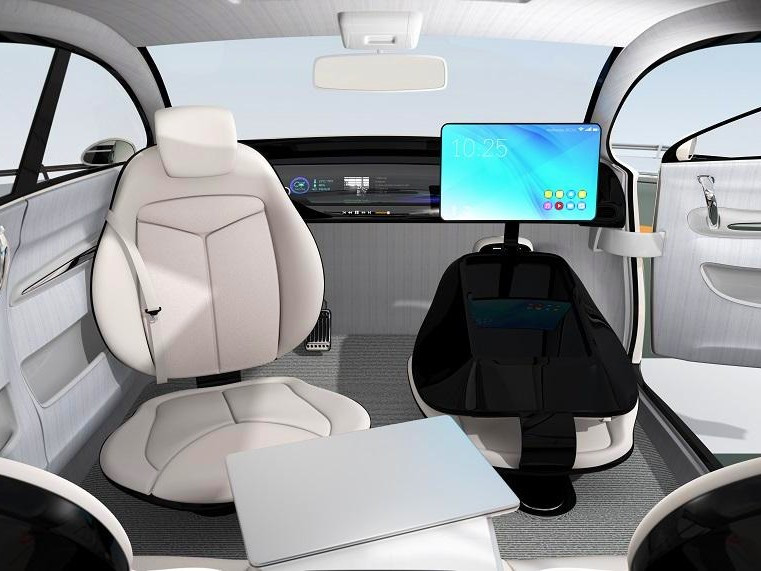 Seating suppliers have had to face cost-down pressures and the commoditization of their product in recent years. And like suppliers in other areas of the vehicle, they’ve responded with cost-saving innovations. Faurecia, for example, which claims to be the world’s number-one supplier of seat frames and mechanisms, developed a new generation of standardized seat frames that are now used in more than 50 different models by Nissan, GM, Volkswagen, and PSA Group.

But Faurecia and its competitors, including Adient (formerly Johnson Controls), Lear, and Magna, continue to introduce other new technologies. Seat comfort, perhaps the product’s most fundamental characteristic, is one of them. At the recent Paris Motor Show, Faurecia unveiled version 2.0 of its Active Wellness concept, which uses contactless sensors, infrared cameras, and Bluetooth to collect data on the driver’s physical and mental condition, and then adjusts the seat and the cockpit environment accordingly. 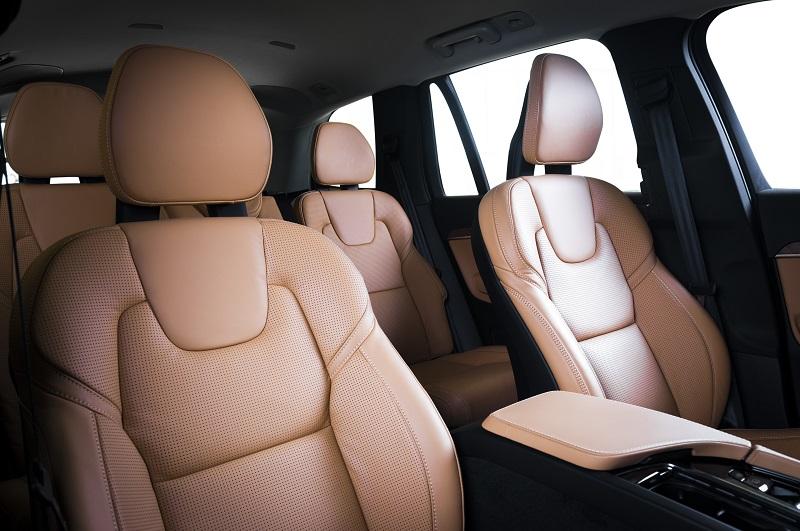 “Some years ago, we realized there’s a limit to what you can achieve if you don’t understand more about the occupant,” says Jim Hotary, director of innovation at Faurecia’s automotive seating group. “We needed to start moving into technologies, and in particular sensor systems, that enabled us to understand more about the occupant’s body size and shape.

"And by looking at things like biometrics and vital signs we can begin to understand whether the driver is stressed or drowsy for example, and begin to modify the comfort system of the vehicle to be able to best serve that issue. Active Wellness has a series of massage and climate control adjustments that will ultimately help to make you more alert.”

Seats with massage functions and almost infinite adjustment are already common in luxury vehicles, but Hotary says that it’s not just at the top of the market where suppliers are working to improve occupant comfort.

“We do a lot of consumer insight work out in the field, watching people use their cars to understand what the issues are,” he explains. “We’ve realized that even with quite low-end seats with few adjustment directions, people are in many cases misadjusting them. In some cases this is creating significant long-term discomfort and even injuries.

"For those lower-end systems, we’re developing products that help in a very simple way to explain how to better adjust your seat and what the right fit is. At the high end the issue is even more compounded. With 22- or even 32-way power adjustment systems becoming commonplace, people don’t understand how to use the seat – half of these features might be buried in menus in the infotainment system, for example".

"But even if you’re into technology and you learn about every possible adjustment, the vast majority of car buyers are not ergonomics experts – they don’t know how things should be adjusted for best long-term comfort. In some cases, the correct adjustment is not what feels best at the beginning. So again, we’re using sensors and creating features that enable many of the adjustments to take place automatically.”

New developments are coming through in the area of materials, too. One challenge is environmental performance. In 2014, Faurecia, working with Dow Automotive, revealed a new seat-pad foam that all but eliminates harmful emissions from the amine catalysts traditionally used in the gelling and blowing reactions during foam production. 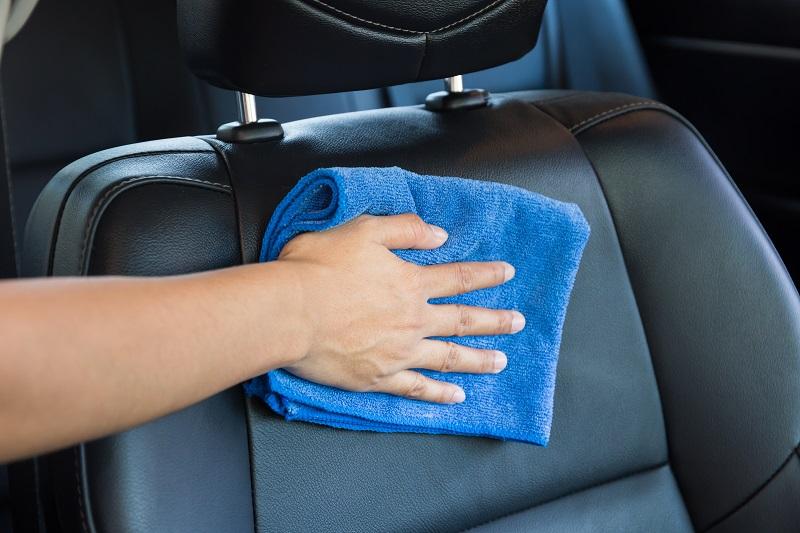 Recyclability remains an issue, though. "In many cases, foam has to become fluff to be landfilled," says Hotary. "We’ve been exploring alternatives that are more compatible with other materials in the vehicle that can be melted down together and reused, or new geometries of materials that don’t require the same kinds of traditional foam."

Cover materials are also being re-evaluated. "Usually premium trim covers just means leather,” observes Tom Gould, Adient’s director of design, research and craftsmanship. "But when we look at other markets – handbags or home furnishings, for example – that isn’t always the case.

"Well-crafted interiors in the future might have a different definition of ‘premium’. Think about the use of performance fabrics in outerwear – a premium coat doesn’t always have to be leather or cashmere, sometimes it has to do with the performance of the coat, what that material is doing for you in that situation."

Removable trim covers are another feature that could become more common. Already popular in markets such as India, which value them for their practicality, or as personalization options in Western markets, they could become a necessity for car- or rideshare fleets. “We need to look at making share-car ideas more viable for consumers, for example by having seat covers that are more easily cleaned and interchanged,” Gould suggests.

Meanwhile the Cover Carving Technology pioneered by Faurecia seeks to free designers from the traditional limitations of seat foam and trim, enabling them to create unconventional or customized surfaces and smooth transitions. It, too, could prove useful in the growing market for shared vehicles.

“Because it can create a surface design that catches less dirt and debris, we will have seat systems that are easier to clean, maintain and potentially even replace, so that we can support these much higher-duty use cases,” says Hotary. “We think these durability and refurbishment scenarios, in order to greatly extend the life of the seat system, will be very important.”

Finally, the drive to cut weight – seats typically contribute six percent of a car’s mass, according to Faurecia – means that new structural materials and manufacturing processes are being developed.

Adient is replacing metal with multi-material systems in its CAMISMA research seats, which have proved just as safe as conventional structures in safety testing, but are 40 percent lighter. They will be available on production models from 2019.

Looking further ahead, the advent of autonomous vehicles is set to reshape automotive seating, in every sense. In particular, the prospect of different – and changing – seating positions will present exciting challenges. Says Adient’s Gould, "We’ve gone through some of these changes in offices, where Gesture Chairs defined new postures and there are now new ways for people to sit because they’re working with a tablet or iPhone. We’re going to see similar things happening in automotive interiors as people are allowed to behave and interact in different ways inside the vehicles."

Autonomous cars might feature rotating or reclining seats. The procedures around when and how occupants might take/relinquish control of the vehicle, be permitted to change position, or be compelled to return to the straight-ahead are yet to be defined, but whatever transpires, such scenarios will make safety the top priority for seat designers. 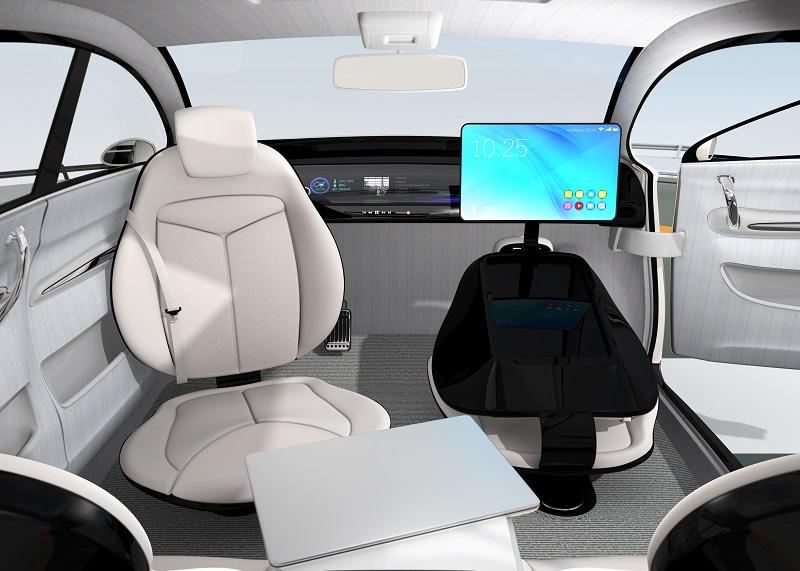 "I think we’re going to see really important interplays between seat systems and the rest of the cockpit to accommodate those kinds of reconfigurations," adds Faurecia’s Hotary. "A fairly practical consideration is how to manage seat belts when you have multiple locations where you may be pointed or moved to.

Today there are pretty good overall structural efficiencies that come from seat belts being anchored to the vehicle body-in-white (BIW) and not having to have the seat system hold that load. But that’s inherently less flexible, so you have to think of ways to manage seat belts that still provide flexibility, without necessarily going back to the days of the all-belt-to-seat architecture that was inherently heavier and structurally more demanding."

Seat specialists will without a doubt find ways to solve these and other problems, as the automotive market evolves to embrace car sharing and driverless technologies. As ever, the simplest ideas are often the best. Gould relates how Adient worked with Honda from an early stage on the One-Touch second-row folding mechanism in the current Acura MDX and Honda Pilot – a single push-button at eye-level to a child.

"It’s not a ‘Hollywood’ statement, but it points to how the supplier and OEM can meet consumer needs by connecting early,” he says. "Today, the biggest changes don’t happen in front-row seats, they happen in second- and third-row seats to enable our lifestyles. We buy vehicles based on how we expect to use them. As technology enables us to do things differently, what we say we need will change, and so the market will adapt to meet our demands. Today, I may need a seat that keeps me comfortable and safe, but tomorrow, I may be asking it to do much more for me." 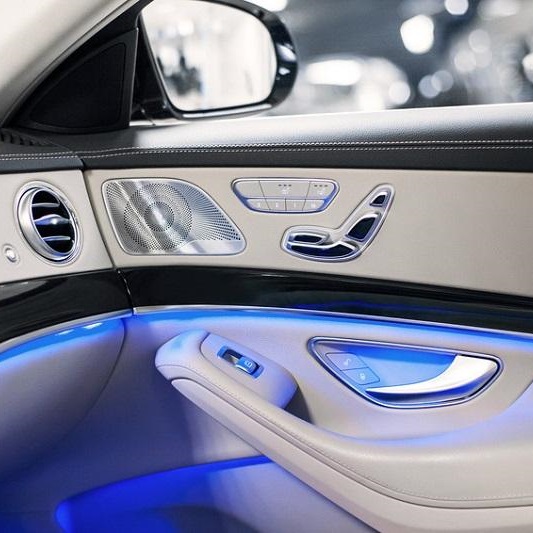