Autonomous trucks - coming to a street near you? 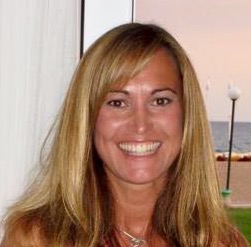 Advances in driverless car technology are seldom out of the news, with Tesla, Uber Technologies, Volvo, Google and Apple all competing to innovate - and dominate - the market. Media attention has focused on how this technology will shape our travel in the future, but the real rise of autonomy can be seen in the trucking industry. Transport specialists agree that the first vehicles commonly seen on our highways and motorways will be carrying freight, rather than human beings.

So how soon will we regularly see autonomous trucks on a street near us? According to the American Transportation Research Board’s 96th Annual meeting in January 2017, driverless trucks could become a regular sight on US highways within 5 years. Regular appearance in urban areas is, however, a slightly less likely scenario. At present, the technology is still being developed to deal with the unpredictable nature of driving in an urban environment – what if someone runs out on the street? What if there’s a cyclist? What if a car makes an unpredictable manoeuvre? With these factors in mind, current trials are focusing on autonomous operation on major roads and highways, with the plan being for truck drivers to meet the trucks at exit points and guide the trucks into towns and cities.

The race for autonomy

In the race to become market leaders, Volvo achieved a world ‘first’ with its fully autonomous truck operation conducted deep underground in the Kristineberg mine, in northern Sweden on 7 September, 2016. Using various onboard sensors to monitor its surroundings and an on-board transport system to gather and analyse the data, the specially equipped Volvo FMX truck travelled a distance of 7 kilometres, reaching a depth of 1,320 metres. Volvo has since gone into partnership with Swedish mining group Boliden to further develop the technology, but the company’s investments don’t stop there, it’s also formed a $300 million alliance with Uber Technologies to develop self-driving cars and is developing platooning technology.

Hot on its heels, on 20 October 2016, the Uber subsidiary Otto conducted the world’s first revenue-generating delivery of 51,744 cans of Budweiser by an autonomous truck. Travelling from Fort Collins brewery in Colorado to Colorado Springs, the truck was fully autonomous for the 2-hour journey, with a driver present to guide it on and off the highway. In total, the truck covered 120 miles of highway, with the trucks travelling an average speed of 89kph (55 mph). Otto is currently conducting trials with six autonomous trucks, on interstates 101 and 280 in the San Francisco Bay area.  Uber is so convinced that this is the way forward, it is also setting up a brokerage arm that will locate drivers and trucks with capacity and direct them to a pick-up point.

In recent months, interest in this field has grown exponentially. Nvidia, famous for gaming chip technology, is now focusing on artificial intelligence and has gone into partnership with PACCAR, one of the world’s largest truck manufacturers, to develop autonomous vehicles. Additionally, new players such as Einride, Embark and Starsky Robotics have emerged. Einride, a Swedish company, is developing electrically powered driverless trucks, promising a greener, safer and more economical future for haulage; the Californian company Embark has launched self-driving technology, designed to ease driver fatigue on long journeys. Interestingly, San-Francisco-based Starsky Robotics has developed self-driving trucks that can be guided when off the highways by a trained driver, using remote control. They've also gone one step further, created a robotic retrofit framework that drives like a human driver, pushing the pedals, turning the steering wheels and changing gears on command. On February 3 2017, Starsky conducted their first trial, with a Freightliner Cascadia autonomously shipping 5,000 pounds of freight 120 miles across a highway and another 20 miles with remote guidance, from Orlando to Fort Lauderdale.

By far the most significant step toward fully autonomous capability is the use of artificial intelligence and both Starsky and Embark use artificial intelligence systems known as deep neural networks to process the millions of data points collected. Incredibly, this technology will help the truck learn from its past experiences. This end-to-end deep learning is also being developed by Nvidia, with their PilotNet and Drive PX AI software forming onboard computers that allow the vehicles to emulate human driving practices. 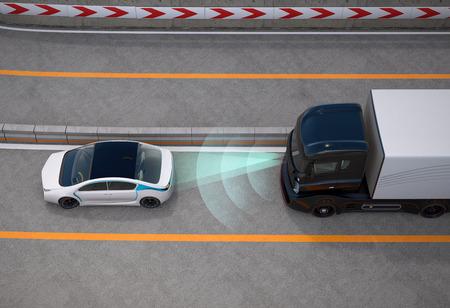 A number of factors are behind the push for autonomous trucks. A global shortage of truck drivers – currently standing at 48,000 alone in the USA – the need for cost savings and improving safety are the most common reasons cited. The safety profile of these trucks will, inevitably, be an object of intense scrutiny, especially given the not-so-clean safety record for cars in driverless mode. In 2016, both Tesla and Google Lexus were in the news for incidents involving cars in driverless mode – in the case of Tesla, involving a fatality - while in March of this year, Uber had to suspend its driverless car pilot after a collision in Arizona.

The impact of autonomous vehicles on the job market will also need to be closely monitored. Helping to meet driver shortfall in the short term is great, but how will this affect employment opportunities for truck drivers? Undoubtedly, drivers will always be required to guide the trucks into the cities, either within the cab or by remote control. The impact may also be positive, with drivers spending less hours on the road away from home, but receiving long-haul rates of pay. Inevitably though, industry specialists around the world will have to closely monitor the situation, with training specialists having to adapt accordingly.

How expensive is the tech?

Although retrofitting the technology required to monitor surroundings is relatively easy - a combination of radars, GPS, LiDAR laser detection units, high precision cameras and onboard computers are required  –  research from the American Trucking Association and the American Transportation Research Board indicates that costs will initially be high. Estimates vary widely – from $15-$40,000 per truck – depending on the level of autonomy required, so the cost benefits would have to be clearly set out for the industry. Actual running costs would be higher, incorporating inspections, software upgrades and maintenance.

Platooning – convoys of the future

Research and development isn't solely focused on full autonomy, companies are also looking at driver-assisted ‘platooning’. A ‘platoon’ is essentially a semi-automated convoy, where trucks closely follow each other, driven by smart technology and constantly communicating with each other. The cost-saving benefits are clear: the trucks can travel at a constant speed, incredibly close to each other, lowering fuel consumption, reducing CO2 emissions and taking up less space on the road. Drivers are on board the trucks, ready to take over as the trucks peel away from the platoon and take them to their final destination. 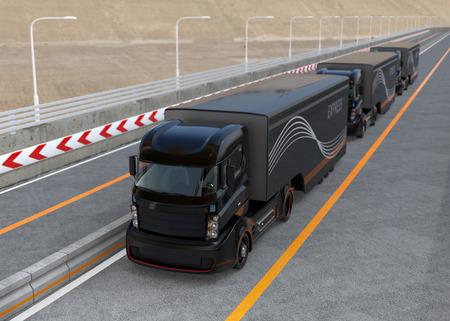 There’s been interest in this technology on both sides of the Atlantic, with Peleton Technology in the USA and several European manufacturers – including DAF, Daimler, Iveco, MAN, Scania and Volvo – trialling and developing driver-assisted platooning. While in Singapore, VW Scania has signed an agreement with the Government to implement the world’s first full-scale autonomous truck platooning operation, ferrying cargo between ports and public roads.

In conclusion, the future of autonomous trucks isn't a question of when, it’s now. Autonomous trucks may not be on a street near you for some time, but they will appear on major motorways and highways across Europe and the USA in as little as 5 years’ time. The industry – and society as a whole – will have to learn to adapt and embrace this technology, because one thing’s for sure, it’s nearly here.