Sweepers operate in many different environments, for example in urban areas where cleanliness is a priority for quality of life. The necessity of efficient surface sweepers is even more paramount in situations where foreign objects pose a real and present danger to the operation of modes of transportation such as aircraft. The efficient operation of sweepers in these environments is crucial, as is reducing the risks of accidents. The adoption of autonomous technology reduces the chance of collision with vehicles on the runway and aircraft, which can lead to serious accidents and expensive aircraft repairs.

Aircraft manufacturers estimate that FOD (Foreign Object Damage) costs the industry $4 billion a year. In addition to the costs of repairing damaged aircraft, the aviation industry incurs many indirect costs, among which are flight delays, decreased fuel efficiencies, workforce absences, and legal cases.

Westfield and Bucher Municipal, along with LiDAR technology from LeddarTech, have come together to address these problems.

Attend this webinar and:

• Understand the environmental and staffing requirements for sweeping

• Identify the application environments of the Autonomous Sweeper

• Potential markets such as Airports, Councils and Sports venues 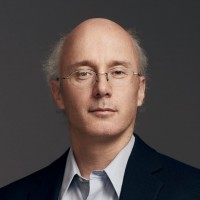 Recognized for his technical expertise as well as his vision, Pierre has numerous years’ experience in the development of high-tech products. Upon graduating from university in 1991, he joined CML Technologies, where very early on, his ability to manage projects in a pragmatic and efficient manner became clear. He quickly moved up the corporate ladder, while developing his management skills. Pierre has also designed a number of innovative, adaptable, practical, and robust products that are used worldwide in strategic applications such as emergency dispatch and air traffic control, and he holds several patents for his work. He then continued his career at Adept Technology Canada and at DAP Technologies before joining the LeddarTech team in 2010. Pierre holds a degree in electrical engineering from Université Laval and is a member of the Ordre des ingénieurs du Québec. 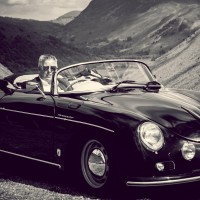 Julian Turner is the CEO of Westfield Technology Group – Consisting of Westfield Sportscars, Westfield Autonomous Vehicles and the National Engineering Academy. He joined Westfield in 2006 as MD after previously working around the globe for The Boeing Company, BAE Systems, Mott MacDonald, Cathay Pacific and British Midland. Julian has been involved in the Acquisition, Risk Management and Integration of a number of companies in both the Global Aviation and Automotive Sectors. He Chairs the Niche Vehicle Network OEM Working Group, is a member of the West Midlands Digital 5G Board, SMMT Regional Engagement Board and has held several Non Executive Positions at Hardy Transaction Management, HICOM Potenza, Potenza Technology and Creative Example. Julian was awarded SME Director of the Year for the Midlands in 2016 and 2019, is a Chartered Engineer, and holds an Honorary Doctorate from Birmingham City University for Electric Vehicle Technology. He is also an Export Champion for the Midlands Engine as led the company to achieve the prestigious Global Autocar Innovation Award.