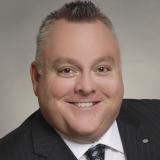 Jim Harkins is director of the Electrified Systems Engineering Division at DENSO International America, Inc. (DIAM) located in Southfield, Michigan. He is responsible for DENSO’s Electric Hybrid Vehicle (EHV) components and Engine Electrical components and systems development in North America. Harkins joined DENSO in 1996 as an application engineer, responsible for the development of starters and alternators for the Chrysler Group. In 1999, Harkins was promoted to senior engineer, where he introduced General Motors Co. and Chrysler Group LLC to DENSO’s segment conductor alternator series. Harkins was appointed to the position of staff engineer in 2001 and later advanced to manager of the Engine Electrical Engineering Department in 2004. In 2008, Harkins was promoted to senior manager of Engine Electrical Engineering Department, where he worked with North American automakers advanced idle stop start systems and eventually on EHV components.

Check out the incredible speaker line-up to see who will be joining Jim.

9:45 AM TIER1 viewpoint on the changing market dynamics