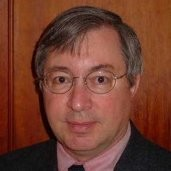 Kenneth Freeman is the Principal Functional Safety Consultant for Safety and Systems LLC and was a Functional Safety Manager for Hella Electronics Corporation (HEC).  He joined HEC in February 2014, first as a US Systems Engineer for US radar products, and since September 2014 as US Functional Safety Manager.  He received an Automotive Functional Safety Professional (AFSP) certification from SGS-TUEV Saar.  Since August 2011 he has had Functional Safety responsibilities at Autoliv Electronics and Toyota Engineering and Manufacturing.  He is a member of the SAE Technical Committee on Functional Safety and the US Technical Advisory Group for ISO 26262 (ISO TAG22/SC32/WG8).  He is currently investigating getting the necessary results of 26262 in the most efficient way, especially to estimate FuSa impact when quoting new business and later to establish safety goals.  In addition he provides the functional safety of current design projects.  Previous to his Functional Safety roles he was a Systems Engineer at Visteon on ADAS systems, a power electronics engineer at Ford/Visteon for Electronic Throttle Control, and at Lockheed Martin he was a flight power system design engineer and a power system nuclear survivability engineer.  Between his aerospace and automotive phases, he was the Electrical Engineer for the GEM Detector for the Superconducting Super Collider.  He earned a BS at Northwestern University with major in electrical engineering

Check out the incredible speaker line-up to see who will be joining Kenneth.

12:00 PM C | SOTIF - WHAT IT MEANS FOR SEMICONDUCTOR COMPANIES