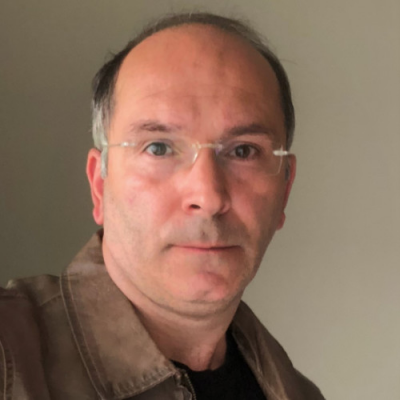 Mustafa Karamuk has received his B.S. and M.S. degrees in Electrical Engineering from Istanbul Technical University in 1994 and 1998, respectively. Since 2016, he has been studying towards Ph.D. degree at Mechatronics Engineering Program at Istanbul Okan University.

From 2001-2007, he worked at Control Engineering Department of Danfoss Drives R&D Center in Denmark, where he performed various development tasks on flux vector control, sensorless control, and application functions of induction motor drives.

In 2007, he worked at IAV GmbH in Germany on the development of electrical drives for hybrid electric vehicles.

From 2008-2014, he worked at FIAT-TOFAS R&D Center and OTAM (Automotive Technologies R&D Center) in Turkey, where he involved in electric vehicle projects and performed application software development of vehicle control unit, electric powertrain development, and system integration as well.

From 2014-2015, he worked on development of solar inverters at Mavisolar, a group company of DMY Electronic Investments in Turkey.

From 2015-2017, he worked at Arcelik-WAT motor company in Turkey, and performed various R&D, marketing and business development tasks for industrial motor drives.

Since 2017, he has been working as senior R&D engineer on electrification projects at Advanced Powertrain Systems Department of Ford Otosan R&D Center in Turkey.

Check out the incredible speaker line-up to see who will be joining Mustafa. 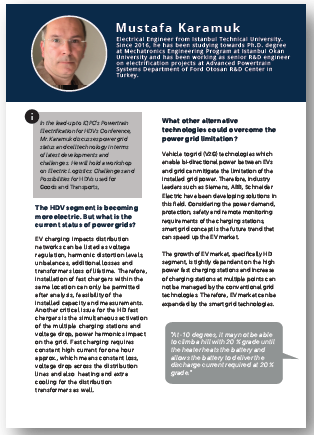