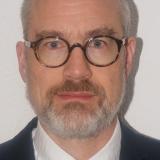 Dr. Hermann has worked with Volvo Car Corporation AB since 2011, and was appointed Technical Expert in 2014 within the area of Visual Performance and Display Technology. He has been deeply involved in display developments for the all-new SPA platform vehicles as well as display improvements for the preceding vehicle platform. Dr. Hermann worked for Sintermask GmbH in Germany 2009-2011 and for Sintermask Technologies AB in Sweden 2005-2009, with the development of optical technology for additive manufacturing machines. Dr. Hermann worked at Chalmers University of Technology 1992-1998 and 2000-2005, within liquid crystal physics and optics, and obtained his PhD in Physics in 1997 and title of Docent in Physics in 2001. He was a postdoc in 1998-2000 in Japan and Italy. He graduated in 1992 from Uppsala University.

Check out the incredible speaker line-up to see who will be joining Dr. David.